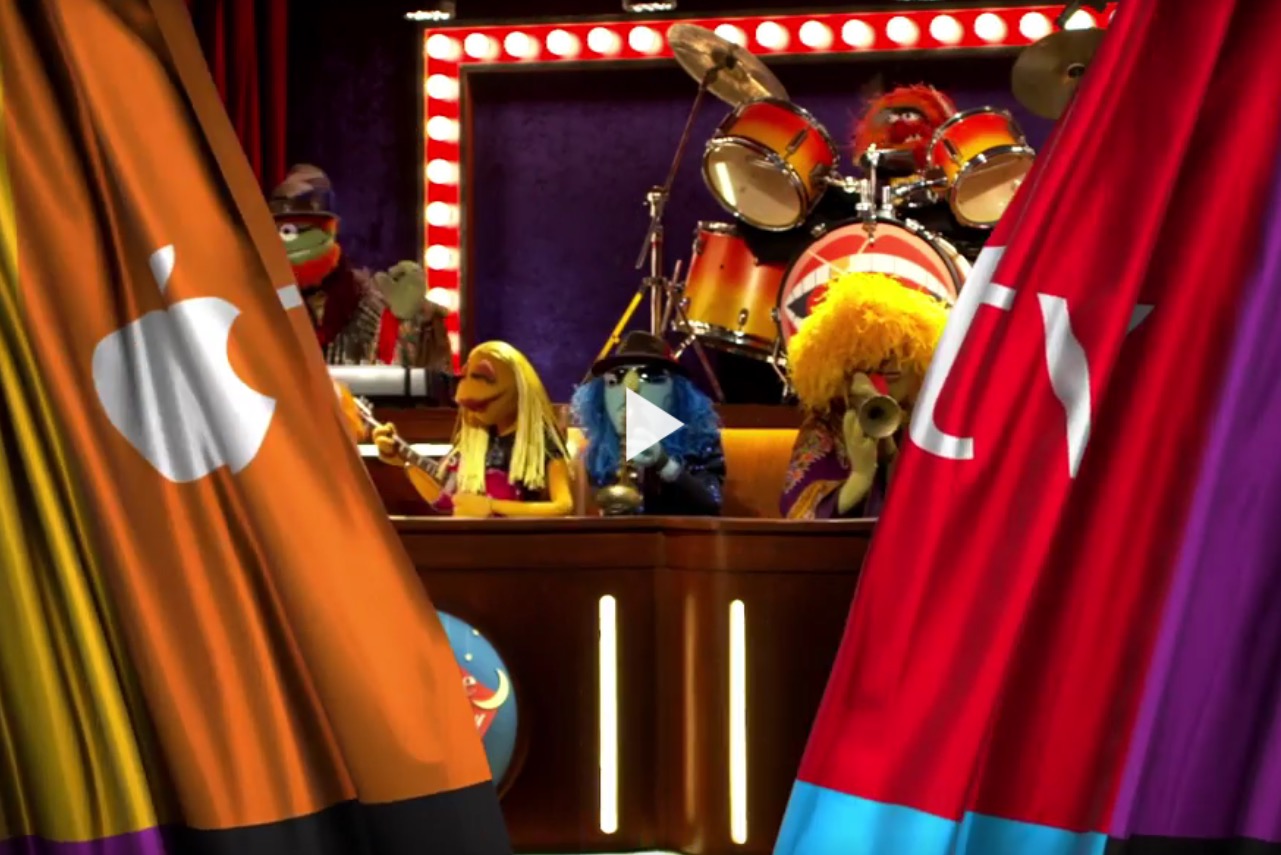 Yesterday, Apple published five new ad spots for various apps on the platform, including Disney Infinity 3.0. Crossy Road, HBO Now, Asphalt 8, and Netflix. Not content with that onslaught of promotion, Apple has added an additional new 15-second video to its YouTube channel in an effort to showcase ABC’s streaming video offering.

In the humorous ad, which features popular Muppets characters Fozzie Bear and Kermit the Frog, users are shown how to access ABC channel content by means of the Apple TV’s Home screen.

Watch ABC is the video streaming app offered by the American Broadcasting Company, which is owned by Disney, who also happens to own ESPN. The Watch ABC app allows users to stream popular TV shows found on the ABC network, such as The Muppets, Agents of S.H.I.E.L.D., and others.

These, and many other shows are offered on-demand, with some content being offered for free with ads. Other on-demand offerings within the app do require a valid Cable TV subscription, as does the live streaming option.

Unfortunately, not all cable subscriptions are deemed as “valid”. For example, I subscribe to Time Warner Cable, and although it’s one of the biggest television providers in the US, it’s not considered to be a valid provider according to ABC.

But the point of this post isn’t to go on a rant about how cable companies and broadcast networks are ridiculous (they are). It’s to highlight the new 15 second ad spot, which brings Apple’s total amount of Apple TV ads launched this week to half a dozen.

What are your thoughts on the ad? Do you think it’s effective?