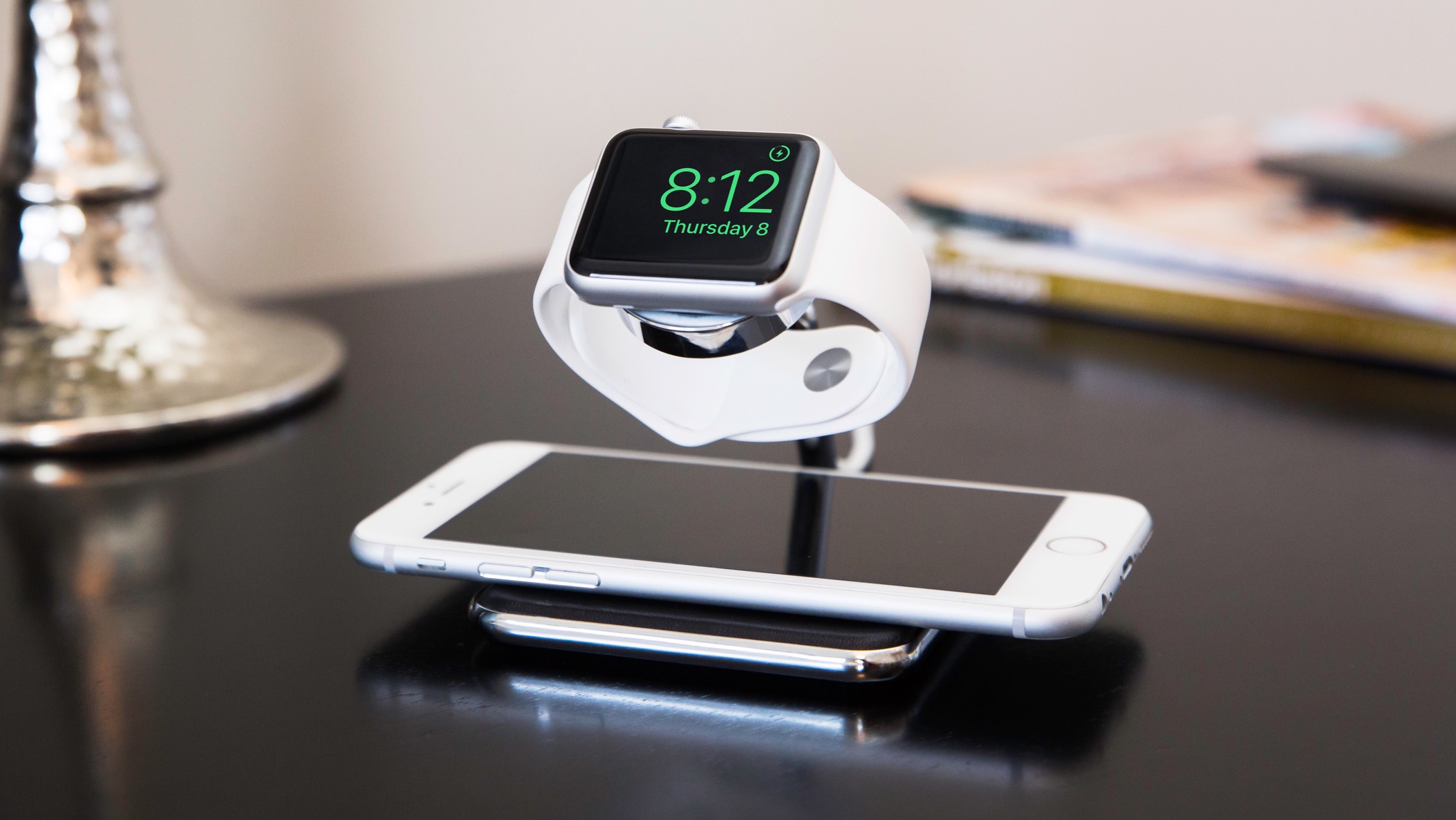 Soon after the launch of Apple Watch, Twelve South released HiRise, its first charging stand for the digital timepiece. Our review of the $50 accessory detailed it as a solid product that did its job well, with its durable build and aluminum finish giving it a pleasantly subtle design.

Now, Twelve South is back with Forté, a bolder, more luxurious Apple Watch stand that is designed to be more versatile while remaining true to Twelve South’s Apple-like design paradigm. Supporting closed and open bands, portrait and landscape charging, and a docked Apple Watch and iPhone, Forté shines with the aura of a stand that could’ve easily been designed by Apple. And by selling it in their online and retail stores, Apple has, in a way, put their stamp of approval on Forté. 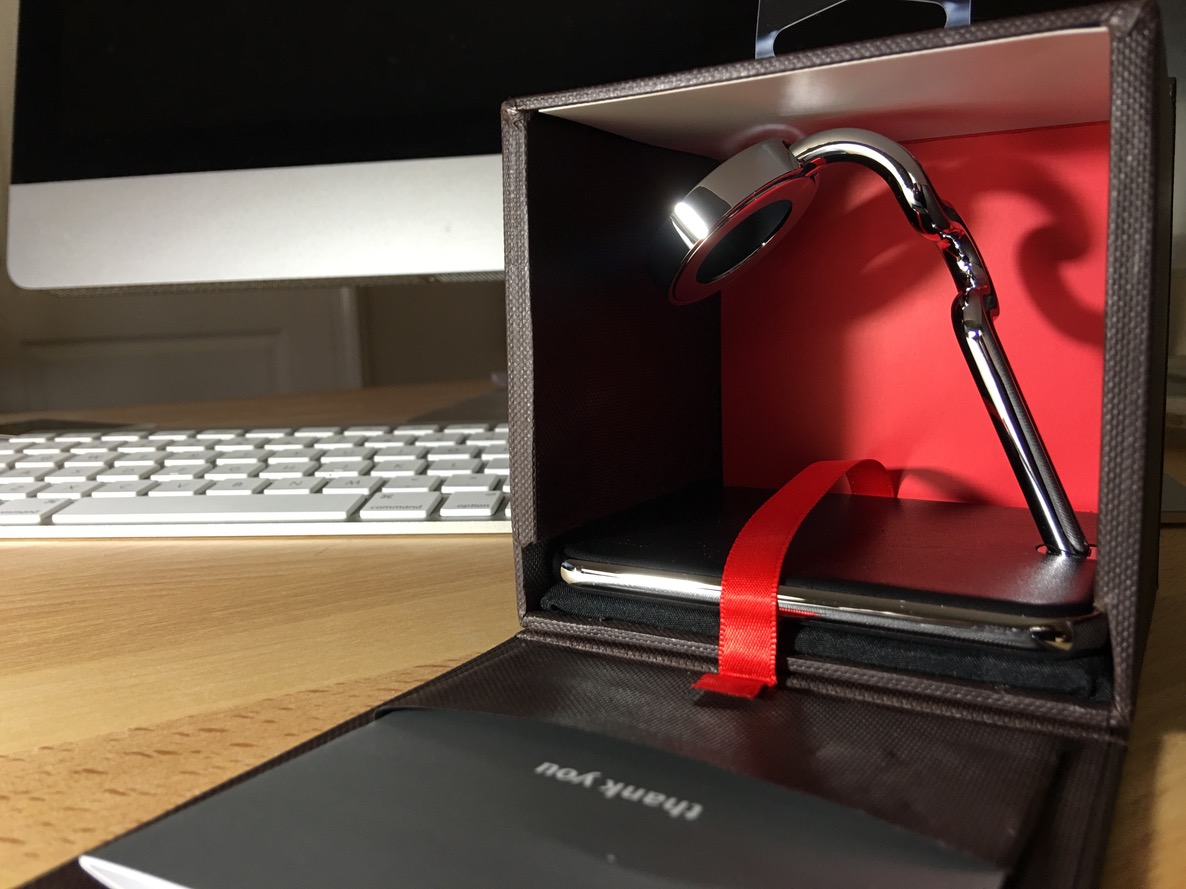 The initial unboxing experience of this stand is where the luxury label Twelve South has placed on Forté is first realized. Its magnetically-fastened box folds open to reveal the shiny Apple Watch stand, which is neatly held in place by a red ribbon. Once out of the package, Forté’s chrome finish and leather-topped base look even more impressive. A rubber pad underneath the stand prevents slippage on a desk or nightstand surface, and the weighted bottom gives it a premium feel in hand and removes any doubt of its sturdiness.

Although Apple will eventually begin allowing third-party Apple Watch charging cables, which will mean stands with integrated charging, Forté currently has to rely on your existing cable to power a docked Apple Watch. The wireless charging disk fits neatly into the stand’s head, with the cord firmly resting inside the winding arm. There is a circular chrome piece that fits over the charging disk to both keep it in place and unify the look of the stand, but the cord down the back remains exposed on the rear-facing side that isn’t encased by the stand’s arm. A rubber ring also fits around the charging disk to protect the metal finish on the underside of a mounted Apple Watch, while the charger’s magnet keeps a steady grip on the device. 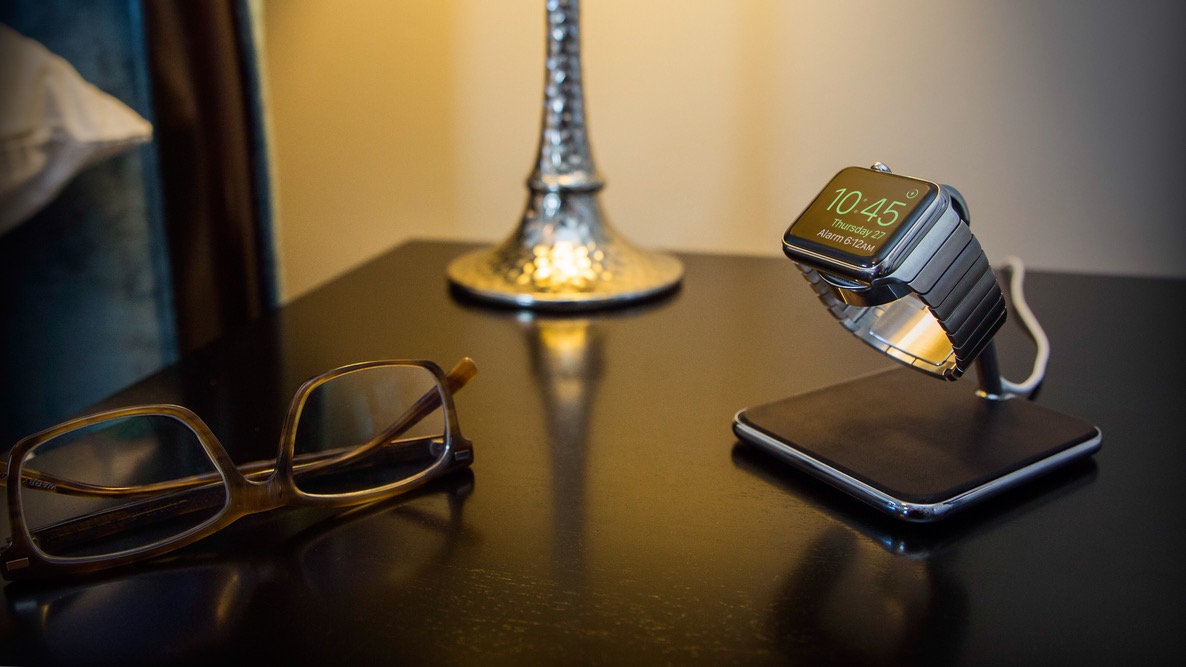 Forté can accommodate Apple Watches with bands of all types – both open like the Sport band and closed like the Link Bracelet – in both portrait and landscape, meaning it fully supports watchOS’s Nightstand mode. If you have a closed band or charge Apple Watch in landscape mode, there’s also room for an iPhone to lie on the base. Otherwise, the leather covering makes a nice, protected resting place for a low-hanging band.

There are really very few negative points to be found with Forté, but one downside with the build of this stand I could mention is that a closed band, such as the Link Bracelet, that’s fitted for a particularly small wrist may not fit vertically with its clasp closed. Of course, this isn’t a definitive reason for someone with tiny wrists not to buy Forté, as landscape mode or an unclasped band are both working options for using the stand with any sized band. 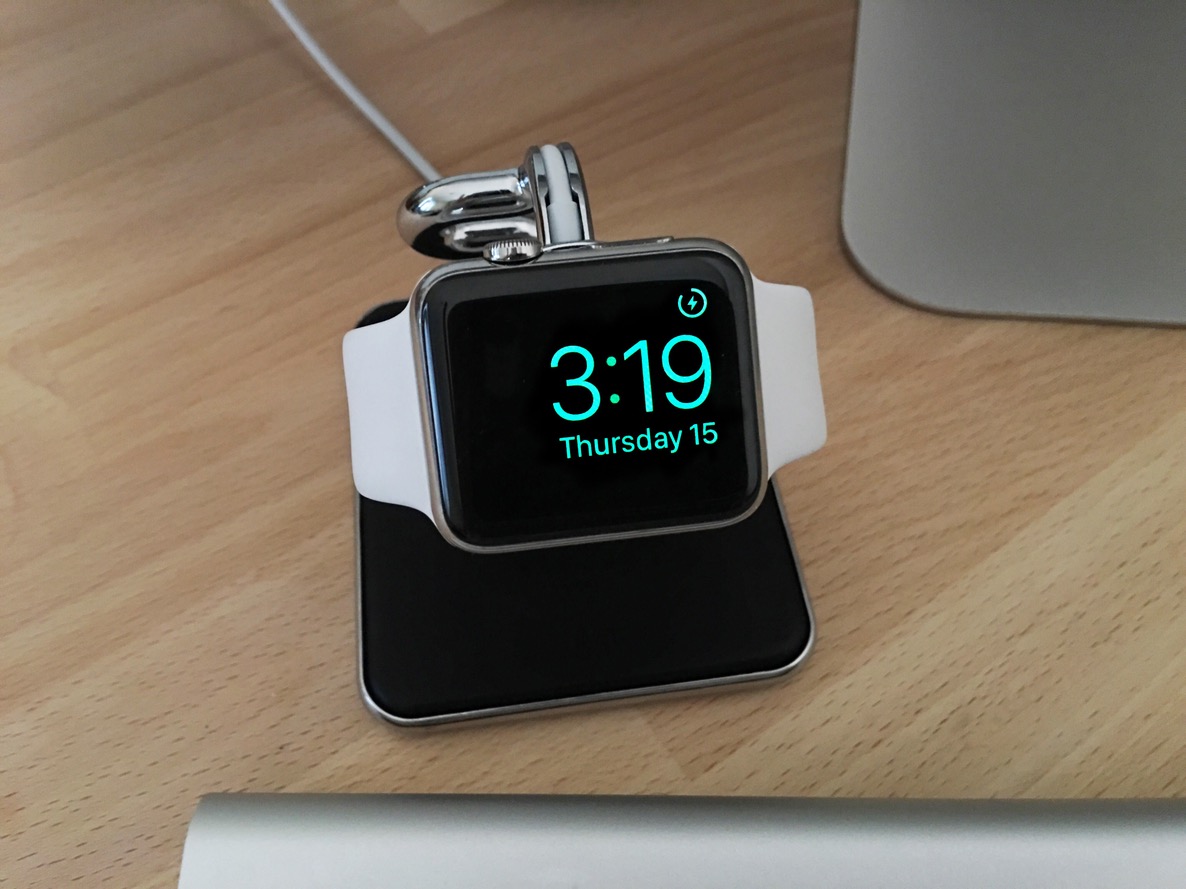 A second complaint would be that the charging cord remains partly exposed when running down the arm of the stand, but this is almost a non-issue, since it is only visible from the top and back of the stand and nearly becomes unnoticeable when Apple Watch is resting in portrait. The stand could look better if the cord was hidden, but in reality, it looks very, very nice regardless.

The main reason a prospective buyer may want to consider a different stand is if they have a Gold- or Rose Gold-colored Apple Watch. While Forté looks excellent with a stainless steel or even aluminum Watch, it may not match the tones of gold Apple uses, particularly in the Sport model. However, which colors this stand does or doesn’t match is rather subjective, although I do think Forté looks best with a stainless steel Apple Watch, as the chrome finish blends with it very well.

Nitpicks aside, Forté for Apple Watch is a stunning accessory with a clear element of luxury in its design. The build quality is solid, and its aesthetics are every bit of eye-catching. When I first unboxed it, a family member repeatedly described Forté as “gorgeous,” and she went on to exclaim that it “looks like something Apple would make.” 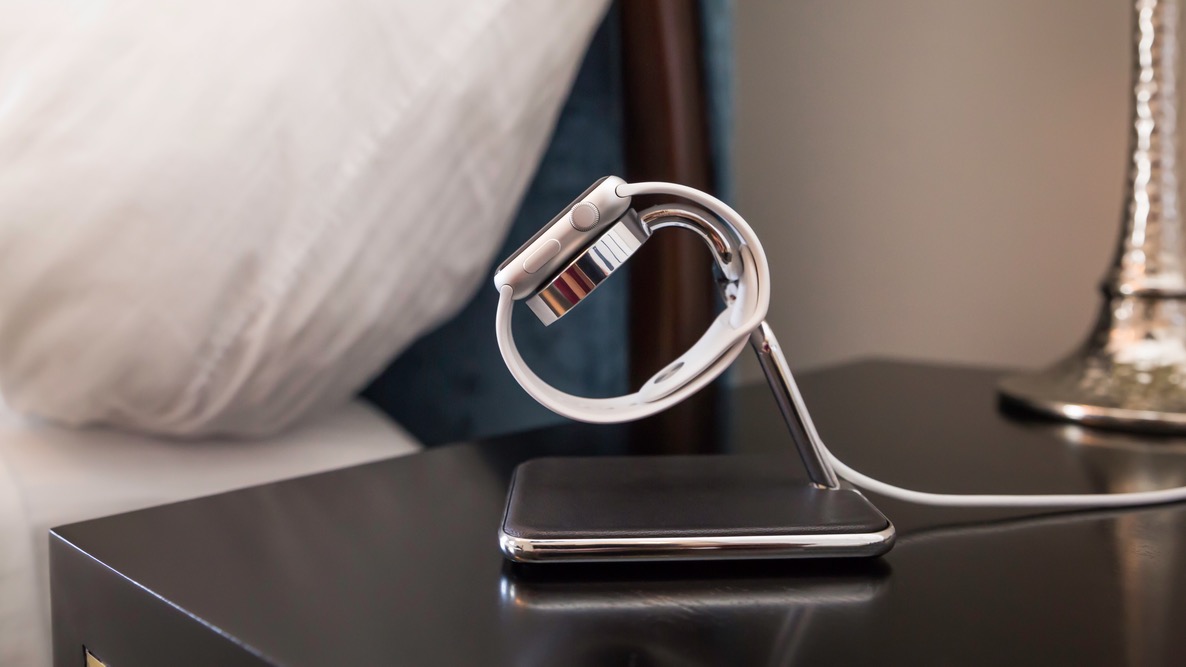 And I completely agree. There’s a reason why Apple is selling the stand in stores – Twelve South has been in the business of creating premium accessories exclusively for Apple devices for years, and Forté lives up to the design standards that Apple users have come to expect. It’s easily the best stand for Apple Watch on the market.

Forté is priced at $60 – only $10 more than HiRise, its more subtle predecessor – a somewhat expensive but fully justifiable price for an Apple Watch stand of this quality. You can purchase Forté from Amazon, Apple’s online store, or select Apple retail stores.

Other Apple Watch stands worth considering: