Twelve South, a premium and Apple-exclusive accessory maker, on Wednesday announced a version of its HiRise charging stand for the Apple Watch, which is scheduled to hit store shelves on April 24.

The HiRise for the Apple Watch docks your smarwatch while accommodating all of the official bands from Apple. The stand will be launching in May, priced at fifty bucks a pop.

It will be offered in silver and black finishes. The company has yet to announce pre-orders for the accessory.

Just like HiRise for iPhone, the Apple Watch edition of the accessory has a brushed metal base with a non-slip rubber at the bottom and features an extension which kinda floats your device in mid air. 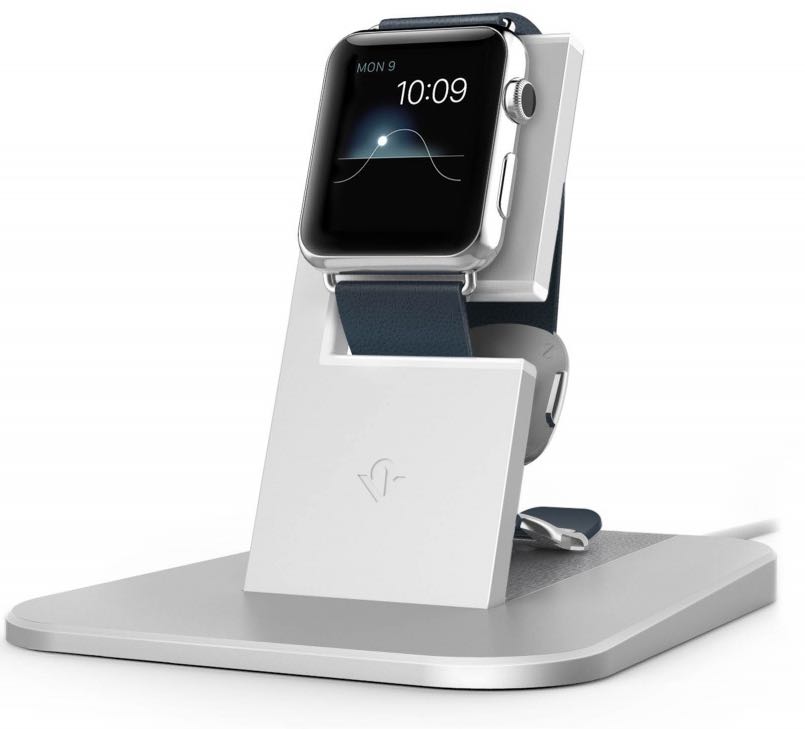 You’ll be able to see alerts, reply to messages, check time at a glance and use apps while your Watch is docked and charging. The stand is angled just right so you can see your Watch screen while lying in bed or glancing over at a countertop. 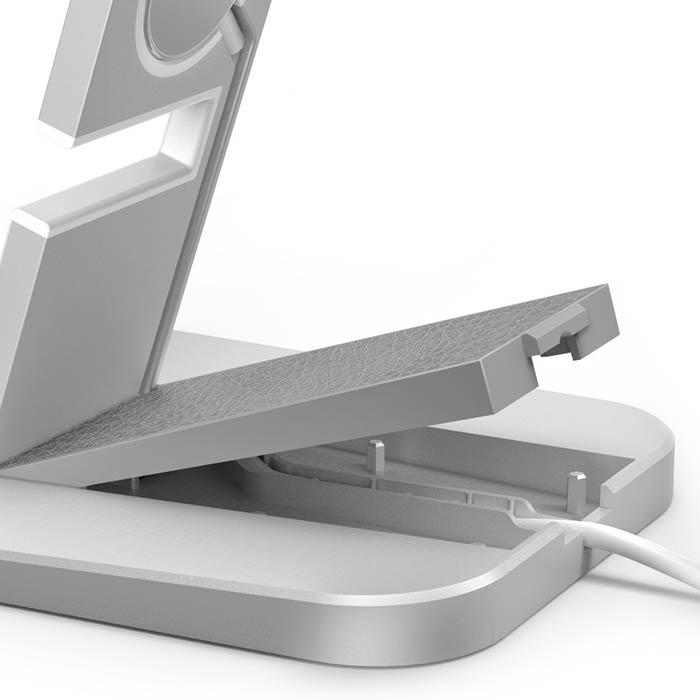 As seen above, the stand’s metal frame features a pop-out disk and another cutout through which both your Watch’s band and the charging cable tuck away behind out of sight. The cutouts are silicone-lined and there’s a leather landing pad in back so there’s no worry that inserting a Watch might damage it, the band or metal clasps with nicks and scratches.

“HiRise is designed so you can quickly and easily insert and remove the charging disk that comes with your Apple Watch,” said the firm.

To begin charging your Watch while it’s docked, you just press the magnetic disk on the end of the charging cable into the round, silicone-lined cutout on the HiRise stand and route the cable down and out the back. 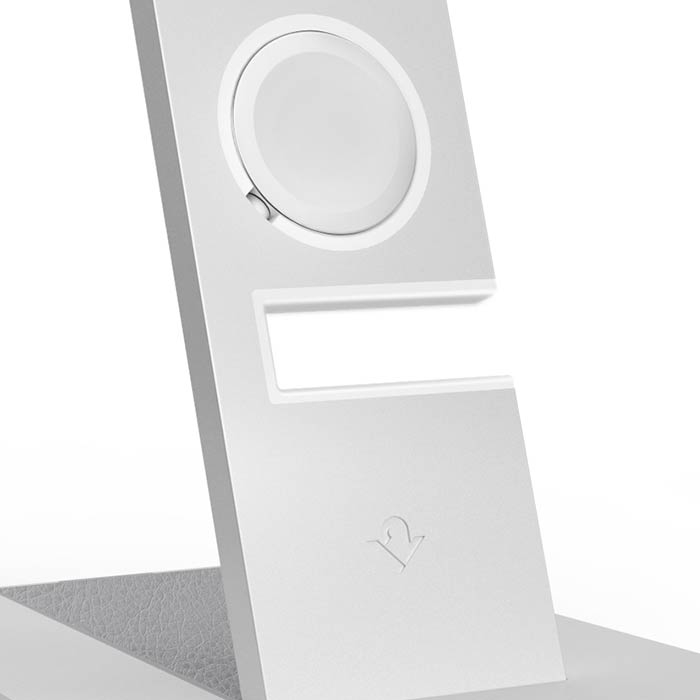 “When you need to take your cable on a getaway or business trip, simply pop out the disk and go,” reads the blurb.

“A silicone-lined notch neatly manages the lower portion of the Apple Watch band, carefully training it behind the stand, rather that letting it pile up in front,” assures Twelve South.

The HiRise for Apple Watch is launching in May for $49.99.

Just provide your name, email address and country of residence and the company will ping you when the HiRise for Apple Watch becomes available.

The Apple Watch goes on pre-order beginning April 10 and is scheduled to ship in the United States, Australia, Canada, China, France, Germany, Hong Kong, Japan and United Kingdom on April 24.