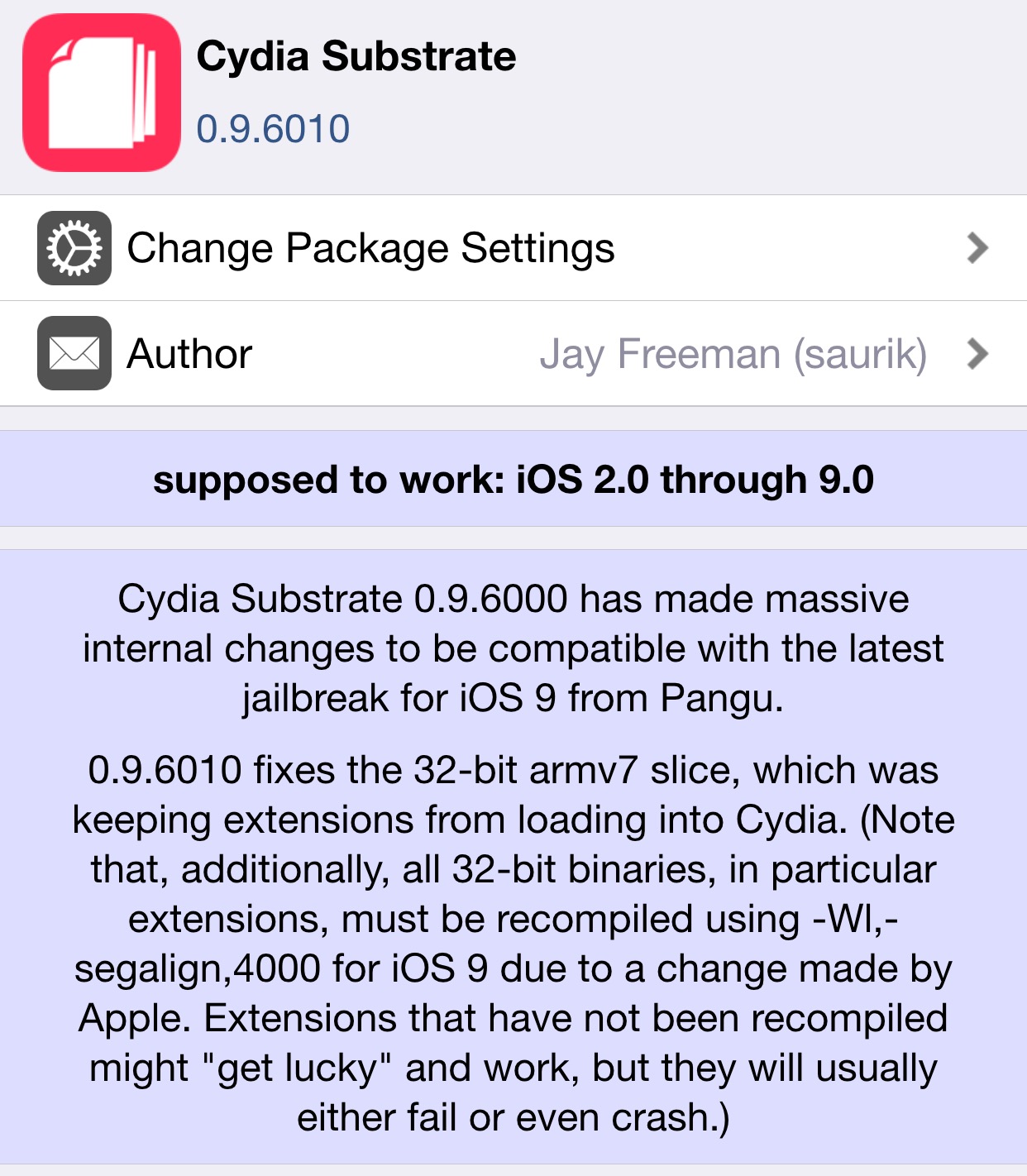 Cydia Substrate received an update this morning that fixes issues with the 32-bit armv7 slice. This update, which is now available for download for all jailbroken users, prevents issues where extensions wouldn’t load into Cydia.

0.9.6010 fixes the 32-bit armv7 slice, which was keeping extensions from loading into Cydia. (Note that, additionally, all 32-bit binaries, in particular extensions, must be recompiled using -WI,-segalign,4000 for iOS 9 due to a change made by Apple. Extensions that have not been recompiled might “get lucky” and work, but they will usually either fail or even crash.)

This Cydia Substrate release comes just a day after the 0.9.6000 release, which yielded initial compatibility with iOS 9. As stated at the outset, it its recommended that all users immediately update to this latest version of Substrate.

Keep in mind that many jailbreak tweaks still won’t work, because developers need time to update them, and purchasing needs to be enabled in Cydia. There are some tweaks that will work right now, most notably tweaks that have been specifically designed with the iOS 9 jailbreak in mind, such as Forcy.

Have you jailbroken yet, or do you plan on waiting a while?