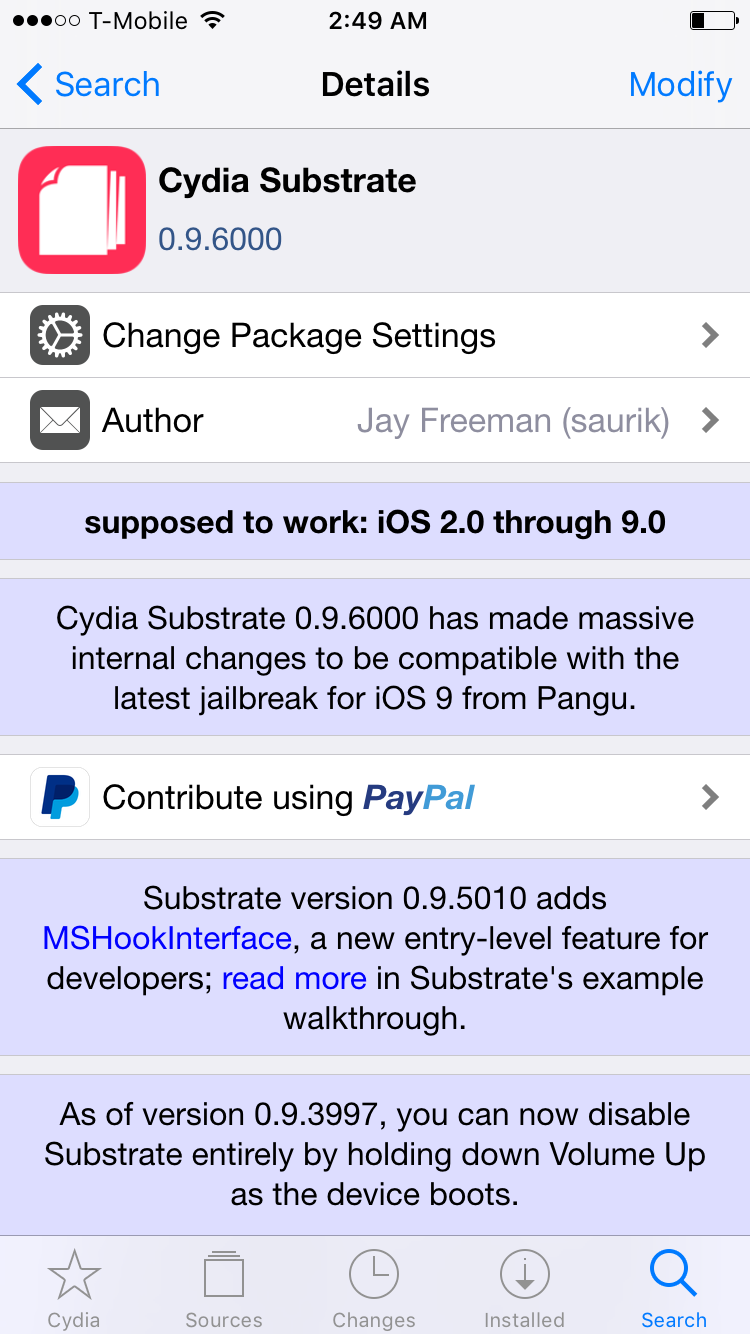 It looks like saurik must have been in the know about the iOS 9 jailbreak, because it comes updated to work with iOS 9 post-jailbreak. As saurik states in the Cydia Substrate change log, version 0.9.6000 brings about significant changes to the package to make it play nice with iOS 9.

The fact that Cydia has been updated immediately is great news for jailbreakers. It means that you don’t have to jump through any hoops in order to get Cydia working on your device right after the jailbreak.

With that established, some of you may still deem it best to hold off for a while. That’s because there simply aren’t many tweaks available that work with iOS 9 yet…

Cydia Substrate 0.9.6000 has made massive internal changes to be compatible with the latest jailbreak for iOS 9 from Pangu.

That brings about the strong possibility that saurik was aware of this jailbreak for some time now. He had at least enough time to adequately prepare a working Cydia Substrate update.

While saurik may have known, I think it’s safe to say that the iOS 9 jailbreak caught many of us by surprise, and that includes developers. With this in mind, it’ll probably be at least a week before many of your favorite apps and tweaks are updated for iOS 9.

Put it this way, you wouldn’t be doing yourself much of a disservice by holding off a few days until all of the inevitable bugs are stamped out, until saurik enables Cydia purchases for iOS 9, and developers get around to providing key updates needed to make their tweaks work properly.

What will you decide to do? Are you jailbreaking now, or are you planning on waiting it out?