As expected, Apple has sent out invitations to for its iPhone event to be held on Wednesday, September 9th, 2015. The event will go down at the Bill Graham Civic Auditorium in San Fransisco, CA starting at 10am PST.

It’s widely expected that the main topic of the event will be the new iPhone 6s and the iPhone 6s Plus. We also expect to see follow-up details on iOS 9 along with its launch date, along with information on OS X El Capitan.

When you ask Siri to give you a hint, Siri has several different responses. Here’s one: 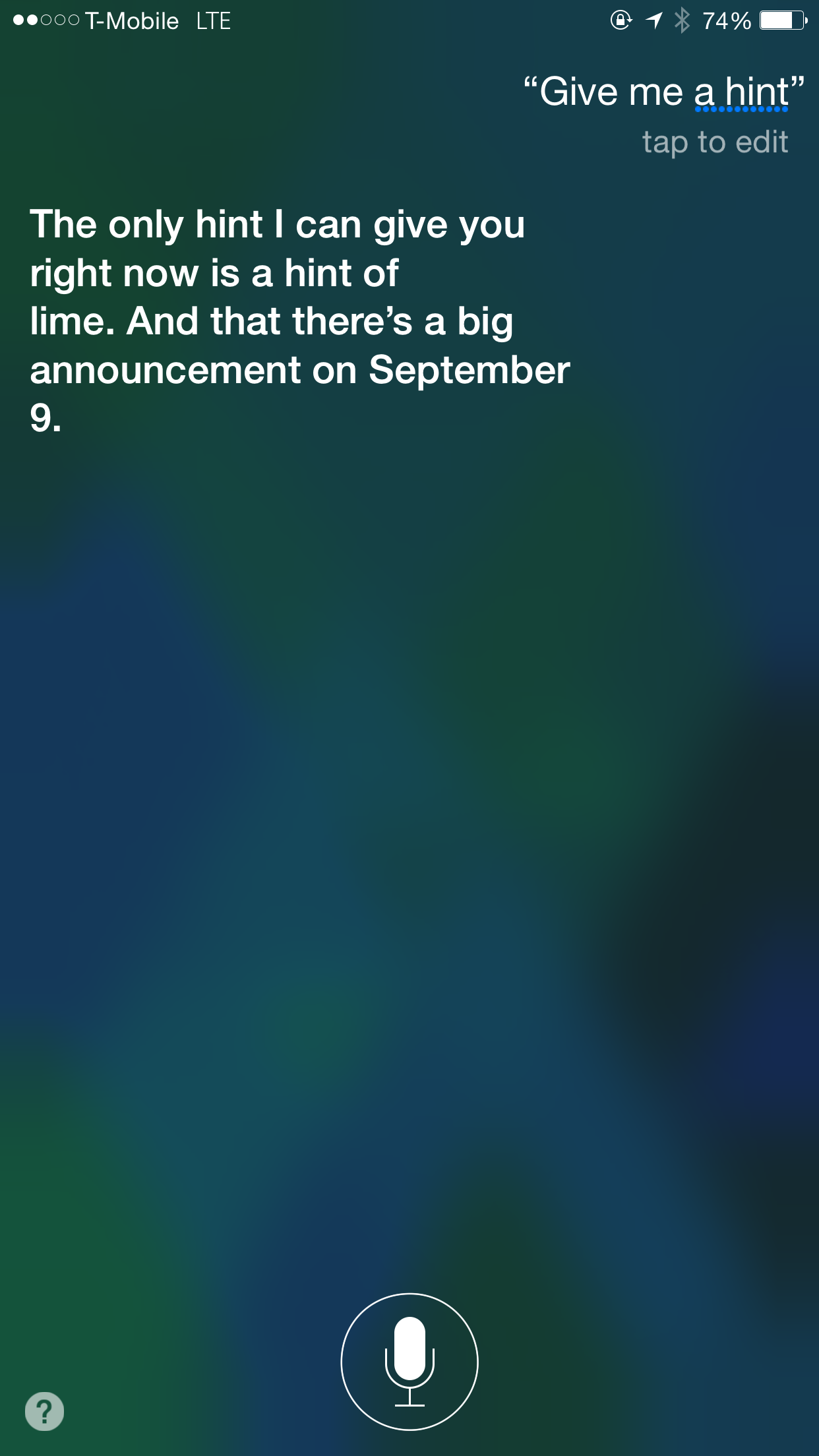 Siri may not be up for indulging much information, but we surely will. With the new iPhone 6s, you can expect things like Force Touch, a much-improved 12MP rear-facing shooter that may be capable of 4K video, a stronger aluminum chassis, 2GB of RAM, and more. Of course, there’s also the many new features brought on by the massive iOS 9 software refresh as well.

As usual, we’ll have up-to-the-minute coverage of the event and all of its news. Apple will also be live streaming this event as it’s done in the past.

The stage is now set. On September 9th, we’ll finally see the wraps taken off the new iPhone 6s, and iPhone 6s Plus. Are you excited yet?