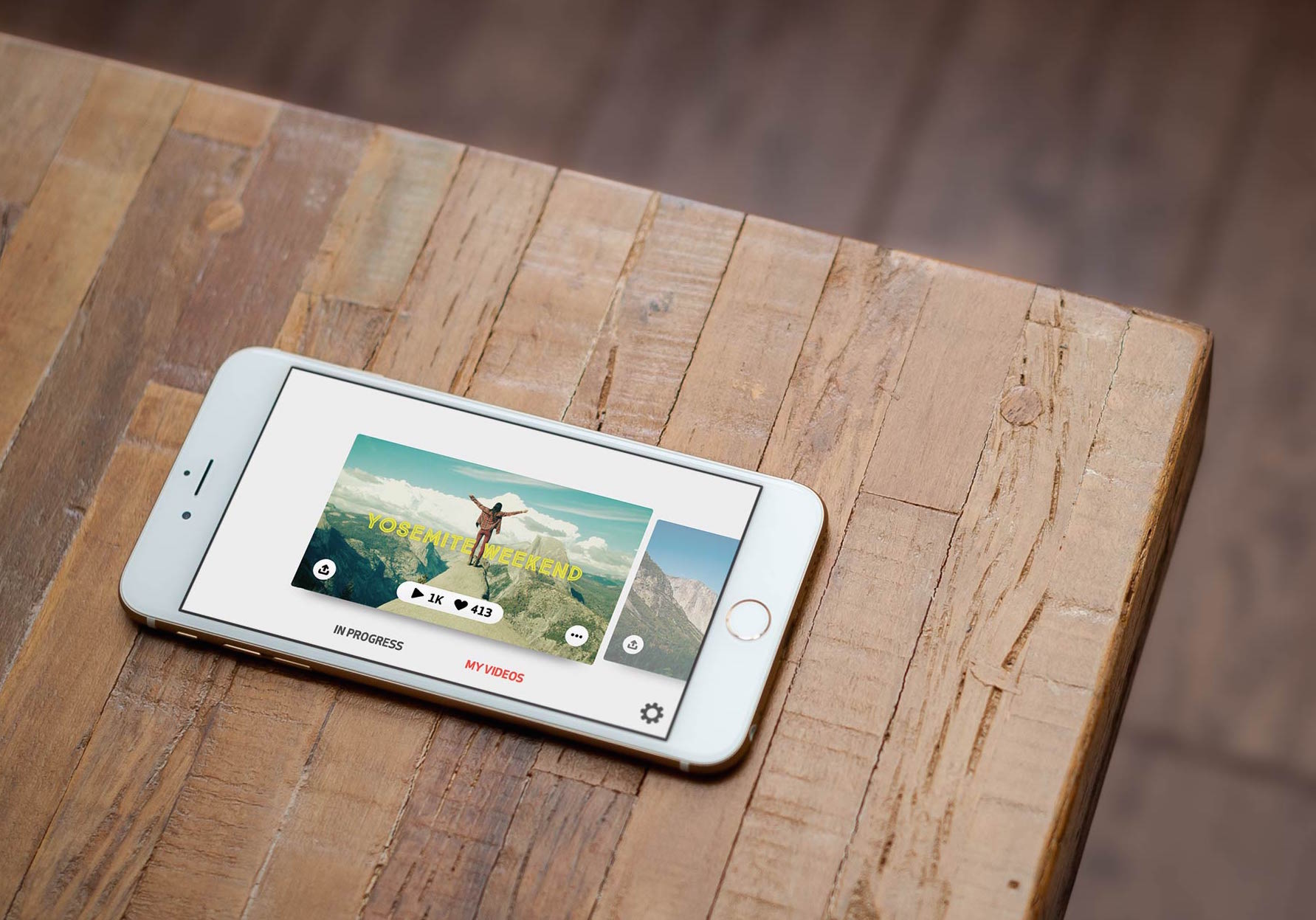 The movie-editing app category has been receiving some renewed love from iOS developers, big and small alike. In addition to Apple’s own iMovie for iOS—free with new iOS device purchases, otherwise a $4.99 download—Camera+ makers have recently launched a video editing app called Vee for Video.

And now Vimeo, the popular video sharing service, has re-released a mobile app called Cameo that the company purchased in May 2014. After rebuilding the app from scratch, it’s now even simpler and more enjoyable to edit cinematic videos on your iPhone, add themes and soundtracks and share with your friends.

It’s one of the more straightforward video editing apps I’ve used on iOS.

Although not quite as powerful as iMovie or as detailed as Vee for Video and other video editing apps, Cameo produces just as stunning results thanks to its stellar templates that let anyone create a pro-looking video in a matter of minutes.

After you record a few clips using the built-in camera, or import existing video from the Camera Roll, you can rearrange them on the timeline any way you like, as well as trim and splice each individual clip in just a few swipes. 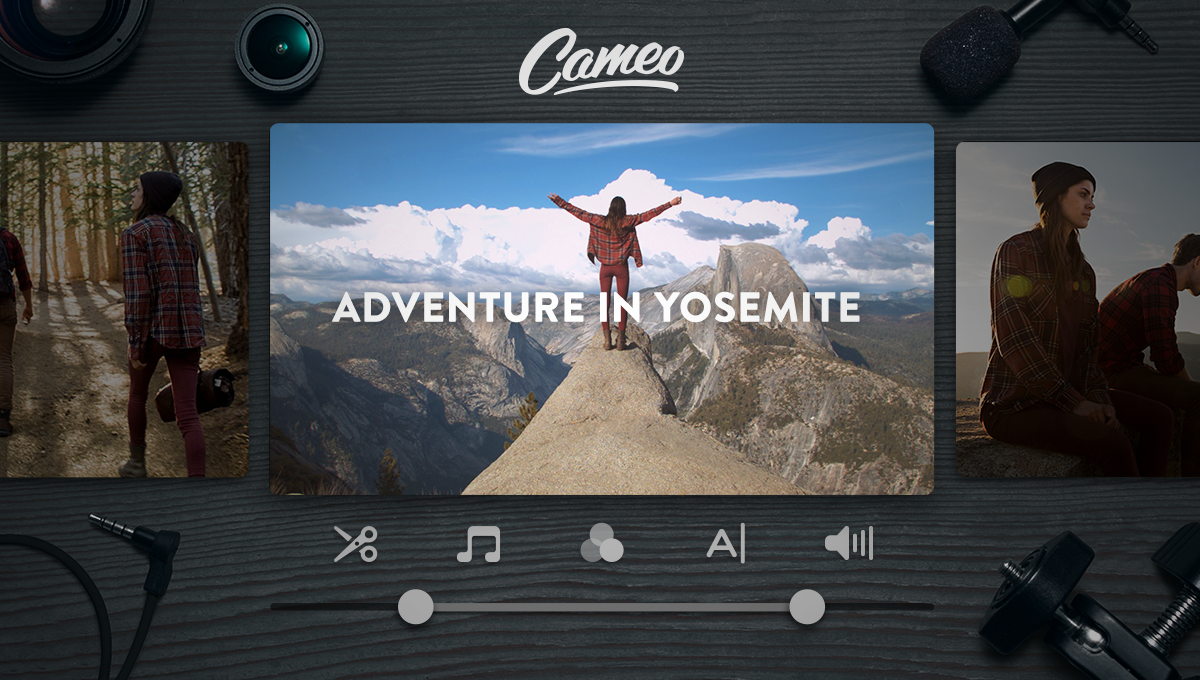 Next, swipe through half a dozen video templates.

These templates really spice up your montage while adding a professional sheen to theme with a theme and soundtrack. Your options here are limited: you can adjust the theme intensity, choose a soundtrack from their carefully curated catalog of tunes and select a typeface and color for your custom video title. 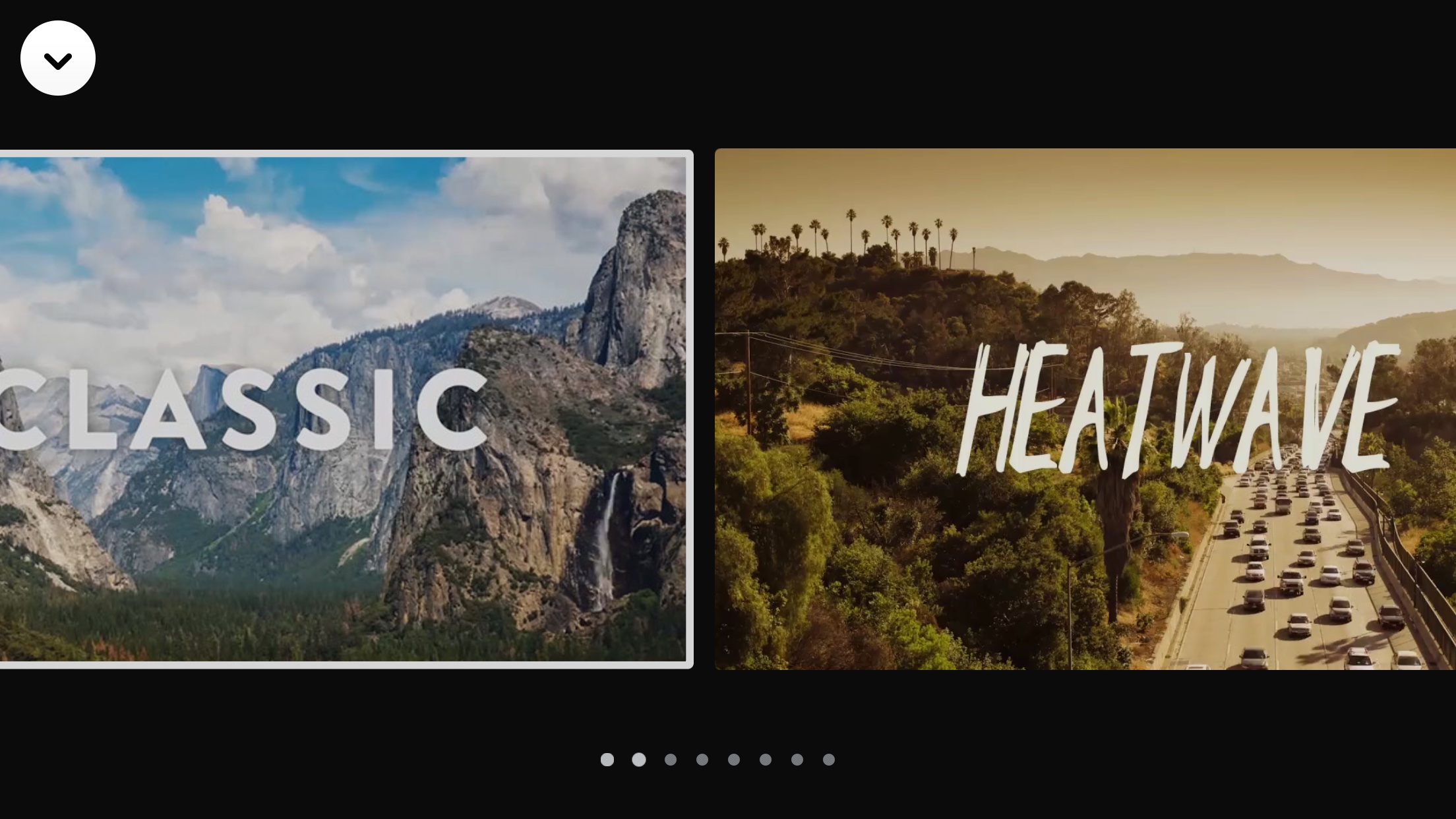 Uploading your cinematic footage on the go is as frictionless as possible. Besides, you can always save the video to your iPhone’s Camera roll, fire up the main Vimeo app and use it to upload videos to the service quickly and conveniently.

In addition to Vimeo, you work can be shared on Facebook, Tumblr and Twitter. And if you’re a logged-in user, your projects will be stored in the cloud. 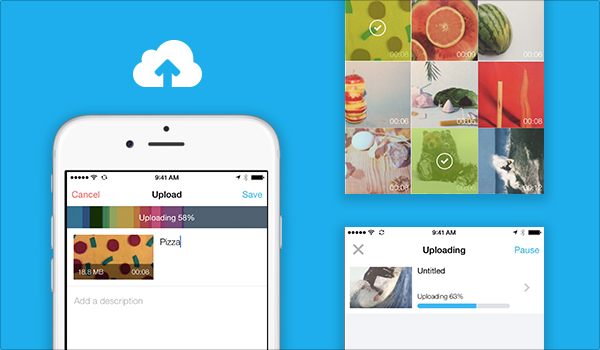 Cameo is currently available exclusively on iOS, but Vimeo has said that an Android version is being worked on. The app launched on the App Store in October 2013 and was listed on the App Store’s Best of 2013 charts.

In my brief hands-on time with Cameo, I was able to turn half a dozen vacation clips that I didn’t quite know what to do with into an attractive, upbeat video presentation.

Filmmaker Paul Trillo used Cameo to capture and edit this short film depicting what it’s like to be an iPhone, seen from the handset’s point of view.

The 78-megabyte download requires an iPhone or iPod  touch with iOS 8.0 or later and is optimized for the iPhone 5, iPhone 6, and iPhone 6 Plus.

Grab Cameo at no charge in the App Store.

Vimeo for the iPhone and iPad is also available free in the App Store.