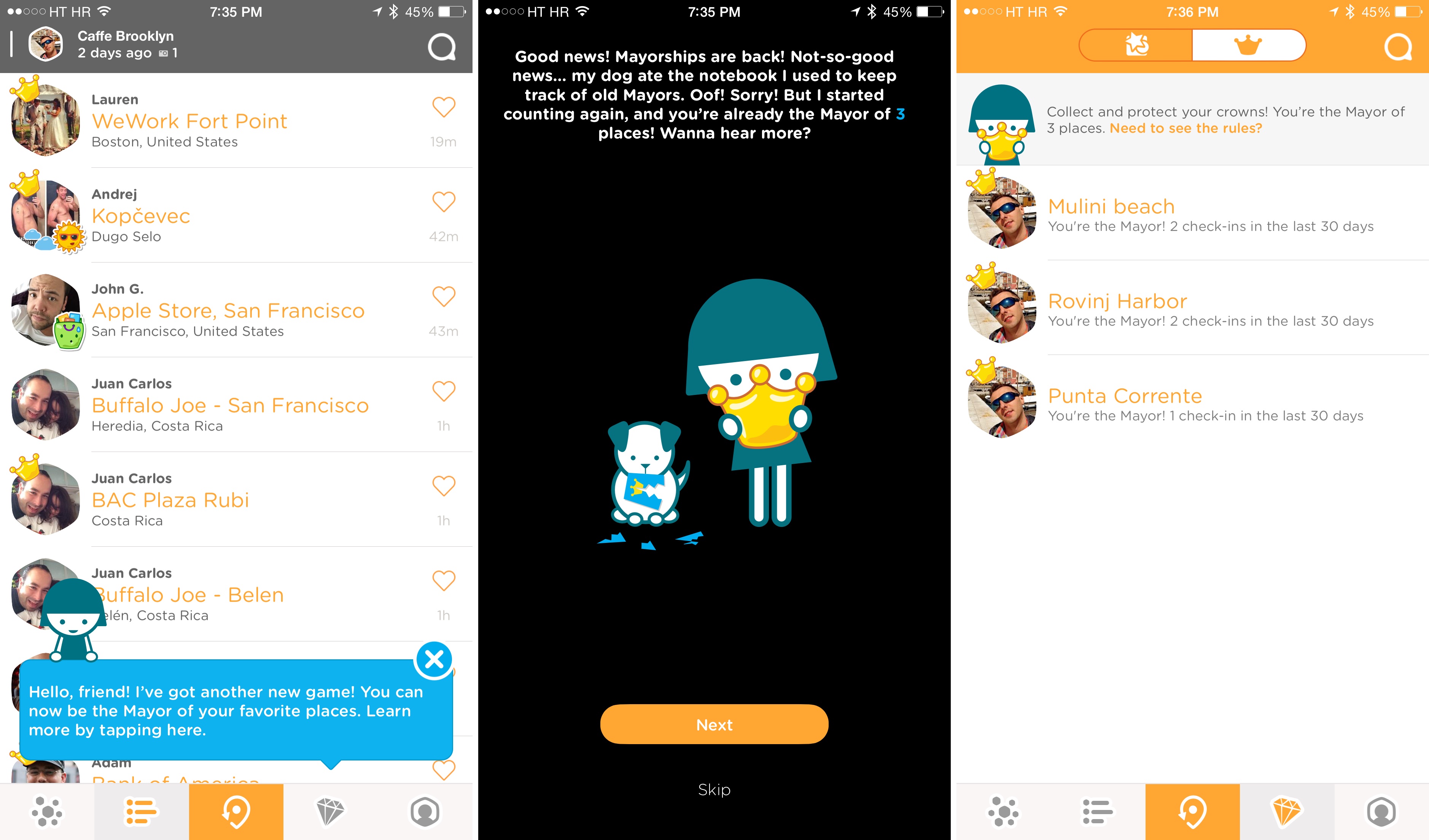 Foursquare unveiled Swarm in March of last year to give the location check-in ability of the main iOS app a brand new place of its own. Not all of the features of Foursquare for iOS have made it into the dedicated app, namely mayorships.

Arguably the most popular feature—especially if you’re into the check-in game—mayorships are now back in the latest Swarm 2.5 for iPhone update.

You can earn them by checking in more than anyone else, which will unlock a shiny new mayor crown.

Specifically, to become a mayor of a place, check in more than anyone else in the last 30 days. To make things more interesting and game-fied, only 1 check in per day counts (ties go to the reigning mayor) and others will be trying to steal mayorships from you.

And when you earn a crown, unlock a sticker, or simply are proud of your check-in, you can now share it to Facebook or Twitter with a single tap.

“And we’ve got even more packed into this release,” release notes tease without specifying the remaining improvements in this Swarm release.

The app makes it easy to check in to nearby places right from your Lock screen with a handy Notification Center widget on iPhones running iOS 8, and includes a WatchKit component along with a glance for your Apple Watch.

The 25.9-megabyte app requires an iPhone or iPod touch with iOS 7.0 or later.

Grab Swarm by Foursquare at no charge in the App Store.