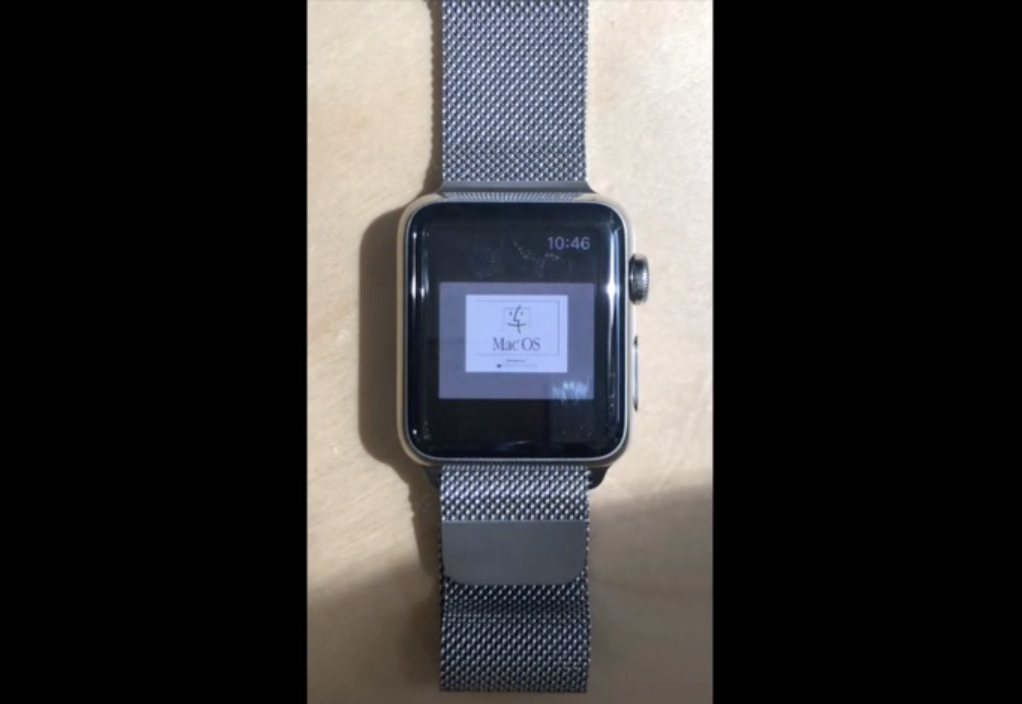 Developer Nick Lee on Monday posted a video showing off his Apple Watch running a 2o-year-old Mac operating system. Lee’s watch is running the watchOS 2 developer beta, as well as the Mini vMac Macintosh emulator, and the Mac OS you see loading up is version 7.5.5, which was first introduced in 1996.

Of course, with such a small screen and no external input devices, not much can be done once Mac OS 7.5.5 is up and running, but it’s still a fantastic feat. Just think, 20 years ago this operating system required a full-blown computer to run, and now it can be done with a tiny device that can be worn on your wrist.

Developers have been doing some pretty crazy stuff with the Apple Watch as of late, including hacks to run native apps, browsers and even games.