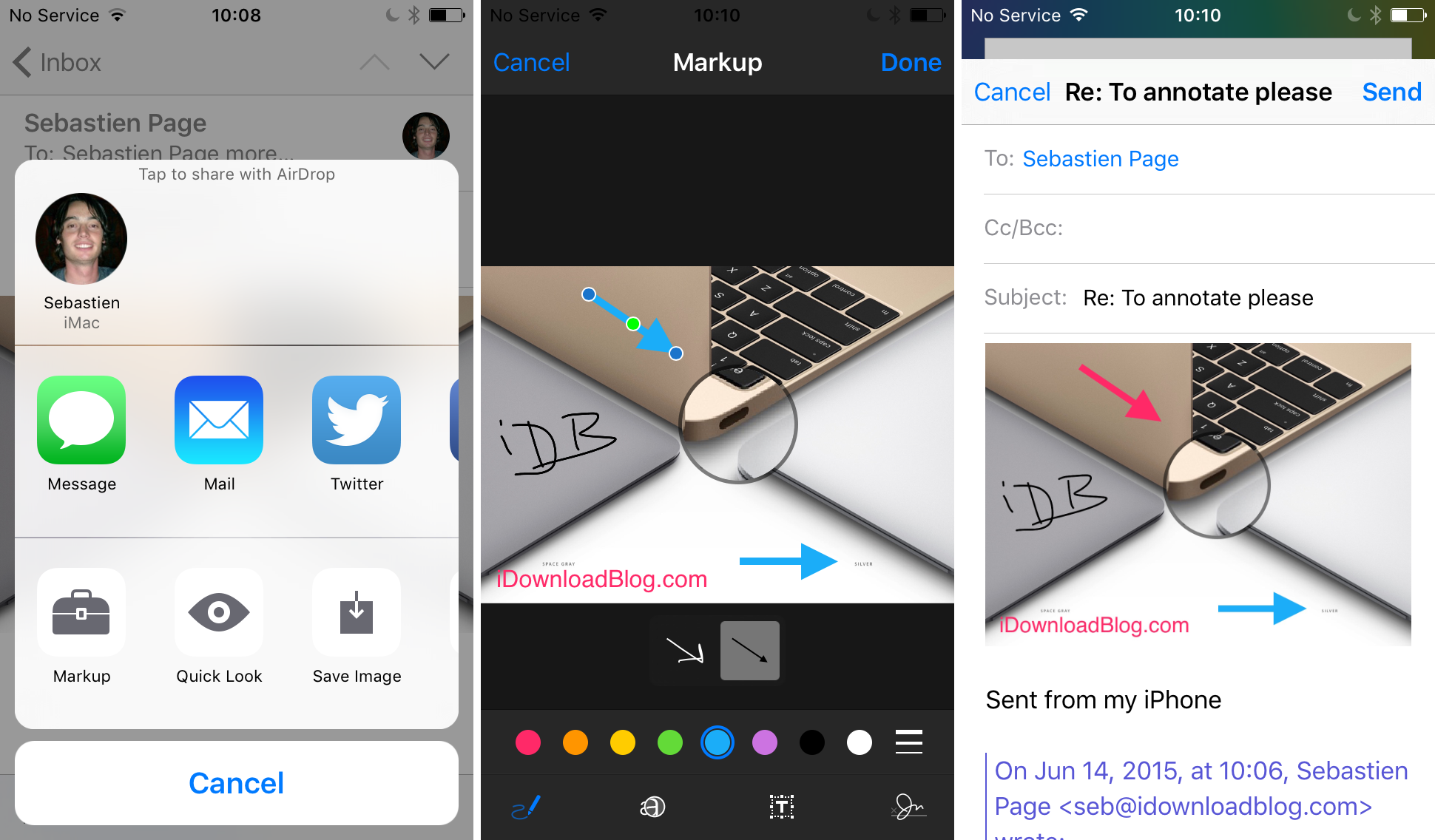 Similar to a feature that first made its way to the Mail app under OS X Yosemite, iOS 9 now includes Markup, a tool that lets you annotate email attachments, including image files as well as PDFs, effectively turning the Mail app into a more powerful one with a growing focus on productivity.

Just like its OS X counterpart, Markup for iOS 9 allows you to sketch, zoom, add text, and sign documents on the go. Absent from the list of annotations is the Shape button, which lets you easily insert squares, circles, etc.

Markup for iOS 9 works for both incoming or outgoing attachments, meaning that you can annotate either the attachments you receive, or those that you send. This seems to actually go hand in hand with another new iOS 9 feature that lets you attach documents from iCloud Drive.

How to annotate emails

To annotate received attachments, simply tap and hold on it until the Share menu appears. From there, simply select Markup. To annotate documents that you attached to an email, simply tap on it once, and select Markup from the menu, which will open up the Markup editor.

Draw a shape with your finger, and if your drawing is recognized as a standard shape, it’s replaced by that shape. For example, you can draw an arrow and if it is recognized as such, the tool will let you choose between your version of the arrow, or a properly drawn one. Same with other shapes such as lines, squares and circles.

Markup also lets you zoom in on parts of your document, insert text, and even signatures, something that will make editing and signing PDF documents on the go a breeze. Depending on the tool you use, you may be able to change its color, font, and font size.

Once you’re done editing the document, tap Done and your email will be updated with the annotated file.

As far as we can tell, there is no option to save the annotated document to either your Camera Roll, or iCloud Drive, but since we’re still in the early stages of the iOS 9 beta, it might be something that comes in the future.

Along with the ability to save to and attach documents from iCloud Drive, this new Markup feature gives the Mail app a much-needed productivity boost. Once a simple email inbox, the Mail app on iOS 9 is feeling more and more like a tool designed for increased productivity.

Thanks Jiri for the tip!