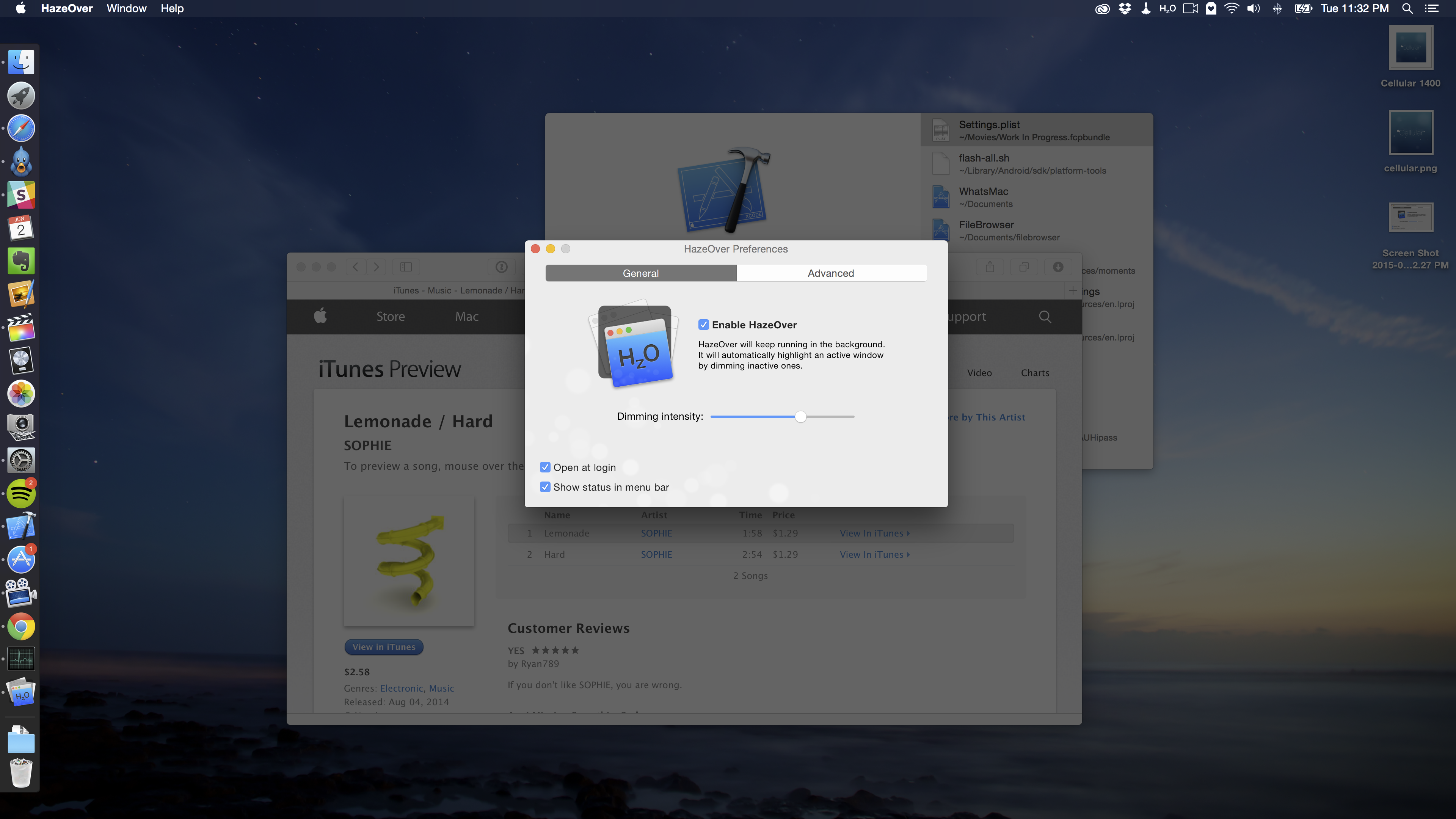 There never seems to be a shortage of apps that promote focusing on a single task, especially writing apps. And then you have hardware like the iPad, which forces you to focus on a single app at a time.

With the Mac, focusing has never been that easy, because multitasking is at its core.

HazeOver is a new Mac App Store utility that seeks to change the way we work on the Mac. By dimming background apps, it aims to help users focus on one app at a time by reducing distractions from surrounding apps. You can still have other apps open, they’ll just be dimmed in such a way that they’re less noticeable.

Does the idea work? Check out our video walkthrough for all of the details.

Once you install HazeOver, you’ll need to enable it fully in System Preferences → Privacy → Accessibility. Once you do, you can start using the app to its full potential.

HazeOver basically works like this: When you open an app, all other apps behind it will be dimmed so that you can focus on that one app with reduced distraction.

HazeOver runs as a menu bar utility, so you’ll need to click its icon in the menu bar to change its preferences and options. Options include the ability to change the intensity of the dimming, along with toggling the dimming effect off altogether.

Inside of HazeOver’s preferences, you’ll find even more options, particularly under the Advanced section. There, you can enable or disable a keyboard shortcut for toggling the dimming effect. You’ll also find an animation duration slider for changing the length of the dimming animation. 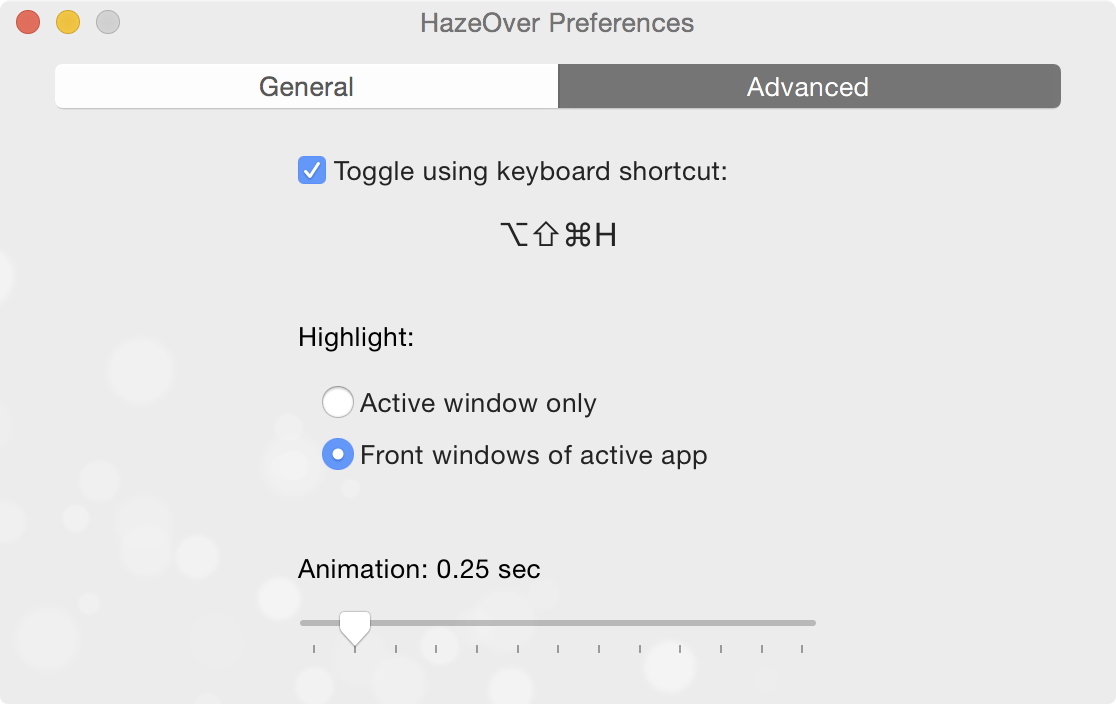 On paper, and even at times in practice, HazeOver is a useful tool. I did find that it helped me to focus, especially when locked in on a writing app for a significant duration. Like those apps on iPad that promote focused writing, HazeOver provides a similar effect when writing long-form content in a browser, or in a writing application on OS X.

Where HazeOver misfires a bit is when you’re truly multitasking and switching between apps often. In those cases, HazeOver does more harm than good, because apps will dim left and right, causing more distraction than focus.

Theoretically, HazeOver is a great app, but you’ll need to take advantage of its keyboard shortcut and use it sparingly. I recommend enabling it to complement apps that you’re using for significant periods of time, instead of using it while multitasking. When appropriately engaged, HazeOver can be great, but when overused, it can quickly get on your nerves.

HazeOver is available for $2.99 on the Mac App Store. I recommend it, especially if you do long-form writing on the Mac, or use any other app outside of full screen mode for extended periods of time.

What do you think? Sound off in the comments below.