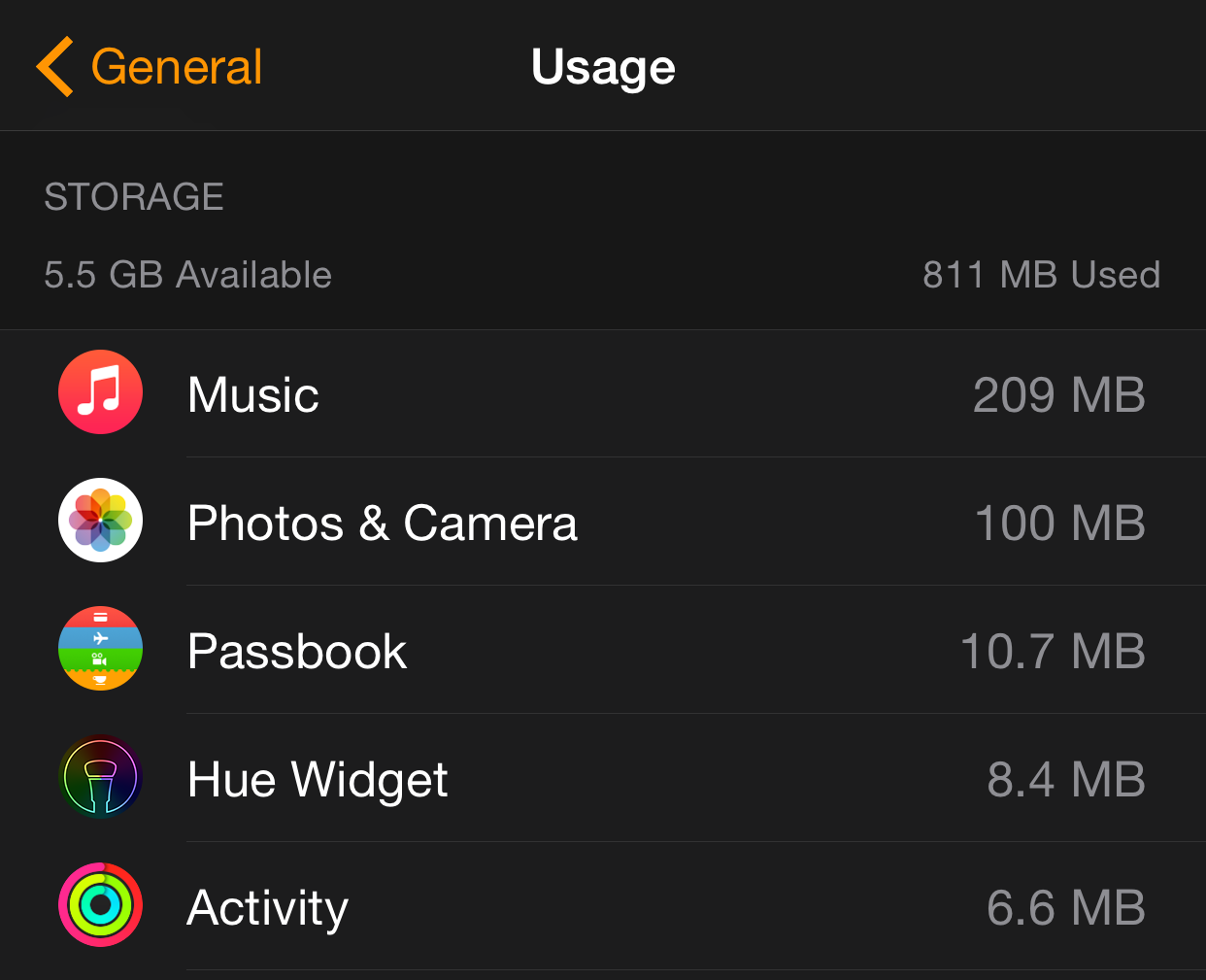 Thus far, Apple Watch apps are pretty minuscule when it comes to file size. But it’s still a good idea to get familiar with checking the size of the apps stored on your Apple Watch and in order to monitor the storage space used by those apps.

If you have a lot of apps, the cumulative storage amount can begin to add up. And when you consider that all Apple Watches, from the least expensive to the most expensive, come with the same amount of storage space, you can see how this could become a potential issue in the future.

Fortunately, the Apple Watch comes with 8GB of flash storage. That may not seem like a lot, but you’ll come to appreciate how much smaller Apple Watch apps are when compared to their iPhone counterparts. Since the Apple Watch can’t run its own apps independent of a paired iPhone, the size of apps should stay fairly small for the time being.

Step 1: Open the Apple Watch app on your paired iPhone

Step 4: Tap Usage at the bottom of the page

Step 5: Under the Storage header, you will see the amount of space used by each app

Unsurprisingly, you’ll likely find Music and Photos & Camera near the top of the list. The majority of the remaining apps, at least on my device, hover between less than a megabyte up to 14 megabytes. Most apps, though, are around 1-2 MB.

What’s the biggest app that you have installed on your Apple Watch? For more tutorials and guide on Apple Watch, take a look at our dedicated Apple Watch page for more information.