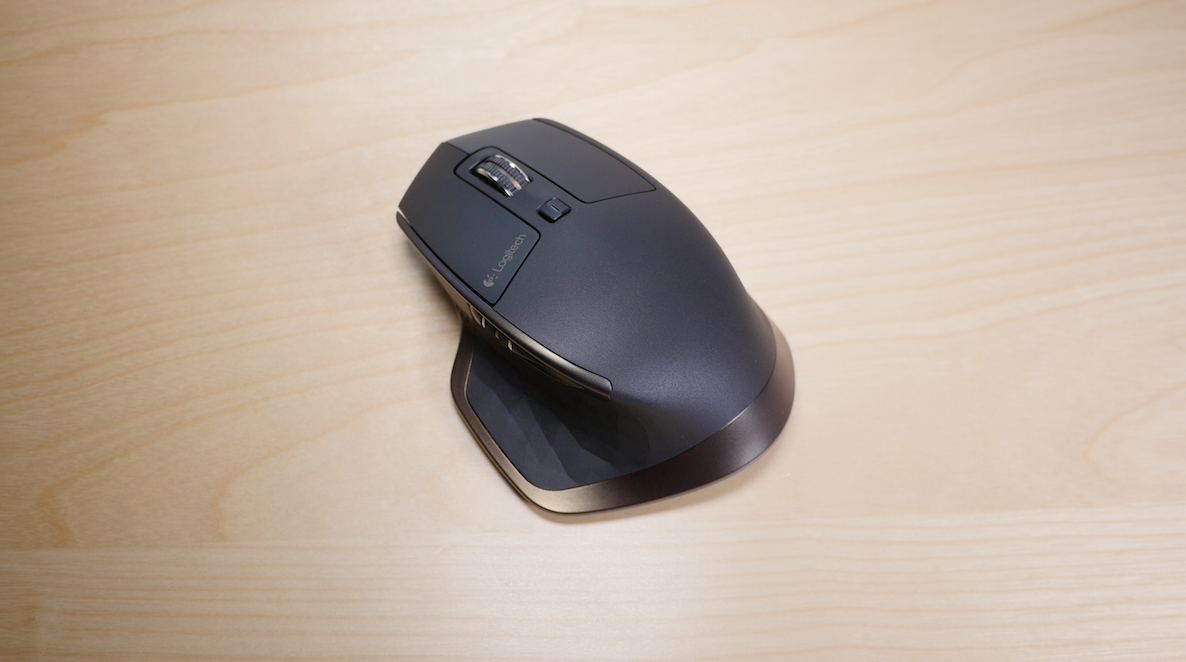 The Logitech MX Master Wireless Mouse has been at the top of my must-try list ever since it came out. Debuting to glowing reviews, and statements of increased productivity, I had to try this mouse out to see if it would help my workflow on OS X. Does it live up to my high expectations? Check out our review for more details.

The Logitech MX Master comes in standard display packaging, and is bundled with a USB dongle, charging cable, and starting instructions. It’s definitely not the prettiest packaging in the world, but it gets the job done. Logitech has never been known for its luxuriant packaging, though, so this comes as no surprise. Watch my unboxing for more details.

The MX Master feels solid in the hand. It’s one of the best feeling mice, from an ergonomic standpoint, that I’ve ever tried. Granted, I don’t have tons of experience with mice, but I can state with confidence that it’s infinitely more ergonomic than the cramp-inducing Magic Mouse. There’s just no comparison in this regard.

YouTuber Marques Brownlee equated the design of the MX Master to that of a car, and I have to agree. When you look at Logitech’s website, you see models being shaved, similar to car concepts from auto manufacturers. 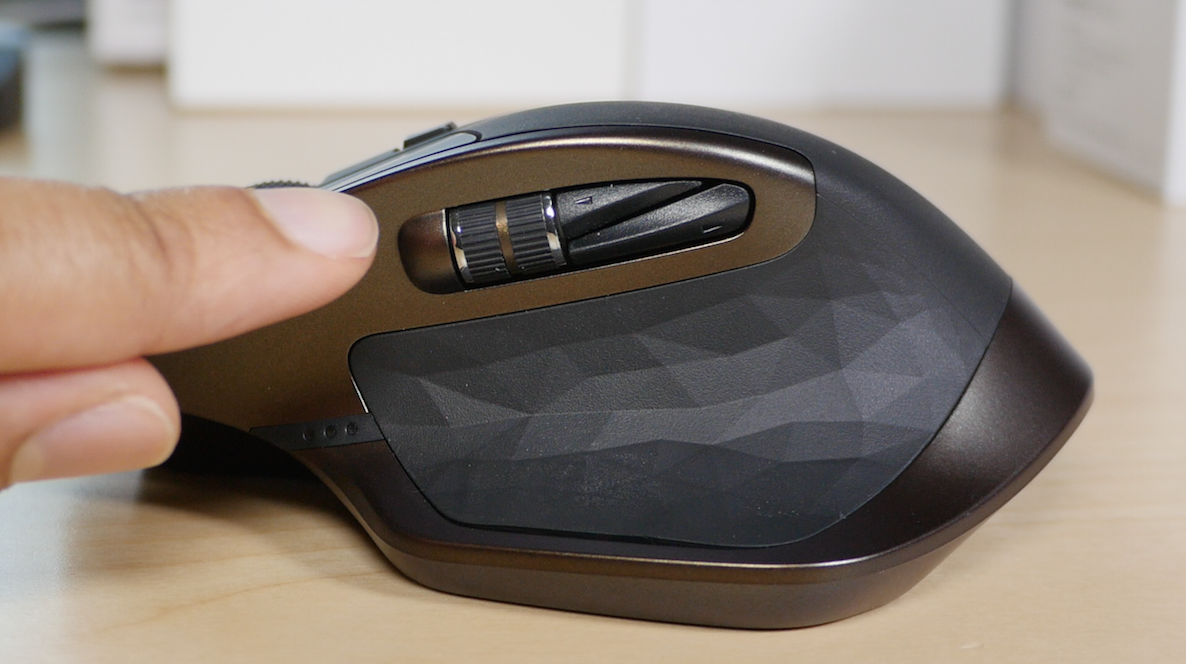 The overall build quality, with its polygonal textures on the sides, does remind you of a super car, perhaps a Lamborghini. Some may consider it to be a bit over-designed, but it’s a nice change of pace when you look at the mundane mouse designs lining the shelves at Walmart or BestBuy.

The Logitech MX Master features a built-in battery that can last up to 40 days on a single charge. It can be connected via a packed-in Unifying receiver dongle, or standard Bluetooth, which will work for any Mac. I had my MX Master hooked up to my Mac in just a few seconds.

You will need to download Logitech’s Options software, which works as a Preference Pane, in order to configure the mouse’s advanced options, but that’s just a few clicks away.

Speaking of options, the mouse features several buttons and wheels that can all be customized to some degree using Logitech’s software.  It features a speed-adaptive scroll wheel that will auto-shift from click-to-click scrolling for precise movements, to quick continuous scrolling, which is nice for browsing long web pages or documents.

My favorite feature on the MX Master is the thumb wheel, which is great for scrolling horizontally. Although most of us are accustomed to vertical scrolling, horizontal scrolling is good for those of us who edit video, music, and other timelines that are arranged horizontally.

For those of you who use multiple machines, you’ll definitely appreciate the mouse’s Easy-Switch tech, which makes it super easy to switch between them by pressing a button on the bottom of the mouse. This is extended even further when you consider that the mouse works with Bluetooth and Logitech’s USB Unifying receiver dongle.

For an OS X user, I find the experience of the Logitech MX to be inferior to that of a Magic Trackpad, or even the hand-crippling Magic Mouse. While it is possible to use gestures via the MX Master—in fact, the device contains a dedicated gesture button that’s accessible via the thumb rest on the left-side of the mouse—it simply doesn’t compare to native gestures.

Using gestures with the MX Master is like emulating gestures, not directly performing them, and therein lies the disconnect for me. It’s akin to trying to drive a car using two cables attached to the steering wheel, instead of directly holding the wheel. It’s feasible at the end of the day, but it doesn’t feel immediate, and it doesn’t feel nearly as natural.

The MX Master may be the best mouse for operating systems that don’t rely as heavily on gestures as OS X. Or, perhaps the Magic Mouse and Trackpad, despite their ergonomic deficiencies, have spoiled me beyond saving.

Logitech’s mouse features amazing ergonomics, it can track on virtually any surface, features programable buttons, and has great battery life. It’s also designed to be used with multiple computers thanks to its dual connectivity and easy-switch technology. But at the end of the day, it’s very hard to recommend the Logitech MX Master to a fellow OS X user who’s become accustomed to the gestures present in the OS.

You can find the Logitech MX Master in brick and mortar stores and online stores for around $80. What do you think? Sound off in the comments with your thoughts.