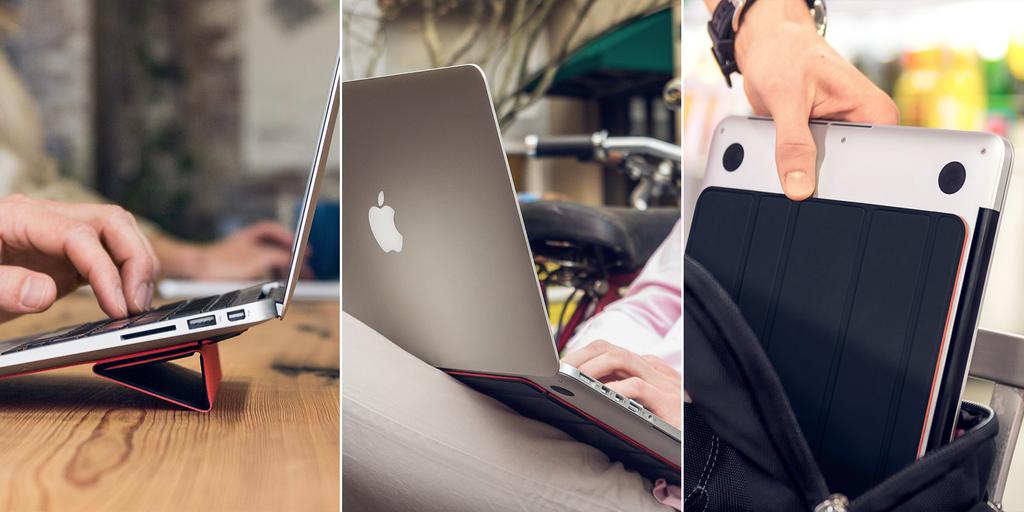 Hot on the heels of unveiling its HiRise charging stand for the Apple Watch, premium accessory maker Twelve South on Wednesday announced another interesting accessory. This one attaches to the bottom of any MacBook and folds up to an instant stand akin to Apple’s Smart Cover for iPad.

The BaseLift typing stand, as they’re calling it, is a remarkable 3.7 millimeter thin, has a microfiber-layered pad and stays attached to the bottom of your MacBook all the time, so you’ll never forget it.

Due to its thinness and lightness, the BaseLift adds virtually no extra bulk on your MacBook. The accessory taps Twelve South’s SurfaceGrip technology which won’t leave a sticky residue when removed from the notebook’s bottom.

The BaseLift is “so simple and adds so much comfort for just $39, that everyone with a MacBook should have one,” argues Andrew Green, Creative Director of Twelve South.

“When I’m on a MacBook without a BaseLift now, I miss it terribly — and that’s the true test of a great accessory.”

And here it is in action.

As another bonus, the BaseLift will protect your thighs from both the cold of your aluminum MacBook and the heat when the CPU kicks into high gear.

Smartly deigned to fit any current MacBook Pro or MacBook Air, the BaseLift offers an optional secondary Fit Strip for 13 and 15-inch models.

Again, because the BaseLift is so thin and light it’ll fit inside pretty much any MacBook sleeve or case. And when you’re back at your desk, the typing stand lets you continue using a desktop notebook stand such as Twelve South’s popular HiRise for MacBook accessory. 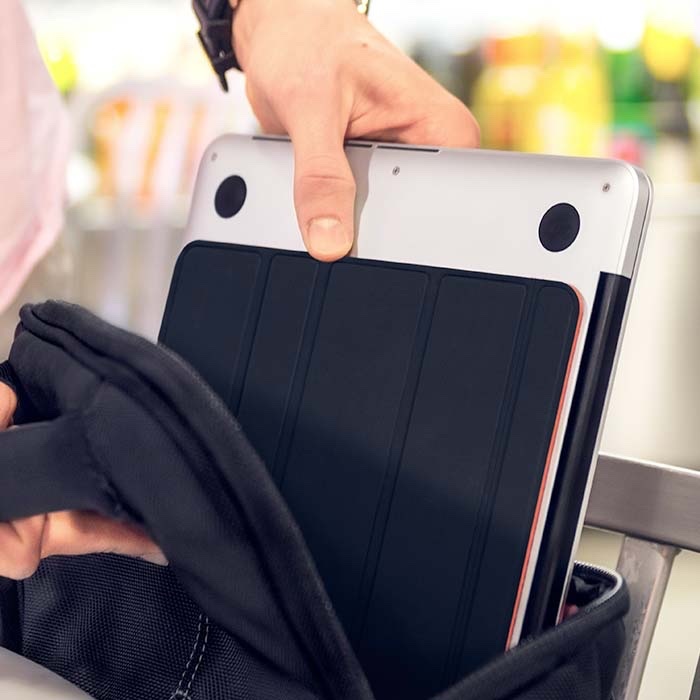 The accessory is compatible with all current MacBook Pro and MacBook Air models, and easily fits into most bags and laptop cases right alongside your MacBook. Available only in red, the BaseLift can be yours right now in exchange for $39.99.