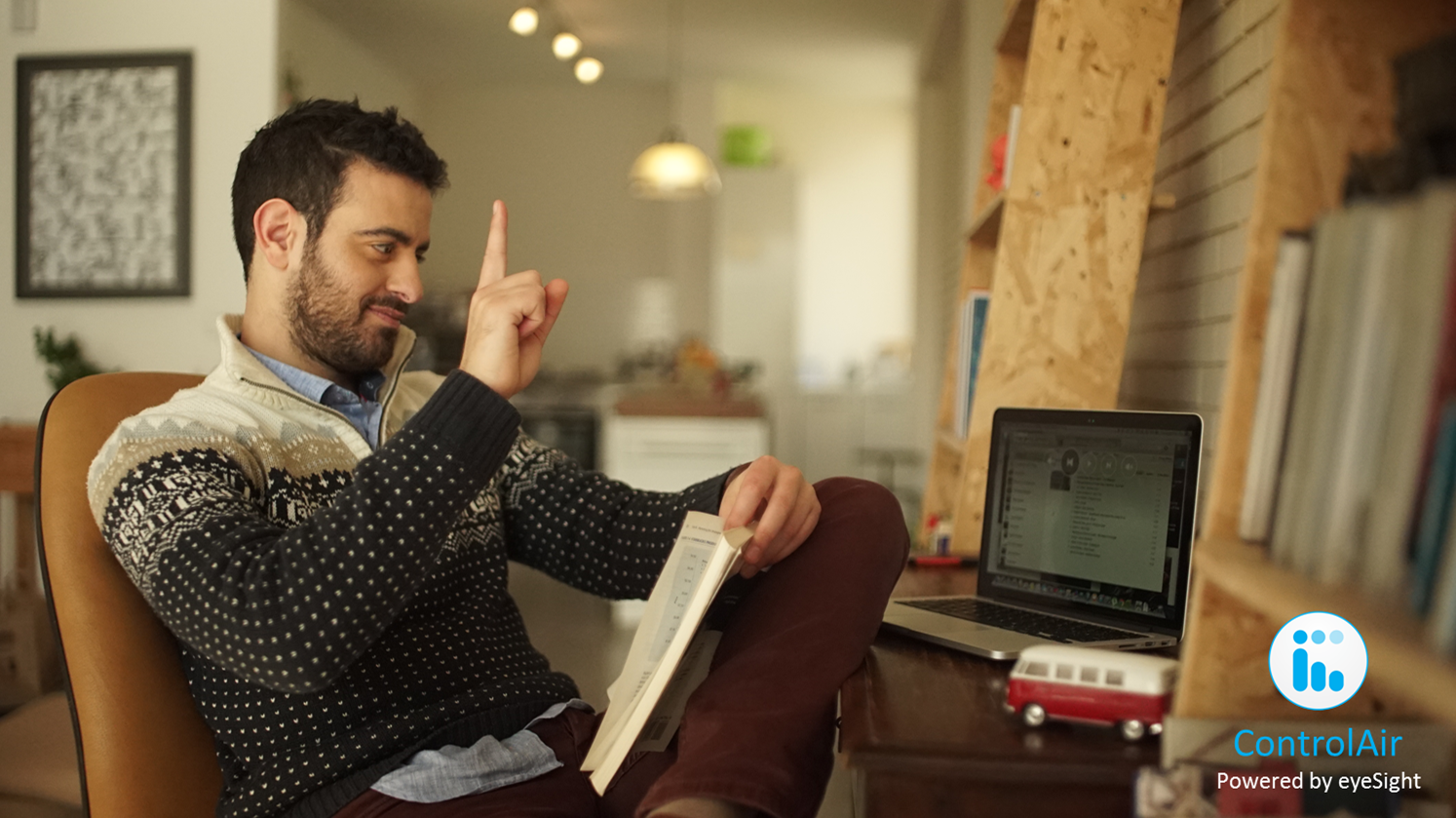 Gone are the days when we had to painfully reach for the mouse, drag the cursor around the screen, and click to pause, play, or skip a song in iTunes. All sarcasm aside, there are times when it’s just not that practical to either reach for the keyboard or the mouse to control the music playing on your Mac, and this is an experience ControlAir is trying to improve.

ControlAir is a new Mac app that gives users touch-free control over their media and entertainment apps. Using ControlAir, users can just lean back and control music and video applications using air gestures, without ever having to touch the keyboard or the mouse.

From my experience using the app for several days, it works fairly well, even though sometimes the controls take a few seconds to appear on screen. The developer notes that you can use gestures up to five feet away from the camera, and I can attest of that claim. If anything, I’ve found that ControlAir is actually more accurate from a distance than up close. It might just be me though.

When launched, ControlAir only becomes active when a media app is playing. When that’s the case, it will activate the camera, waiting for you to do an air gesture. Because ControlAir uses your Mac’s camera, I definitely wouldn’t recommend using it on a MacBook that is not plugged in. I’d assume it would drain your battery faster than you’d want to. But if your computer is plugged in, then there is nothing to worry about.

ControlAir works with MacBook Air, MacBook Pro, and iMac running OS X 10.9 or later. The app will allow you to control iTunes, Spotify, Rdio, Netflix, QuickTime, VLC, and Vox, with support for more options coming in the future.

ControlAir is a free download in the Mac App Store. At that price, it’s definitely worth a try to see if it fits your needs. After using ControlAir for a while, I feel completely spoiled, leaving me to hope Apple implements something like this in future Apple TV versions. It would be a killer feature indeed.