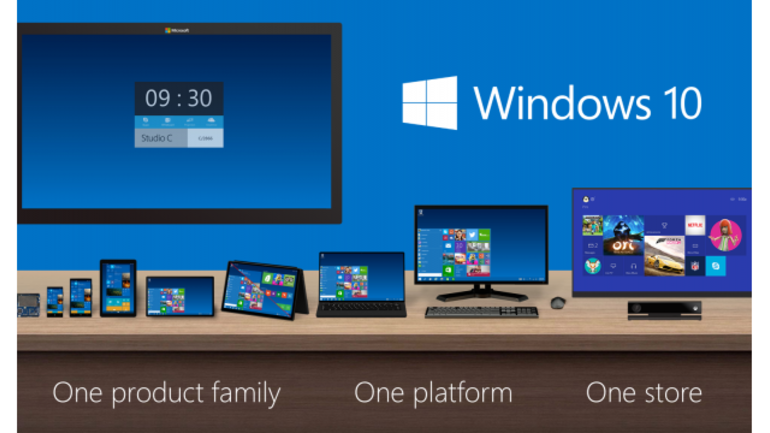 In addition to officially unveiling Windows 10 at its, Microsoft made a number of other interesting announcements at its Redmond, Washington event this morning. Windows 10 will be a free upgrade for the first year, will play a lot nicer with Xbox One, and has a new web browser on the way.

But two of the most interesting announcements involved products that most people had no idea Microsoft was working on: the Surface Hub and the HoloLens. The former is an 84-inch 4K touchscreen display, and the latter is a futuristic visor that overlays holographic imagery onto your view.

The Hub is a large 4K touchscreen display, that will be available in both 55-inch and 84-inch flavors, and is aimed strictly at the enterprise market. It runs a customized version of Windows 10, and is outfitted with a slew of cameras, microphones and “advanced sensors,” which will allow users to interact with the device in various ways. 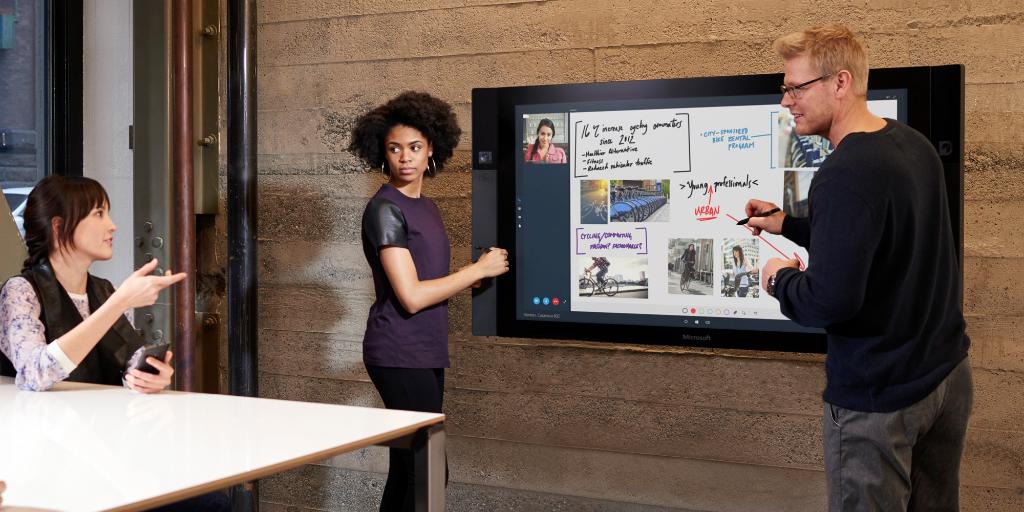 The display offers multi-touch and multi-pen support, and quick access to Skype video conferencing, OneNote whiteboard for drawing and annotation, and several other Hub-specific applications. It can also easily connect to nearby Windows 10 devices, so users can participate in the collaboration from their laptops, tablets and mobile phones.

Microsoft hasn’t mentioned the Surface Hub’s price yet (it’s likely to be very expensive) or when it’ll be available, but there is a growing consensus that the Redmond firm has beaten Apple and others to the punch. Apple has for years been rumored to be working on a 50″+ television set that plays nicely with iOS devices, but such a product has yet to materialize.

As crazy as an 84-inch touchscreen display is, the HoloLens is even more out there. Developed in secret with folks from NASA, the device features see-through lenses that project interactive holographic images into the view of the user. There are no wires or external connections, and there is no need to connect a PC or phone. The headset itself contains a high-end CPU, GPU, a dedicated holographic processor, and a variety of sensors.

The HoloLens runs a version of Windows 10 called Windows Holographic. Microsoft says that all universal Windows 10 apps can work as holograms, but obviously experiences from app to app will differ. During the presentation today, it was shown running everything from virtual maps and todo list apps, to a holographic 3D version of Minecraft. Microsoft thinks it’s “the most advanced holographic computer the world has ever seen.”

Again, there’s no word yet on when the HoloLens will launch or how much it will cost, but Microsoft CEO Satya Nadella says it will be available in the Windows 10 timeframe (so possibly this year), and priced so that both enterprise and consumers can use it.