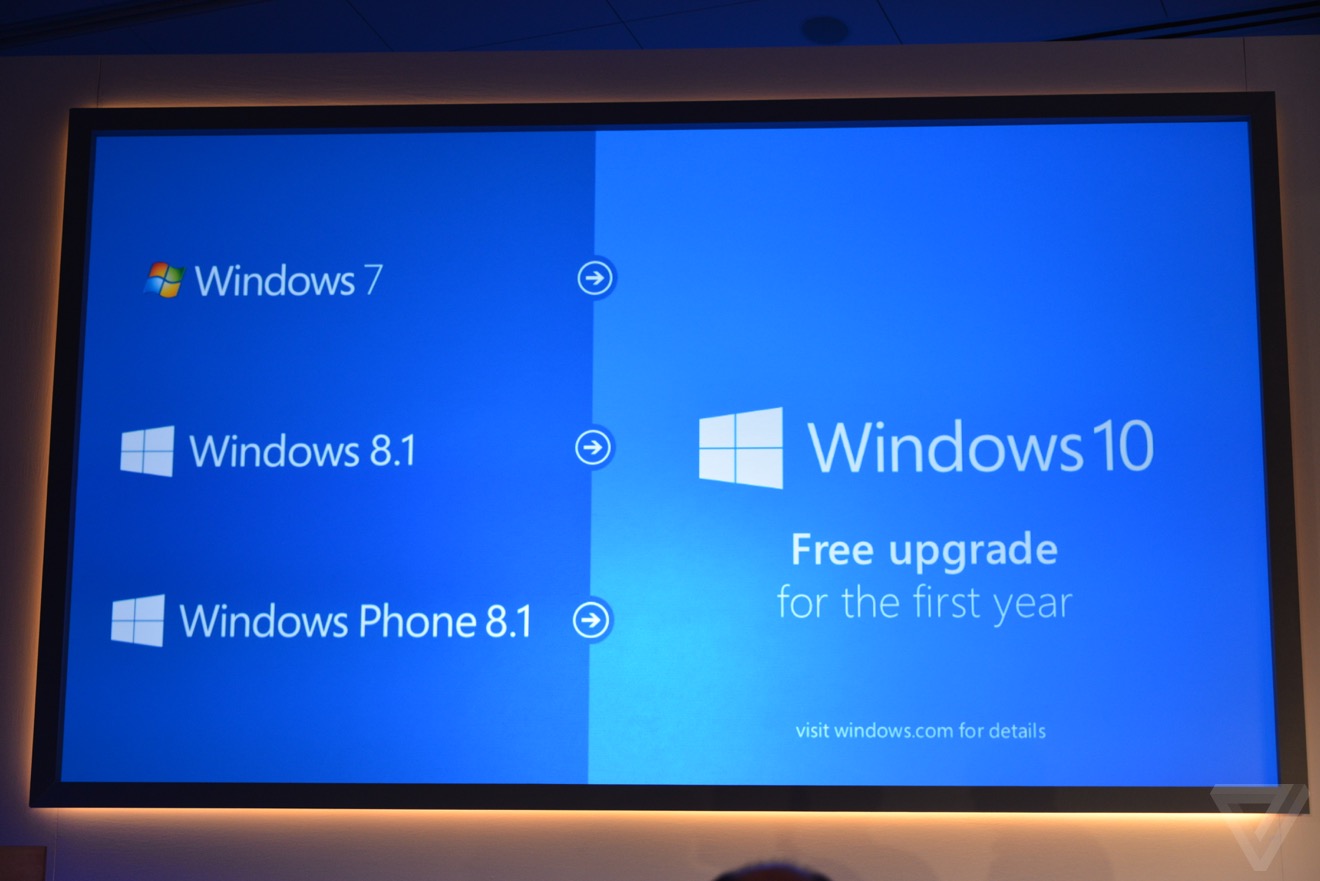 Realizing Windows has long been losing its momentum ever since that Vista train wreck in 2005, the Redmond-based software giant surprised attendees of its press event this morning by announcing that Windows 10 will be a free upgrade from Windows 8.1, Windows Phone 8.1 and Windows 7.

But how on Earth is Microsoft going to make money from the forthcoming operating system? Well, in a typical Microsoft fashion Windows 10 upgrades will be free for just one year.

Kicking off the press event at Microsoft headquarters, Terry Myerson, executive vice president of the Operating Systems group, said that “for the first year after Windows 10 is available, we will be making available a free upgrade to Windows 10 to all devices running windows 8.1.”

In addition, Microsoft will keep users’ Windows 10 devices consistently updated throughout the “supported lifetime for the device.” The new operating system will be available across many different form factors, including phones and gaming devices.

Back by popular demand, the familiar blue taskbar sits in the right left corner of the Windows 10 desktop. The Start menu is more polished, better animated and available in the full screen mode as well. 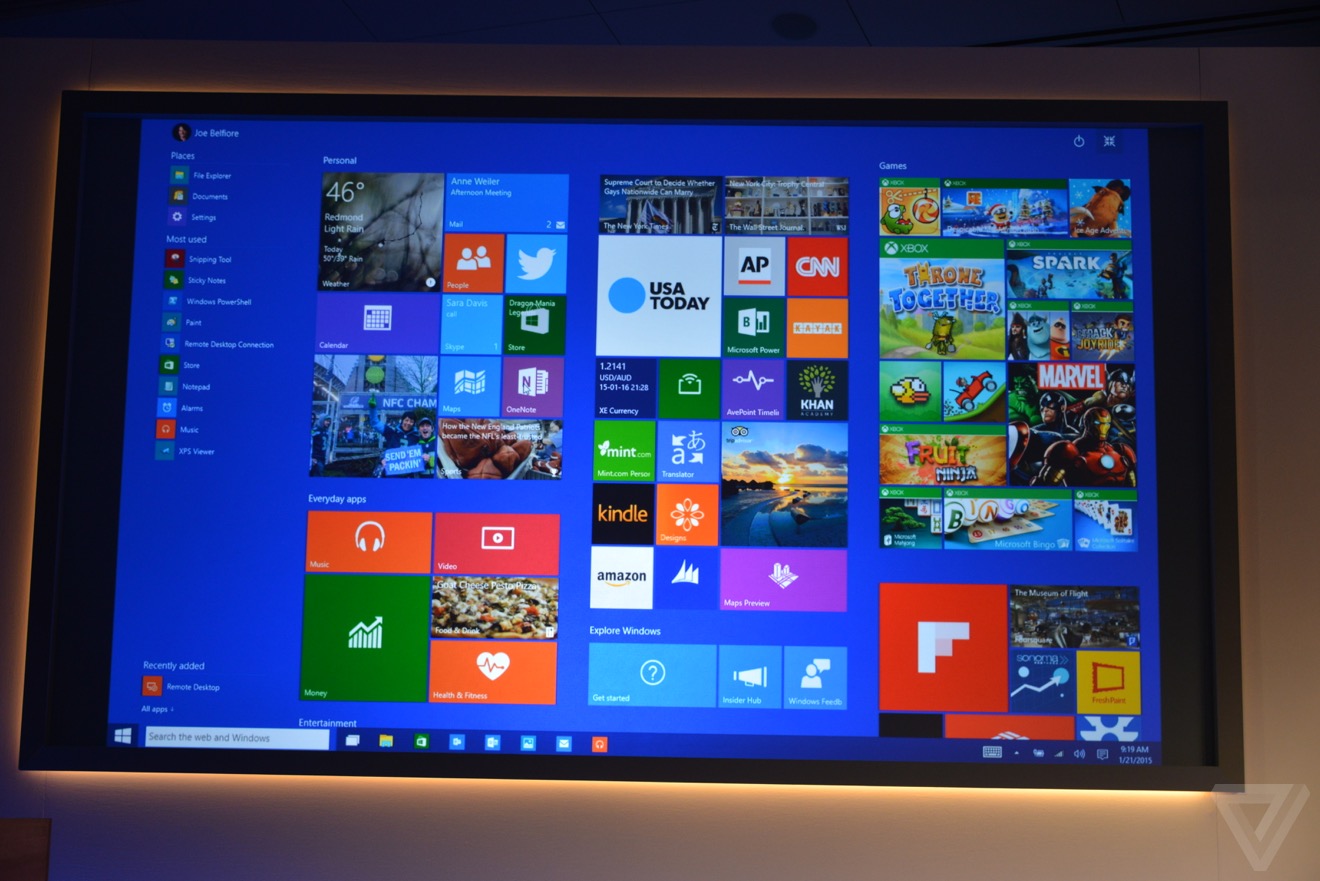 A new Action Center gives you quick access to commonly used options like turning off Wi-Fi and it doubles as a Notification Center with actionable alerts.

Windows 10 automatically transforms from desktop to tablet mode after you remove a mouse and keyboard. The Start button and taskbar remain on the screen in this mode, even on tablets.

“It works like a tablet while you’re out and about, and then it works exactly like a PC when you bring it back and dock it,” said the firm.

Microsoft’s virtual assistant, Cortana, is part of Windows 10 (the logo is in the search bar at the bottom on the taskbar), as are many other new features that will be coming over the new few months. 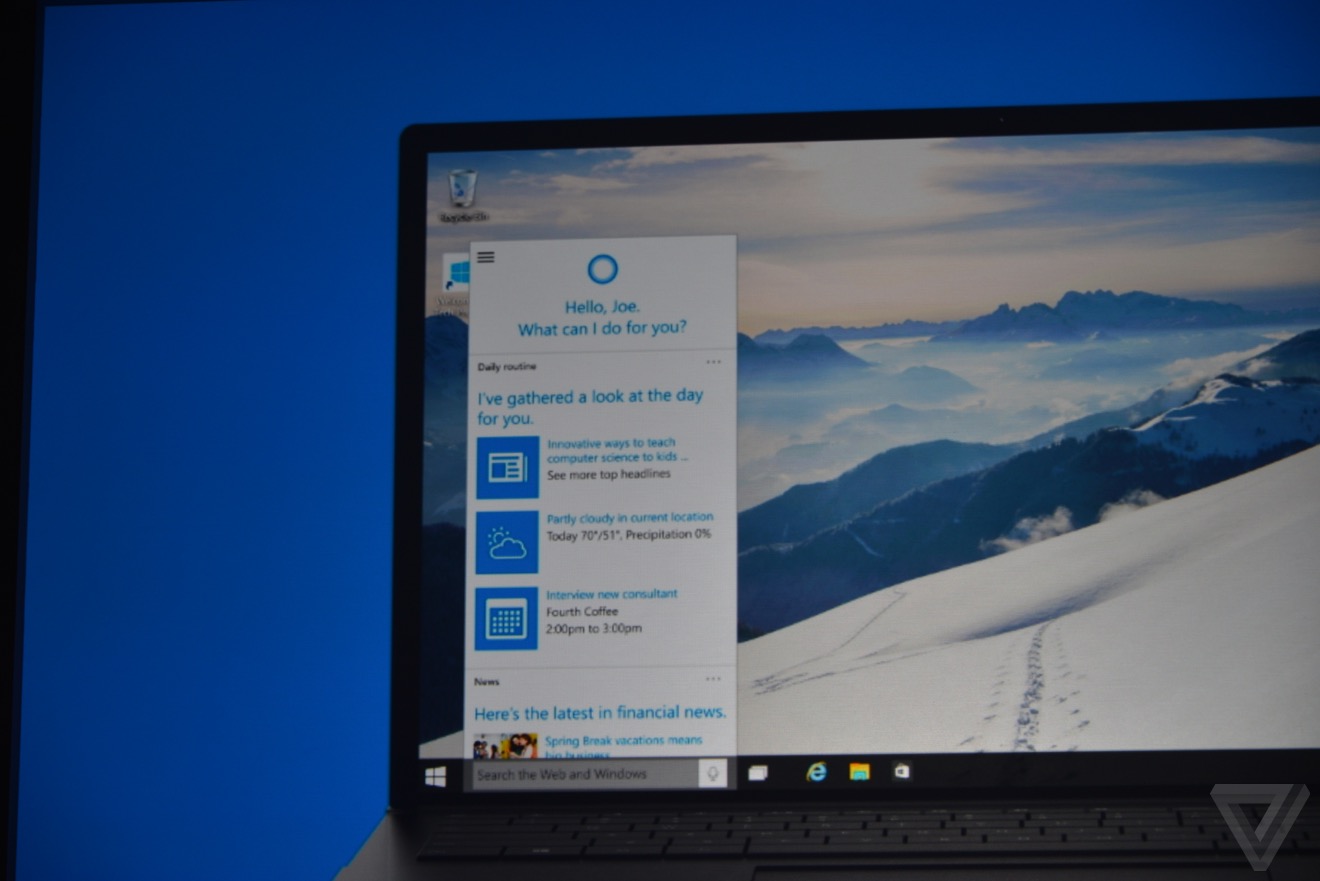 Offering users to upgrade to Windows 10 is a smart move that could boost the software’s adoption among the faithful.

Also, developers will be able to “target every single Windows device” when they build apps because no longer will Windows customers be spread across many versions.

Eagle-eyed readers could point out that Apple famously ended the era of paid operating systems with the release of Mac OS X 10.9 Mavericks.

During the October 22, 2013 press event, Apple promised to offer free upgrades for life on its operating system and business software going forward.

“The days of paid operating system updates are gone for good,” boasted the company that October.

Some questions regarding Windows 10 are still left unanswered. It’s unclear, for example, how free upgrades will work or if they’re going to be subject to any hardware requirements.

You can watch a live-stream of Microsoft CEO Satya Nadella and other executives delivering the briefing over at the Microsoft website.