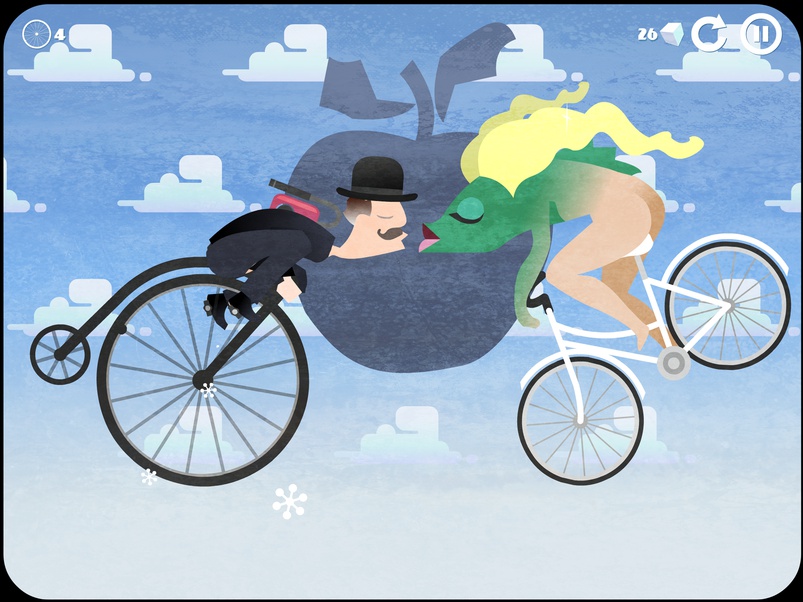 Apple’s promotion that makes hand-picked apps and games available at no cost for a week typically falls on Thursday.

Given the holiday iTunes freeze, which ended on Sunday, Apple’s editors couldn’t make changes to the App Store so they haven’t gotten around cherry-picking another Free App of the Week until yesterday evening.

A cool adventure platformer called Icycle: On Thin Ice by UK-based published Chillingo, now a division of Electronic Arts, is available at no cost until next Thursday, normally a $2.99 value. Regardless of the fact that it includes optional In-App Purchases, Icycle scored some rather favorable reviews and it fits the holiday theme perfectly so you should give it a whirl.

Released back in November 2013, Icycle: On Thin Ice tasks you with exploring icy worlds spread across eighty levels to unlock clothes for the main character along the way, a naked hero called Dennis. 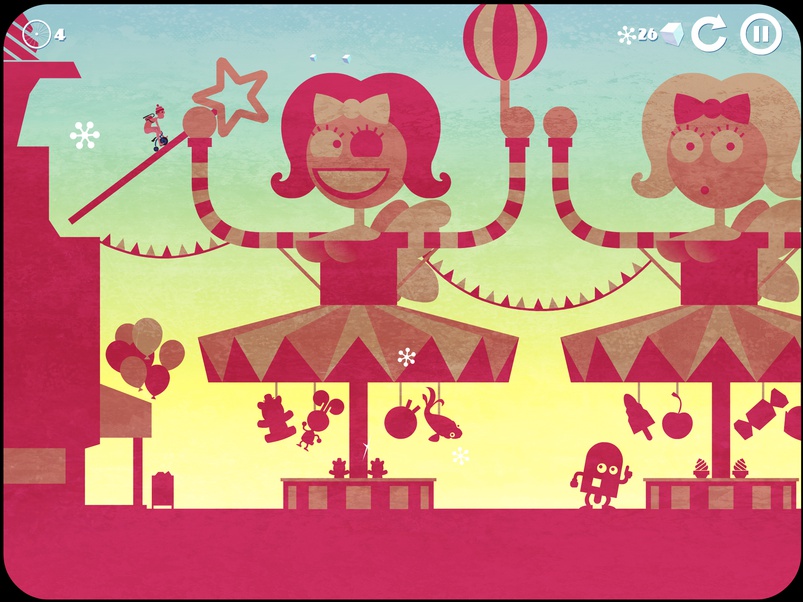 “Icycle delightfully infuses dire circumstances with goofy humor as you pedal and tumble through treacherous landscapes,” writes Apple. “The timing challenges and inventive stages are terrific and excellent sound and visuals make this game an unforgettable experience.”

The graphics engine sure does a fine job depicting chilly vistas, deadly hazards and gorgeous post-apocalyptic frozen wonderland. According to Chillingo, award-winning studio Damp Gnat drew inspiration from art, film and comedy to bring the game’s virtual world to life. 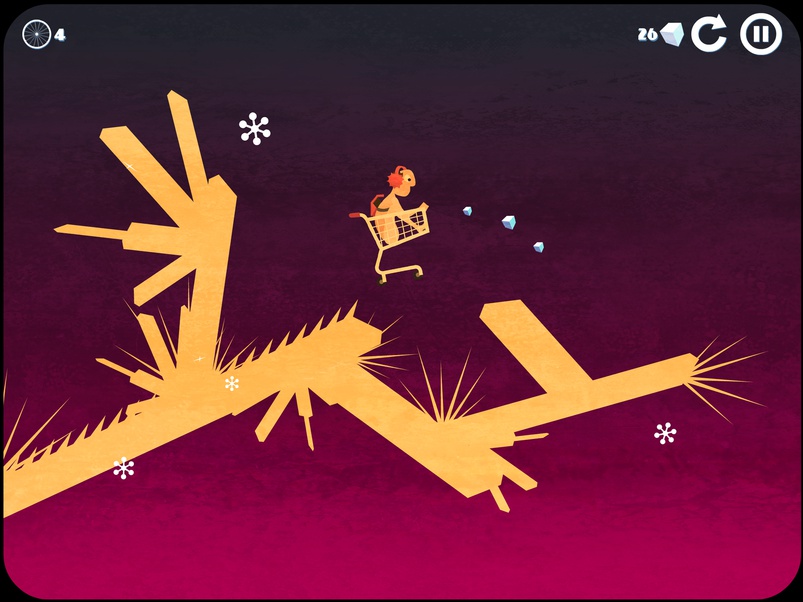 The 28.3-megabyte download requires an iPhone, iPod touch or iPad with iOS 6.1 or later.

Download Icycle: On Thin Ice at no cost until next Thursday.