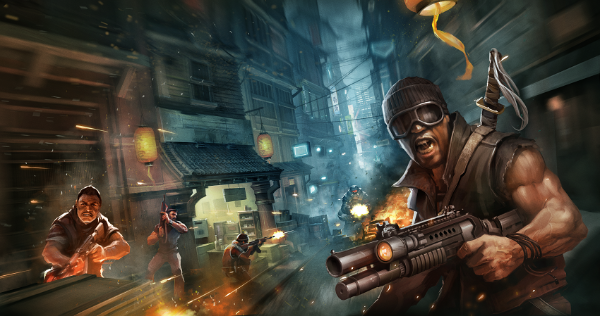 Gameloft, the prolific maker of mobile games hailing from France, on Wednesday launched the first content update to its award-winning Modern Combat 5: Blackout shooter for the iPhone and iPad and boy is it massive. Saying the update brings a whole bunch of rich content and goodies to the already well-rounded experience would be a gross understatement.

Now available on both iOS and Android, the feature-packed update brings two of the most beloved multiplayer maps from Modern Combat 3 and 4, several new multiplayer leagues for solo and squad battles, a new Rematch button for squad battles, the ability to vote for the next map in multiplayer, new area of effect skill for each soldier class, additional battle packs, amusing seasonal goodies for Christmas and much more.

And if that wasn’t enough, in celebrating the update Gameloft has temporarily slashed MC5 to four bucks, with the discount reflected in the App Store later today.

The update brings the Overtime multiplayer map from MC4 and Scramble from MC3. Overtime is an indoor map set in an office building lobby that includes vast but clash-prone rooms that should be well-suited for close to mid-range firefights.

Scramble, an outdoor map, is set in an abandoned airport hangar and has wider areas suited for mid-to-long battles.

Next, there are five new leagues for solo and squad battles — Bronze, Silver, Gold, Platinum and Diamond — each linked to a weekly leaderboard that rewards die-hard players who make it to the top. 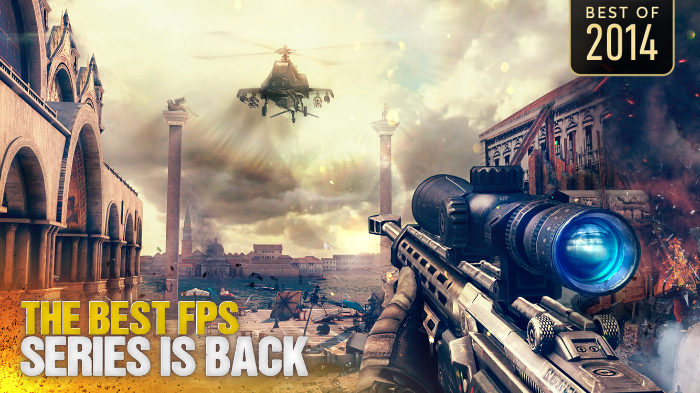 Another small but important change: the level cap for Solider classes has increased from 100 to 120. But wait, there’s more!

After a Squad Battle is over, players from both teams can choose to have a rematch and keep fighting in the current configuration. You’ll also notice a few new areas of effect skill for each soldier class.

In team fights, for example, players reach the next level with the introduction of area of effects skills that make team play even more vital. 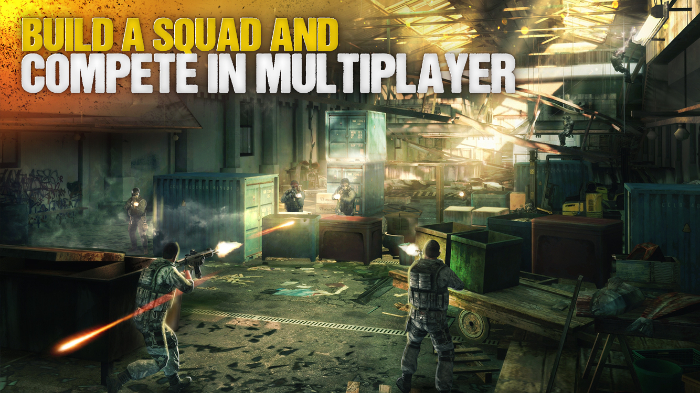 Activating the new skills doesn’t affect the player who activated them. Instead, it buffs the team members who are in the following skill’s area of effect:

As for the newly added battle packs, you’ll earn them by progressing through the game, but the impatient types can always get them for real cash by way of the In-App Purchase mechanism.

Battle packs offer masks, kill signs, experience point boosters or pro weapons on a random basis. What’s a pro weapon, you ask? According to developers, it’s a modified version of an existing weapon that has different stats and a similar balance to the original version. 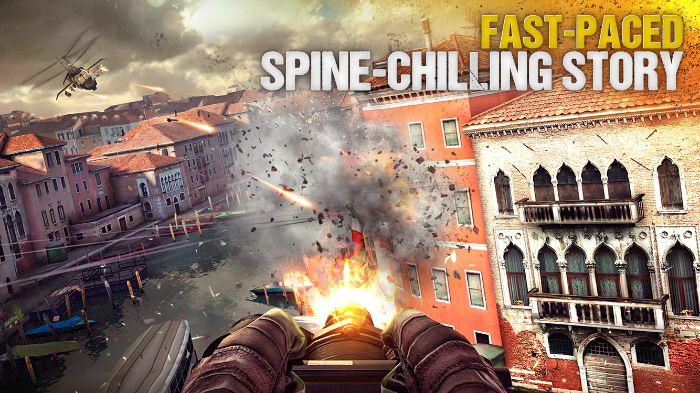 Modern Combat 5 is on Apple’s Best of 2014 list in 28 countries and one of the runner-ups on iDownloadBlog’s Best Games of 2014 charts. 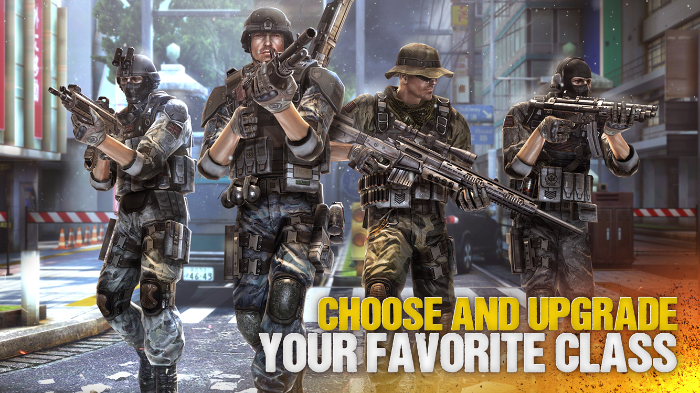 Class has its perks:

Christmas is coming to town:

The game is optimized for the iPhone 6 and iPhone 6 Plus.

The 719-megabyte app supports the fifth-generation iPod touch and any iPhone or iPad from the iPhone 4s onward and the iPad 2 or newer. An Internet connection is required to play.

Modern Combat 5: Blackout sells for $4 in the App Store.