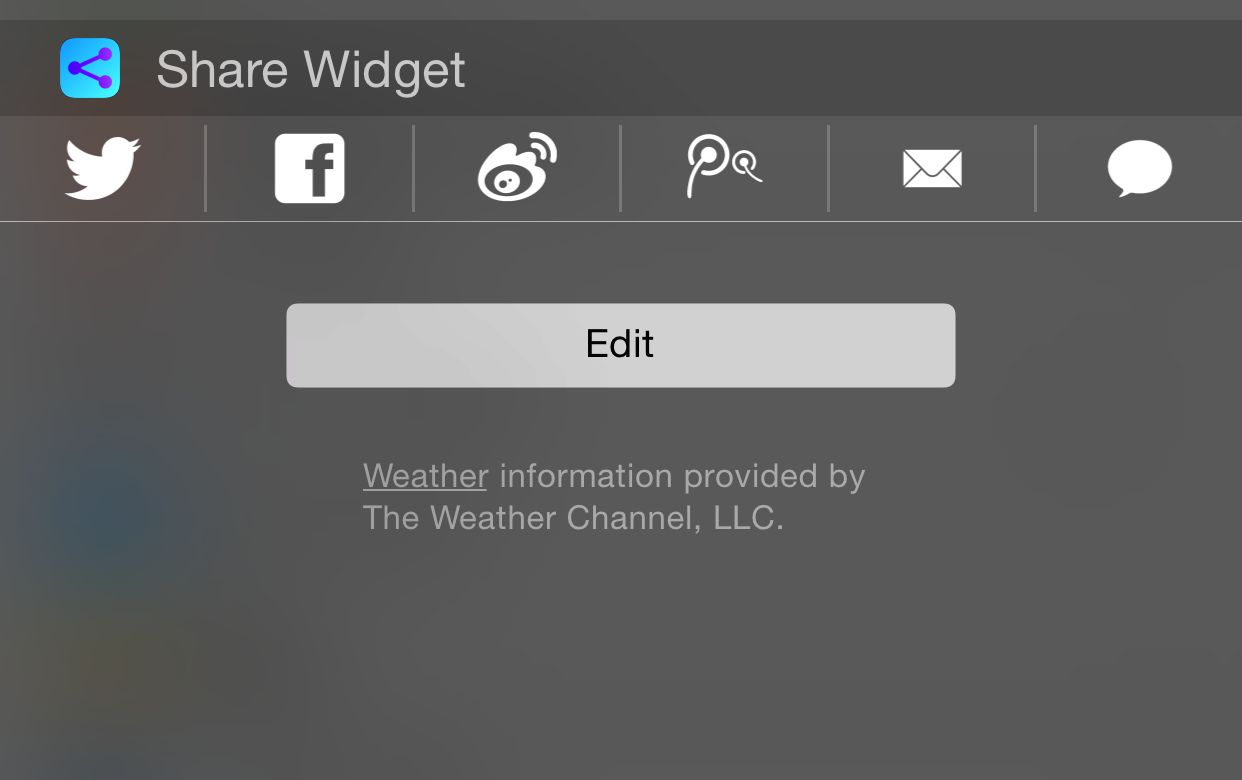 Share Widget for iOS 8 is a brand new jailbreak tweak that allows you to add a handy share widget to the Today view in iOS 8’s Notification Center. The tweak, which contains options for Twitter, FaceBook, Mail, Messages and others, also allows you to attach images to outgoing messages using a simple tap and hold gesture.

After installing Share Widget, you’ll need to activate the widget via the Today view in Notification Center. At the bottom of the Today view lies an Edit button, which can be used to enable and rearrange the location of the Share Widget.

You’ll also want to venture into the stock Settings app and find the preferences for Share Widget. There, you can toggle the services that you’ll actually use, and switch up the icon style and enable Lock Screen access. 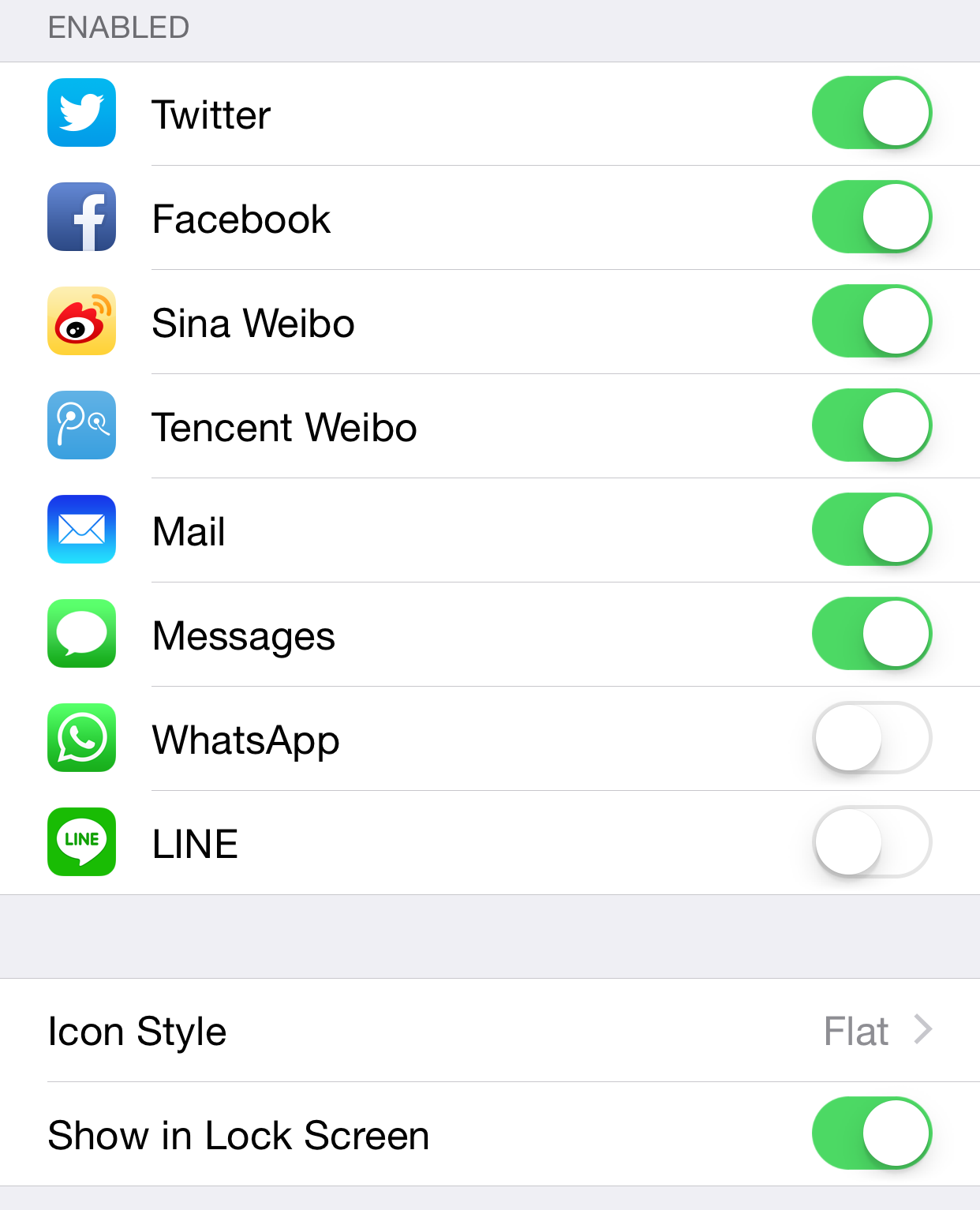 For the most part, I find that ShareWidget for iOS 8 works fairly well. However, I did notice some random safe mode crashes, so the tweak isn’t as stable as it needs to be in its 1.0 form.

One of the cool things about ShareWidget is that you can tap and hold on any of the share buttons within the widget in order to attach a photo from the Camera or from the photo library. This makes it super easy to share photos with friends via Twitter, Facebook, etc.

One thing that I’ve neglected to mention thus far is the delay present when using the Messages sharing shortcut. I’m not sure why, but on my device, there is at least a 1-2 second delay between tapping the Messages app shortcut, and the Messages interface actually appearing. Again, here’s hoping that the developer can stamp out this issue and the random crashes in a future update.

Share Widget for iOS 8 is a free download on Cydia’s BigBoss repo. Sound off with your thoughts on the tweak down below in the comment section.