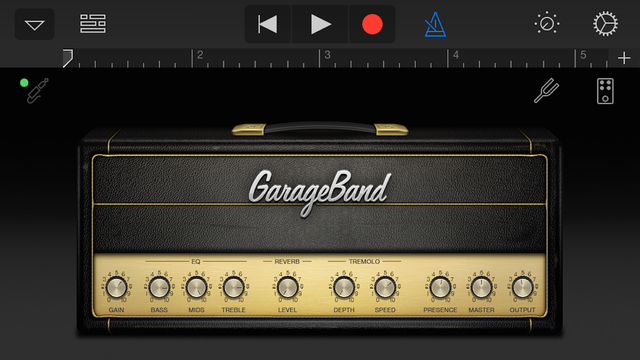 Apple pushed out an update for the iOS version of GarageBand on Sunday, bringing the popular music-making app to version 2.0.5. The update adds the option to purchase the RED Loop Pack, a limited-time in-app purchase that features an exclusive collection of 300 guitar, bass, synth and drum loops in a variety of genres.

The pack will only be available until December 7, via a $0.99 in-app purchase, but of course once paid for it will be permanently accessible from the GarageBand loop browser. Apple says 100% of the proceeds will go to the RED foundation, a charity that raises money for a global fund to fight AIDS, Tuberculosis and Malaria.

Apple has long been a supporter of Product (RED), churning out special editions of everything from iPods to iPad Smart Covers. Last year, the company’s Jony Ive and Marc Newson designed products for a (RED) benefit auction, and in April, RED revealed that Apple had contributed over $70 million to the cause since 2006.

GarageBand for iOS is $4.99, or free if you recently purchased a Mac or iOS device, and is available in the App Store for both the iPhone and iPad. If you want to donate, but aren’t a GarageBand fan, a number of other apps have “gone” (RED) this weekend to support the charity including Threes, Cut The Rope and more.