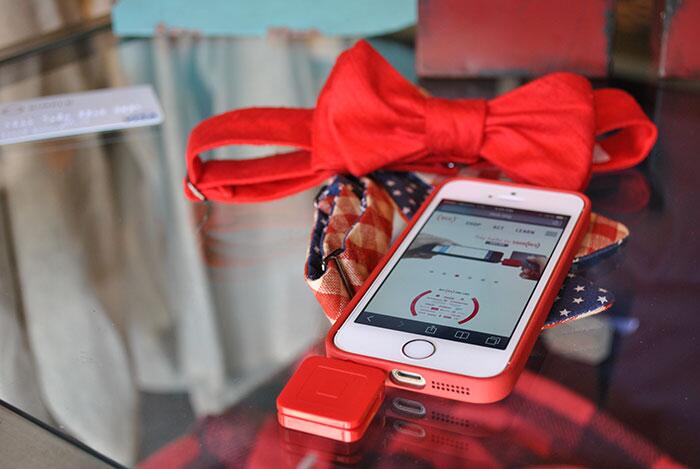 Product Red – styled as (PRODUCT)RED – is a marketing brand licensed to other companies, established in 2006 by U2 frontman and activist, Bono, together with Bobby Shriver of the ONE/DATA, with the goal of raising awareness and funds to help eliminate HIV/AIDS in Africa.

The initiative earns money on each participating Product Red sale and proceeds go straight to The Global Fund to Fight AIDS, Tuberculosis and Malaria.

Apple’s been one of Product Red backers since its inception, thanks mostly to late Steve Jobs who was on good terms with Bono. Product Red today announced that Apple’s contributions to the charity have reached a cool $70 million…

Great news to end the week! Apple’s total for @RED reaches $70 MILLION. 100% goes to fight #AIDS. Thank you all for buying (APPLE)RED.

Apple is the charity’s largest partner.

In September, the charity said Apple had contributed $65 million. 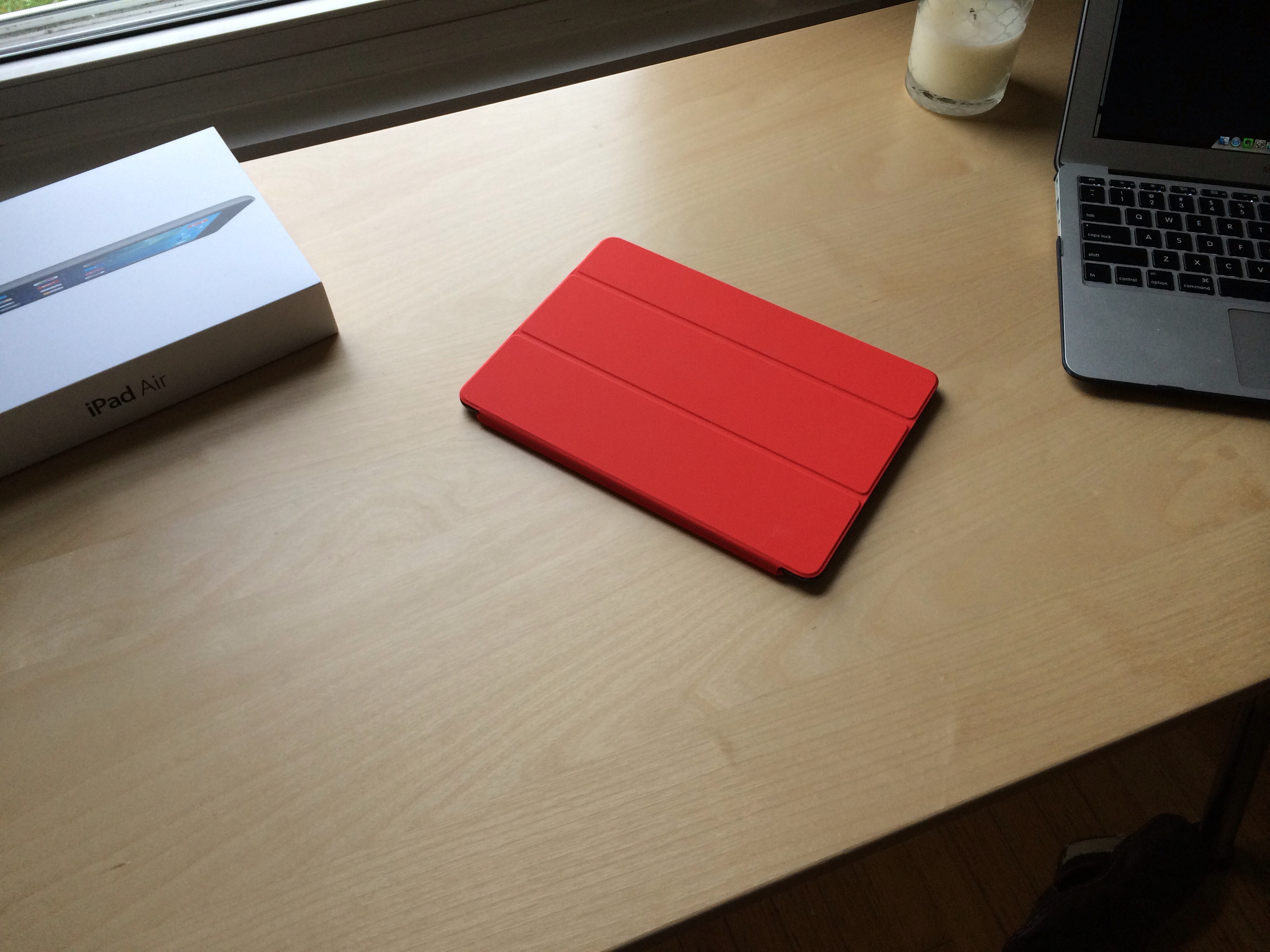 The store also lists a few Product Red Apple accessories, such as Smart Cover and Smart Case for the iPad Air, the iPhone 5s Case and the iPhone 4s Bumper.

Every day 700 babies are born with HIV. (RED) works with companies like Apple to fight for an AIDS‑free generation by creating (PRODUCT)RED merchandise. A percentage of gross profits from the sale of those products goes to the Global Fund to help fund AIDS programs in Africa.

Since its introduction, (PRODUCT)RED has generated more than $215 million for the Global Fund — more than $70 million from Apple alone. You can help make an impact by purchasing a (PRODUCT)RED iPod or (PRODUCT)RED accessories for iPhone and iPad.

Tim Cook is frequently pictured using an iPad Air with a Product Red Smart Cover. Last October, Apple’s design head Jony Ive created a one-off Product Red Mac Pro. The computer classed as the most expensive PC made to date as it was auctioned off the following month for a cool $977,000. 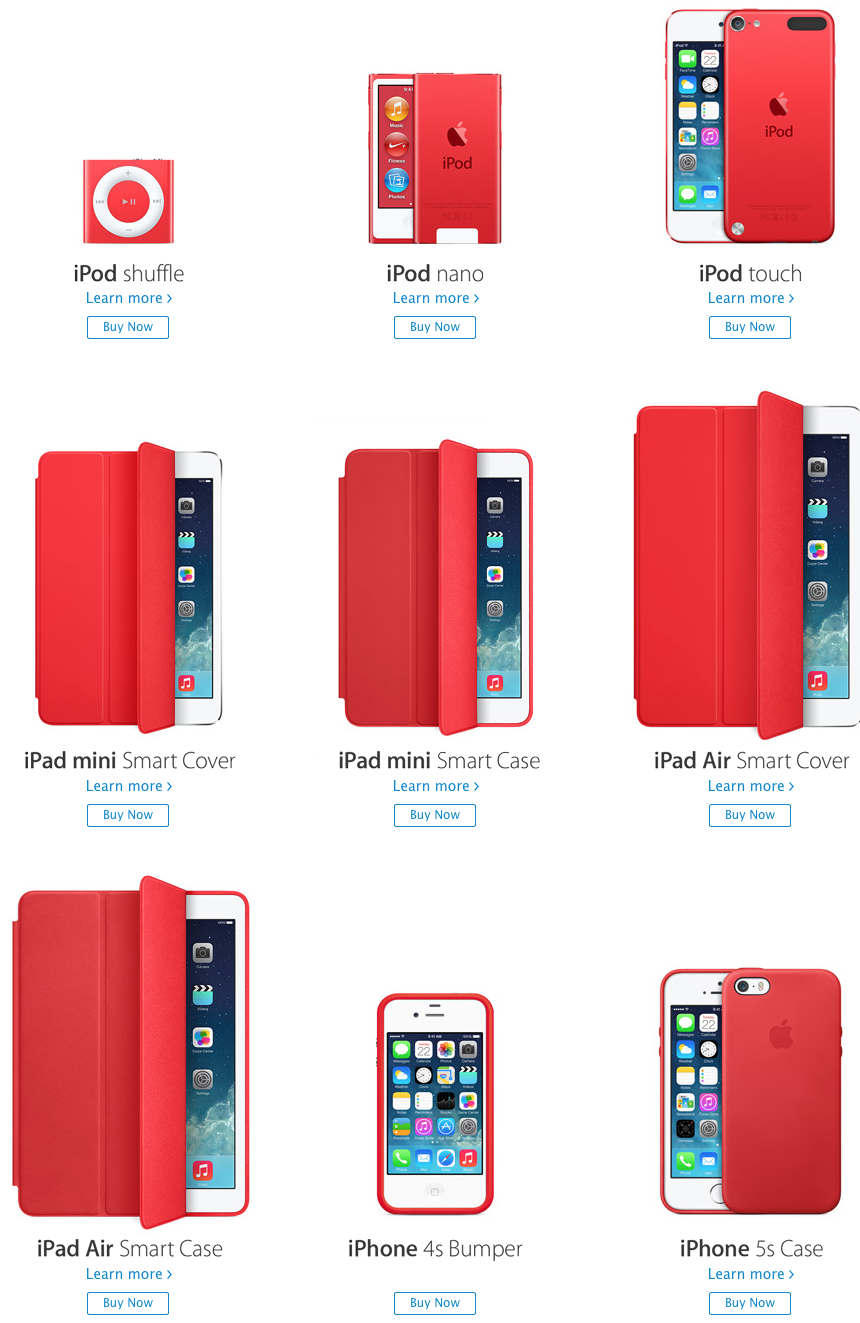 In February, Bank of America and U2 teamed up for a Product Red free song promotion on the iTunes Store, with the Irish rock band donating to the charity $1 for every free iTunes download of its single ‘Invisible’.

To learn more about Product Red, visit the official website.