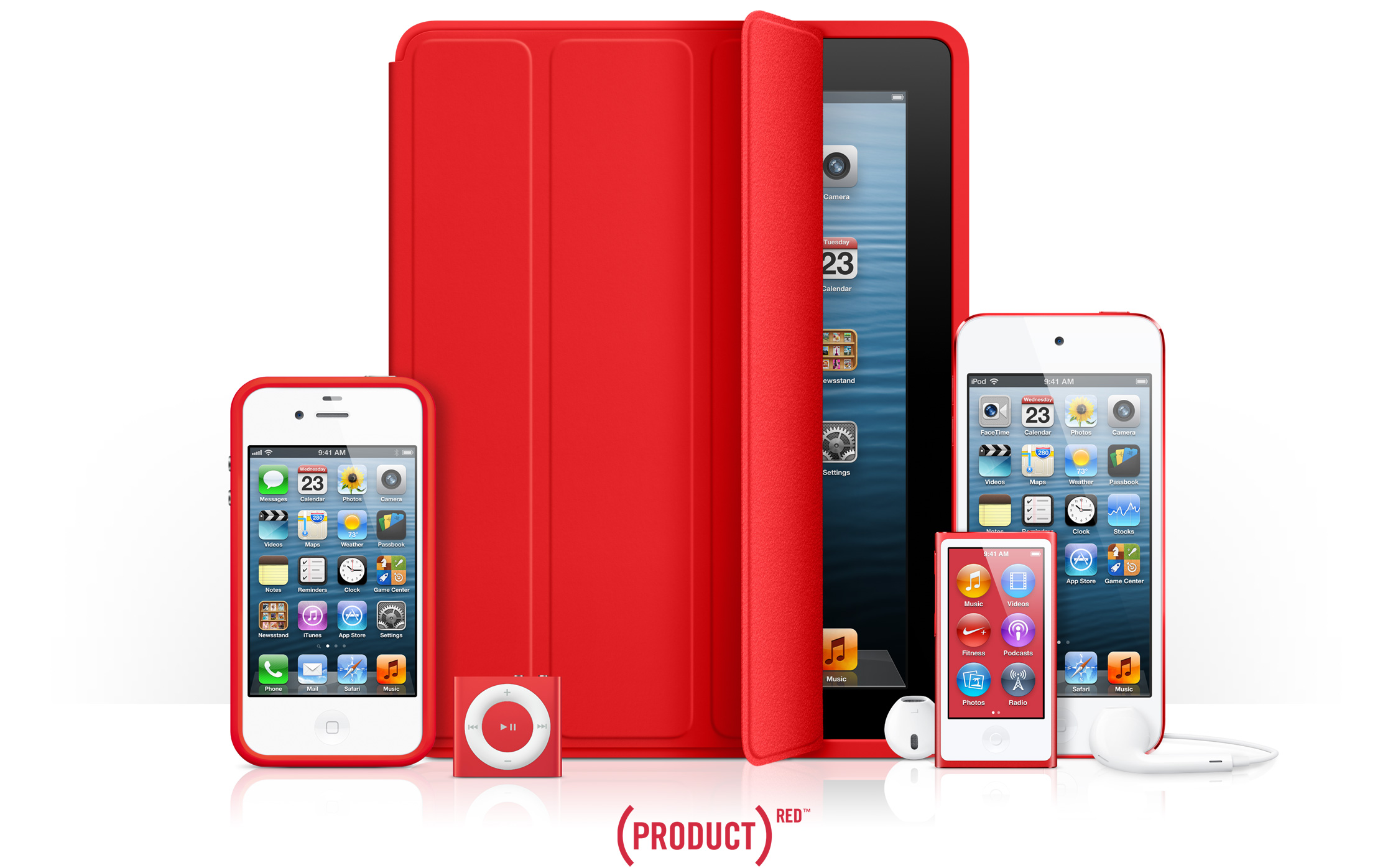 Apple has raised more than $65 million for the (Product) RED organization—a charity spearheaded by U2 frontman Bono that aims to fight preventable and treatable diseases like AIDS, Tuberculosis, and Malaria.

(Product) RED is unique, in that it raises money by licensing out its brand to partners like Nike and Starbucks, in return for a percentage of their sales. Apple, for its part, has been selling RED products since 2006…

Bono at #CGI2013 on @RED partners: “Apple is certainly leading the crew” Thank you Apple for raising over $65 million to fight AIDS.

“The $65 million means that Apple has raised around $15 million since February 2012 with the (PRODUCT)RED initiative, if numbers out of an internal Apple meeting are accurate.

“Apple is an enormously valued (RED) partner,” A (RED) spokesperson told TechCrunch. “Their contributions help enable the Global Fund to finance the AIDS fight on the ground in Africa. This work is absolutely critical to ending AIDS.”

Apple currently offers a number of RED products, including various iPod models and iDevice cases. And while it isn’t known for its philanthropy, the company has donated money to the Red Cross and other organizations.