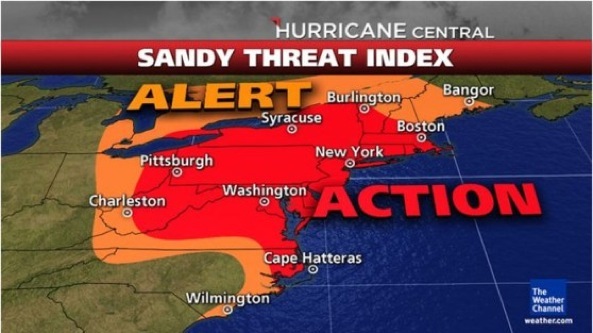 Hurricane Sandy that battered parts of United States has left destruction behind it and cost the country lives of people who were unfortunate to be in its path, causing Apple to temporarily close more than 50 stores and prompting some unusual carrier partnerships.

In Sandy aftermath, Apple set up a donations page in iTunes to let people help survivors by making a monetary donation to the American Red Cross. And today, Apple’s chief executive Tim Cook announced that the company itself donated $2.5 million in Hurricane Sandy relief…

Apple’s boss noted that “Apple employees and customers the world over have raised millions of dollars toward the relief effort so far”. 9to5Mac has Cook’s email communication to Apple employees announcing Apple’s corporate donation. 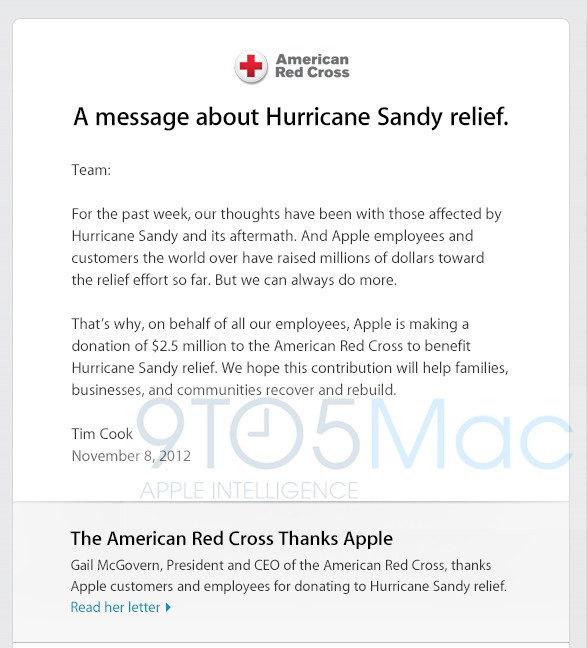 Pop star Lady Gaga donated $1 million to the American Red Cross in Sandy relief, as did some other celebrities.

Kudos to Apple for doing the right thing.

I made a contribution via the iTunes store page and I urge you to do the same.

What good is life if we don’t help those in need?

The American Red Cross is also accepting donations via its home page.