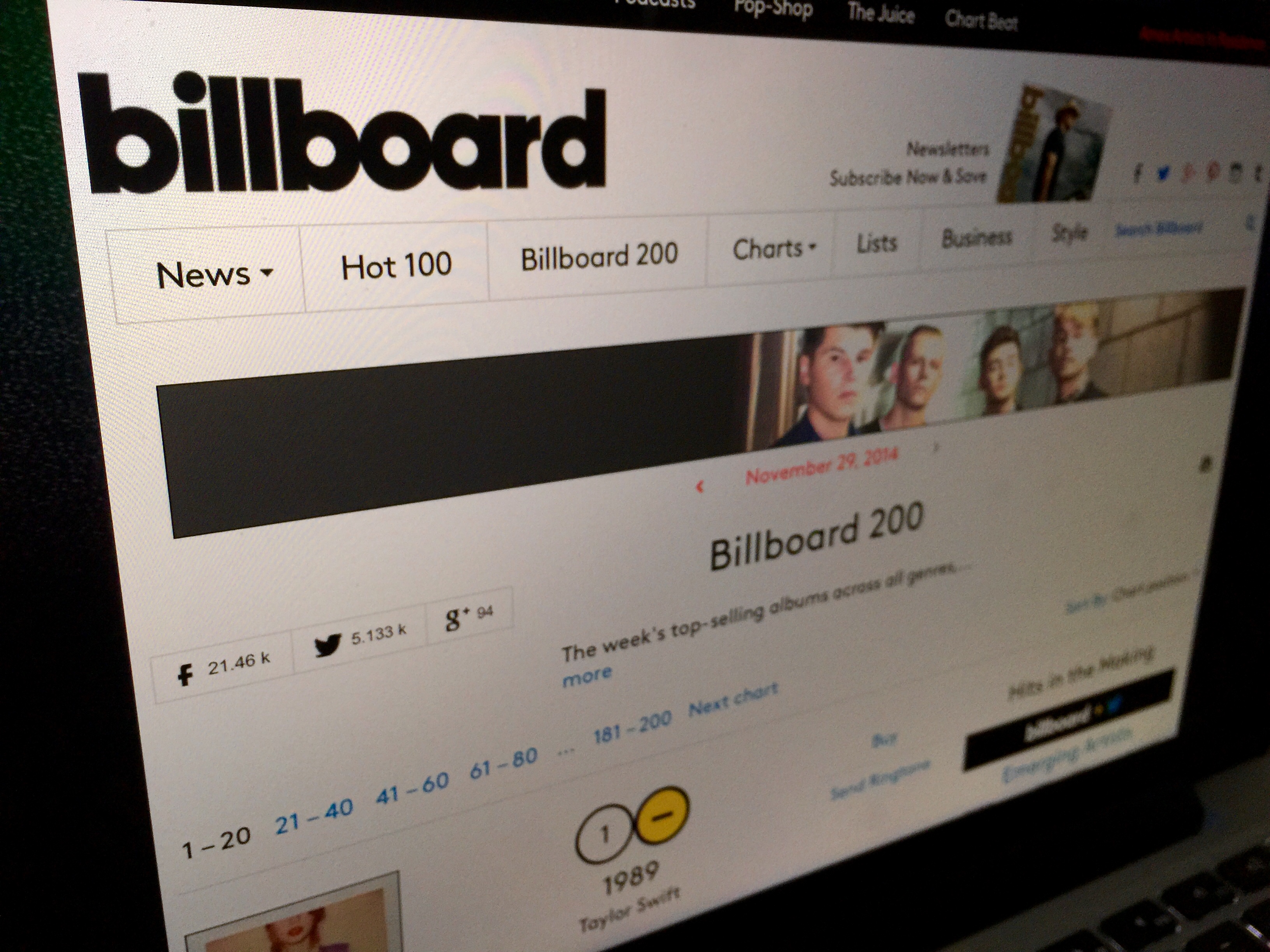 On Wednesday, December 3, Billboard says it will premiere its biggest upgrade to its 200 chart in more than 23 years. The chart, which currently tracks the top 200 albums of the week by sales, will be the first to include on-demand streaming and digital track sales.

To do this, the chart will incorporate streaming service data measured by Nielsen Entertainment by way of a new algorithm. Billboard says it’s the “most substantial methodology update since 1991,” when Billboard began using point-of-sale data to measure album sales.

“Adding streaming information makes the chart a better representation of music consumption activity,” says Silvio Pietroluongo, VP of charts and data development at Billboard. “While an extremely valuable measurement, album sales would mostly capture the initial impulse only, without indicating the depth of consumption thereafter. Someone could listen to the album just once, or listen to one track or a number of tracks 100 times. We are now able to incorporate those plays as part of an album consumption ranking throughout one’s possession of an album, extending beyond the initial purchase or listen.”

Billboard’s move underscores the growing popularity of streaming services, which now account for hundreds of billions of song plays across the world. It’s a trend Apple seemed to catch on to late, entering the arena just this year with its $3 billion purchase of Beats.

But despite being late to the game, it seems Apple has far-reaching ambitions for the streaming space. Rumor has it that the company is planning a major rebranding of Beats Music early next year, and lowering its price, and is even considering making it a default iOS app.