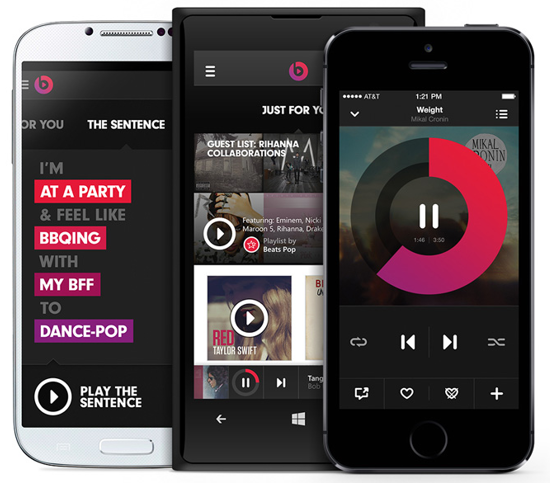 As Apple continues to migrate Beats Music to iTunes servers ahead of a major service overhaul, The Financial Times newspaper is reporting that the iPhone maker is looking to bundle the subscription music service into its iOS mobile operating system “early next year”.

If true, Spotify will have plenty to worry about because Beats Music would become instantly available on hundreds of millions of iPhones and iPads without requiring a download.

People familiar with the situation told writers Matthew Garrahan in New York and Tim Bradshaw in San Francisco that an iOS software update with Beats Music could arrive as early as March 2015.

A revamped Beats service won’t be free and will continue to operate on a paid subscription model. The service is likely to be rebranded under the iTunes label, notes the report.

The new music push could extend to the upcoming Apple Watch. You’ll recall that Apple added the iBooks app to the iOS 8 software update and previously pushed U2’s album to users’ devices, whether they wanted it or not.

“Apple could also take advantage of its new mobile payments service to enable customers to subscribe with just one touch of the iPhone’s fingerprint reader,” speculates the article.

iTunes, which has a Midia Research estimated 200 million active music buyers, has been under tremendous pressure over the past few years, especially as the advent of numerous subscription-based services from the likes of Spotify, Pandora, Rdio and others put a pressure on music downloads. 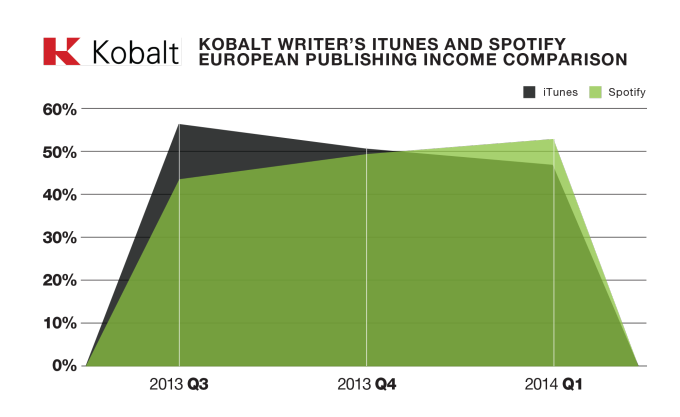 Subscription services are a much better deal for customers who are not concerned about losing access to tens of millions of songs in case they stopped paying a monthly fee.

Indeed, one could enjoy all the tracks in the world by paying Spotify a monthly fee of ten bucks. By comparison, full album downloads cost ten dollars or more on iTunes.

A survey conducted by Kobalt Music Publishing, which collects royalties on behalf of 6,000 songwriters and music makers in Europe, concluded that artists are now receiving more revenue from Spotify than iTunes in Europe. Spotify’s founder Daniel Ek said his company has paid $2 billion to artists and music companies, half of that in the past year.

Apple in a recent SEC filing admitted that iTunes music sales have declined this year, corroborating a report by The Wall Street Journal in which sales of digital music on iTunes were shown decreasing between thirteen and fourteen percent since the beginning of 2014.

Midia estimates Beats Music has only 110,000 subscribers. Spotify, arguably the most popular subscription music services, had 40 million users with ten million paying subscribers as of May 2014.