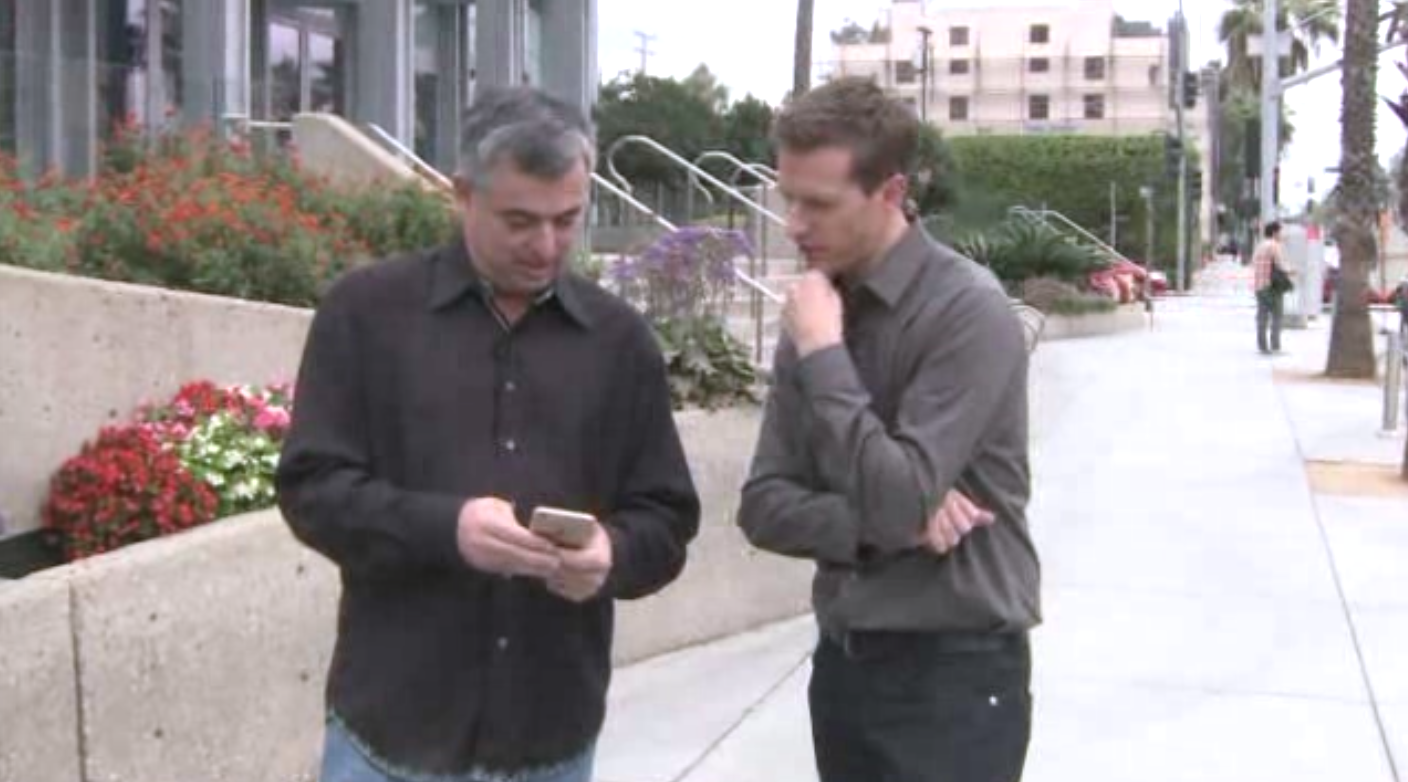 During a Monday night segment of the Tech Report on local LA news station KTLA, Eddy Cue took host Rich DeMuro on a “shopping spree” to demonstrate how easy it is to use Apple Pay for purchases. The pair visited a number of places, including Panera Bread, Bloomingdale’s and the Disney Store.

Using his gold iPhone 6 Plus, Apple’s SVP of Internet software and services, pre-ordered food from Panera Bread using the restaurant’s app, and paid for it via Apple Pay. He then went to Bloomingdale’s to buy sunglasses, the Disney Store for a few toys, and of course they ended up at an Apple Store.

There are a few things in the segment worth noting. The first is that Cue was able to order and pay for his food using his iPhone, and pick it up, without ever having to wait or talk to anyone. Also, he only had to sign for his purchase at Bloomingdale’s, which he explains was due to a pricing limitation.

The pair finish out the segment by talking about the ability to use Apple Pay within applications, and its security implications. Cue reiterates how secure the new mobile payment service is, due to the fact that it uses Touch ID for authentication and token-based transactions that hide credit card details.

Apple Pay has seen some significant success since it launched in October. Whole Foods says the payment method now accounts for 1% of all its transactions, and it makes up 50% of McDonald’s tap-to-pay transactions. Walgreens says mobile wallet payments have doubled since Apple Pay debuted.