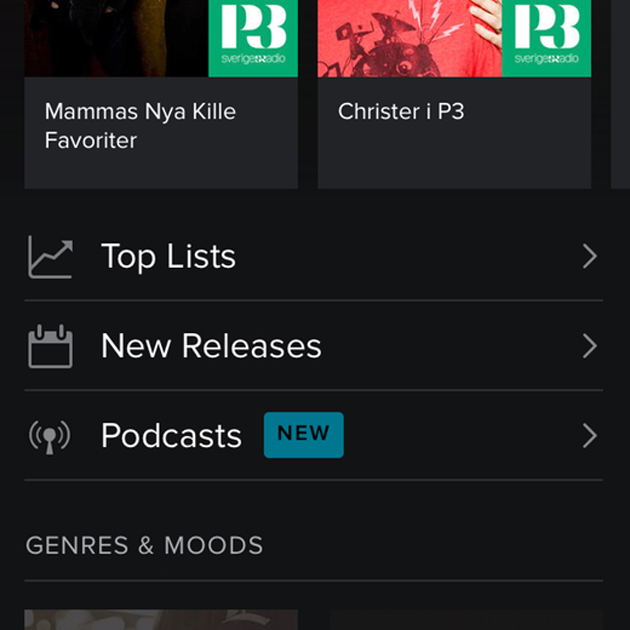 According to code strings that developer Ethan Lee uncovered from a beta version of the Spotify 2.0 app, podcasts may be coming soon to the world’s most popular streaming-music service hailing from Sweden.

Code strings directly reference podcast subscriptions, giving hope that users will be able to listen to the latest episode of their favorite podcast, in addition to streaming their music, right inside Spotify’s mobile and desktop app.

Additional details were not immediately available so the scope of this rumored feature remains unclear. That Spotify is being mum on the matter doesn’t help either.

”The company has plans for a podcasting service as well as an as-yet undetermined feature that is currently set up under the name ‘Magic’,” writer Ingrid Lunden said.

The code string along with the supporting image top of post have led Lee to speculate that Spotify is planning on releasing podcasts “as a response to users’ requests and to become a full-blown iTunes competitor on more than the music front.”

Apple’s iTunes and the firm’s standalone Podcasts app for the iPhone and iPad are among the most popular venues to download and subscribe to the thousands of podcasts carried on the iTunes Store.

That said, adding podcasts to Spotify would serve as another compelling reason to abandon iTunes in favor of Spotify.

According to a survey recently conducted by Kobalt Music Publishing, which collects royalties on behalf of 6,000 songwriters and music makers in Europe, artists are now receiving more revenue from Spotify than iTunes across Europe.

Apple itself confirmed that music sales on iTunes have declined this year as subscription-based streaming music services continue to gain ground at the expense of music downloads.

Earlier this morning, the Sweedish music startup said it’s partnering with Uber to permit users to choose their in-car music when requesting a car through Uber’s iPhone app. Then when your ride arrives, your favorite tunes will be ready to play via in-car speakers.

Spotify is available free of charge in the App Store.