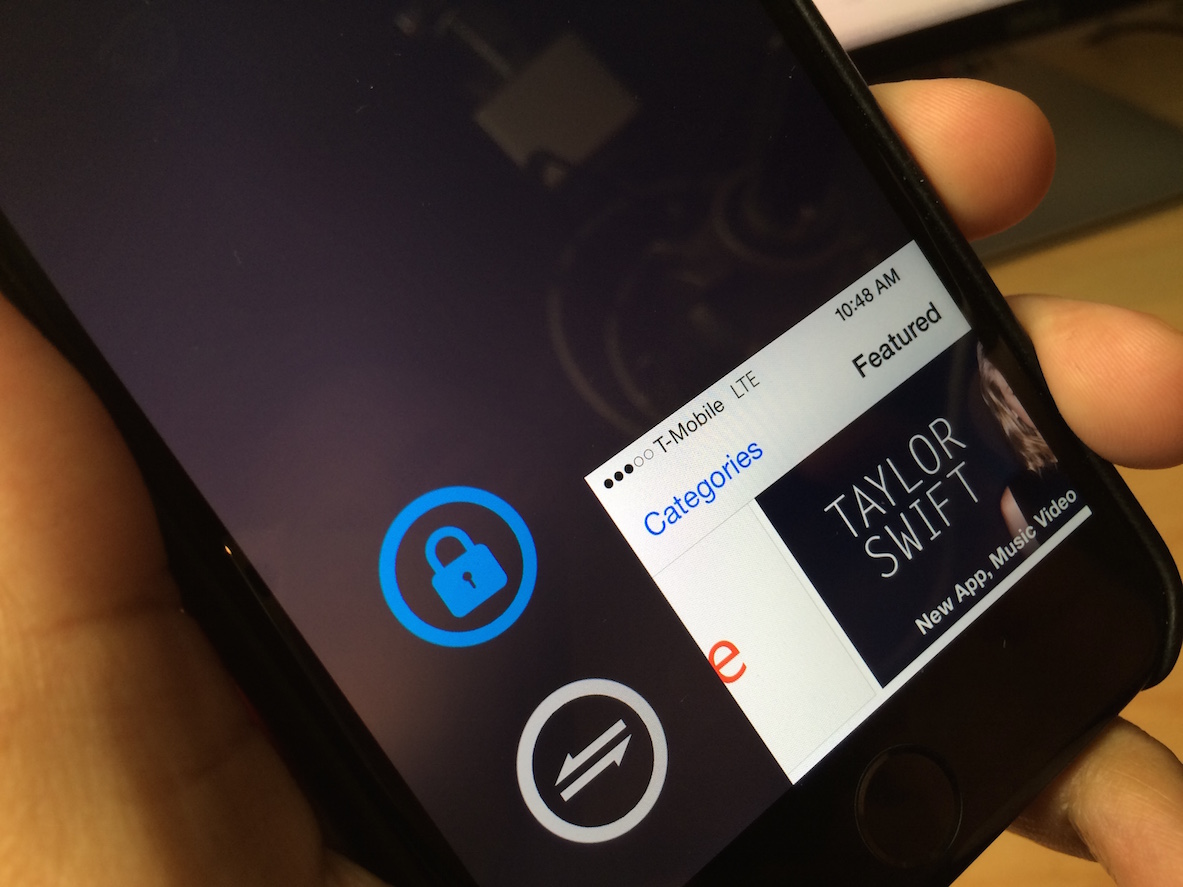 MyReachability is the first compelling tweak that I’ve seen thus far involving Reachability. I don’t want to sound hyperbolic, but this could be a game changing tweak with a little bit of TLC.

MyReachability is from Korean developer Shine, the first such tweak I’ve seen of his, but hopefully not the last. That’s because what I found was something extremely impressive, innovative and practical.

Check out my video walkthrough of MyReachability after the break, and see why this new jailbreak tweak has me so excited.

After installing MyReachability, you can configure it from the Settings app. One of the first things that I recommend doing is disabling the “Show Shine graphics” switch near the bottom of the tweak’s preferences. That’s perhaps the only real misstep with this tweak, as it displays some distracting graphics on the Reachability background. 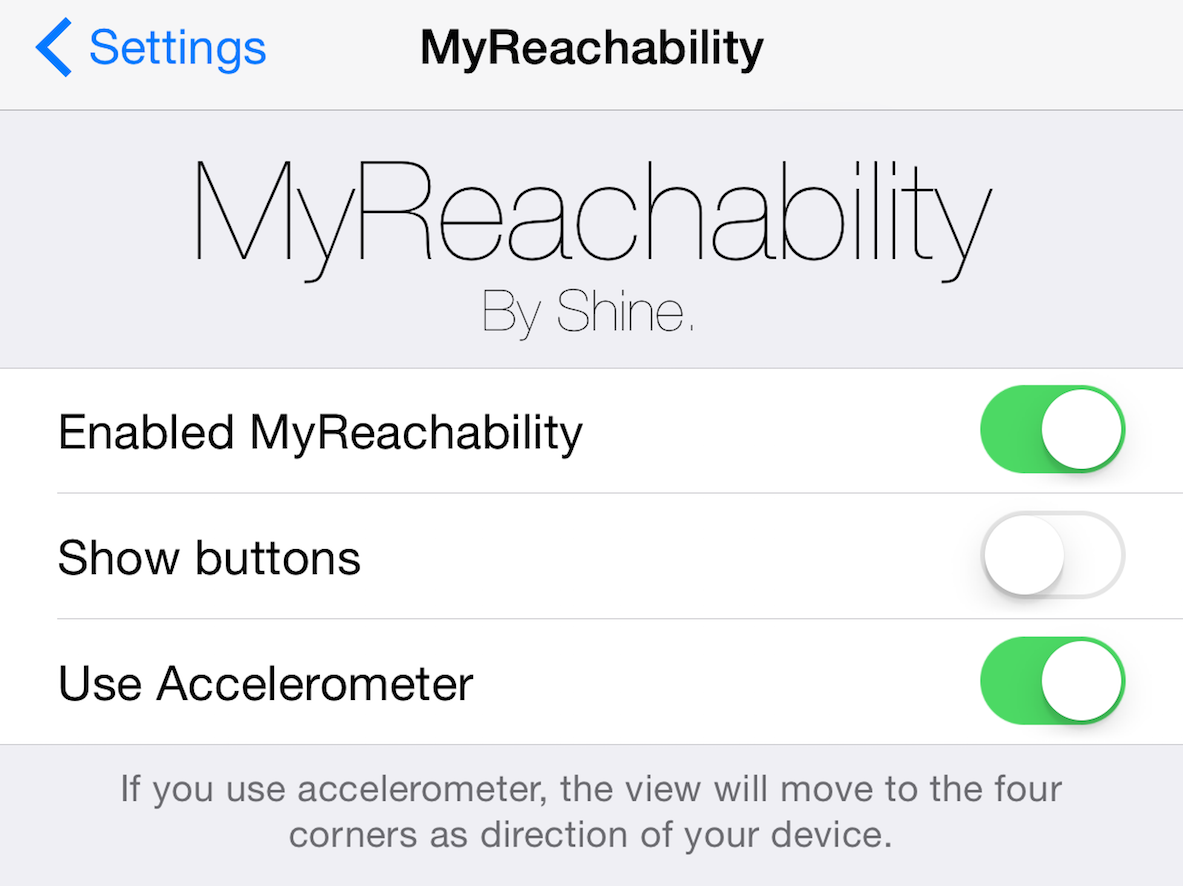 Once you do that, there are three switches at the top of the preferences that can be configured. The first switch is the kill switch for the tweak; make sure that this is enabled, or MyReachability won’t work at all.

The next two switches are used to Show buttons and Use the accelerometer. The accelerometer switch should definitely stay on, as that’s what makes this tweak so interesting. Show buttons allows you to enable the Lock button and Swap button on the Reachability interface. For new users, I recommend keeping all three switches enabled in the tweak’s preferences. Watch the video for a brief demonstration of what these options allow you to do.

Once the tweak is configure to your liking, you can invoke Reachability by double-tapping on the Home button on your iPhone 6 or 6 Plus. This will cause MyReachability to be invoked, and you can then tilt your device to make the app move to each of the four corners of the iPhone.

What makes this tweak so compelling is that with a little tweaking, it could make it so that you can easily access any on screen element with one-hand. It’s not 100% perfect yet, because the tilt detection isn’t sensitive enough, and the areas of the screen that the tilting displays isn’t completely optimized to access all on screen elements of an app easily.

For example, in the screenshots below, I demonstrate all four corners of the preference panel for the tweak. The tweak makes it easier to access most of the elements on screen, but certain ones are still a bit difficult to reach, namely the Show buttons switch, because of its location. I think that this tweak could be modified a bit so that the lower left and lower right corners could display a bit more of the app that it currently does. 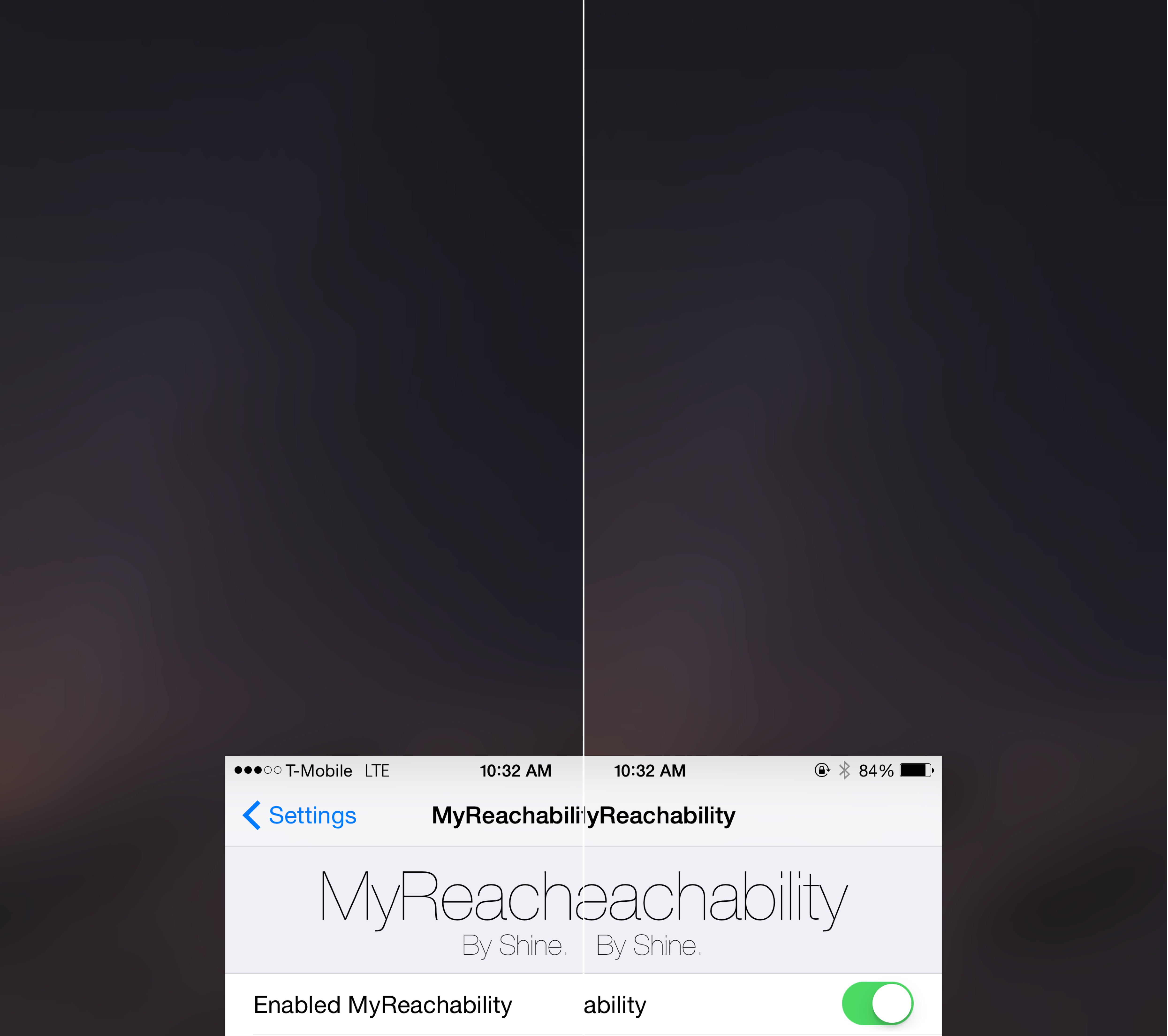 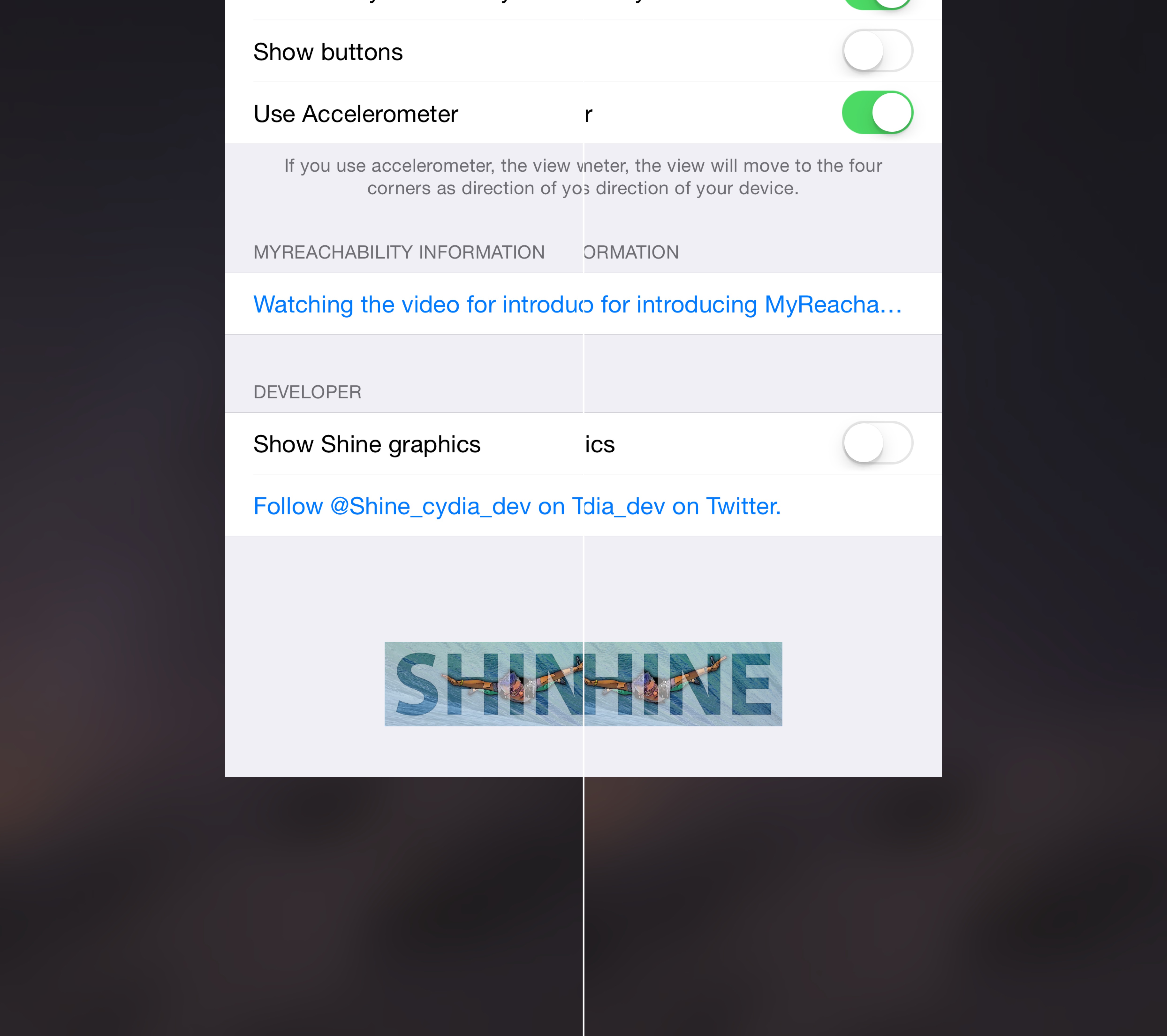 But there is no doubt that this is a tweak that holds loads of promise. All it needs is perhaps a few modifications to perfect it, and some users may not even see the need for that.

I’m interested to hear what you have to say about MyReachability. If you own and iPhone 6 or an iPhone 6 Plus, I recommend that you head over to Cydia’s BigBoss repo and download this free tweak as soon as you get a chance. It’s really cool, and it makes Reachability much more useful than it is stock.