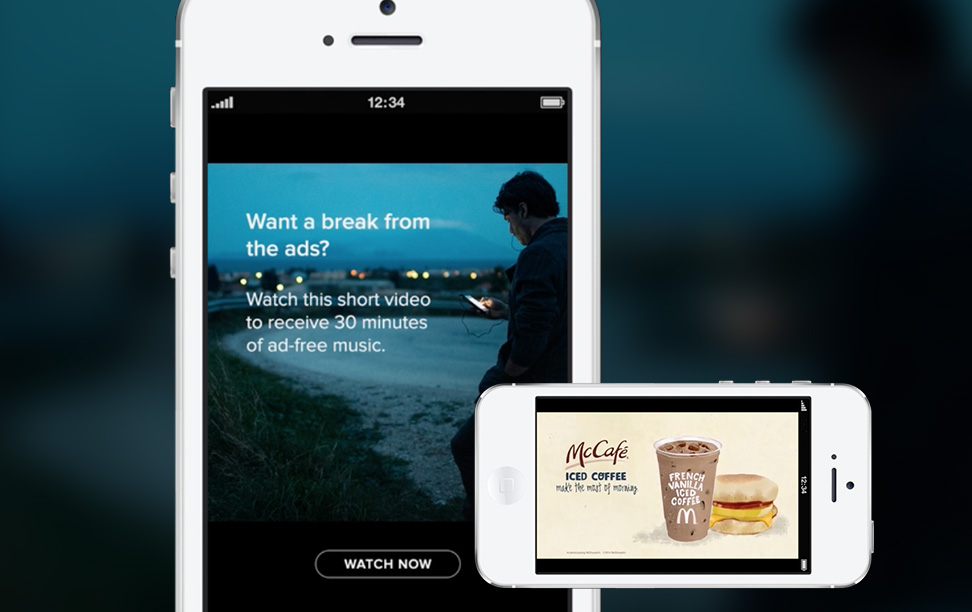 Spotify, the popular music-streaming service with 40 million strong user base, on Monday announced a new way to stream music for free.

Leveraging its video ads for mobile and desktop that have been in limited testing since mid-June and are now rolling out, free Spotify streamers who opt-in to view short 15-30 second videos on their device will receive 30 minutes’ worth of uninterrupted, ad-free music. Spotify, which hails from Sweden, opened its mobile service to non-paying users in December.

Spotify supports two ad units: a so-called ‘Video Takeover’ and ‘Sponsored Sessions’. As the name suggests, the ‘Video Takeover’ units are 15-30 second videos that play full-screen on both desktop and mobile. The video ads are smart enough to stop playing when you minimize the desktop client.

“Both formats are delivered in a 100 percent viewable environment and give our brand partners 100 percent share of voice,” writes the startup.

They’ll start testing the video ads in the fourth quarter of 2014 with a limited number of brands, extending them to all advertisers in the first quarter of 2015.

Visit the Spotify for Brands website to learn more.

Despite the 40-million-people user base, only ten million Spotify accounts are subscriptions. Paying customers receive unlimited, ad-free streaming on both desktop and mobile, in higher quality, in exchange for a subscription fee of ten bucks per month.

Spotify’s audience is highly engaged. According to an internal April 2014 survey, each user spends on average 146 minutes a day listening to his or her Spotify tracks across multiple desktop and mobile devices.

Spofity for iPhone and iPad is available free in the App Store.