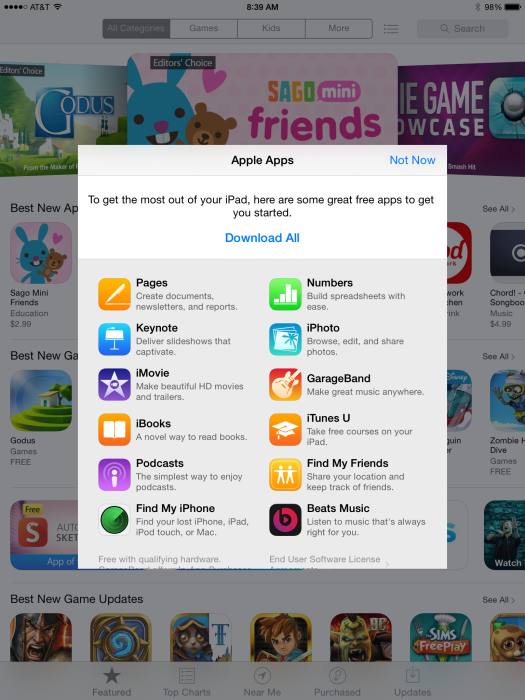 Back in September of last year, Apple started giving away its own iPhone and iPad apps to new iOS device owners.

To refresh your memory, the previously paid software such as Pages, Numbers, Keynote, iMovie and iPhoto — along with Apple’s free apps like Remote, iBooks, GarageBand, Podcasts, Find My iPhone, Find My Friends and iTunes U — appears as an offer when the App Store is opened for the first time on a newly-purchased iPhone, iPod touch or iPad.

As first noted by Benjamin Mayo on 9to5Mac, the App Store prompt now includes Beats Music, as evidenced by the screenshot top of post.

Existing iOS device owners will see this prompt after performing a clean install of iOS 7 on their iPhone and iPad. At post time, the ‘Apps Made by Apple’ App Store subsection did not include Beats Music though we’re expecting it to appear there soon.

Apple pitches Beats Music as the best way to “listen to music that’s always right for you,” highlighting the service’s strong focus on human curation which sets it apart from a plethora of competing services.

Based on our own experience, the App Store prompt promoting Beats Music to new iOS device owners actually started popping up a week ago. Just last week, the Online Apple Stores around the world started featuring Beats by Dr. Dre headphones and related accessories. 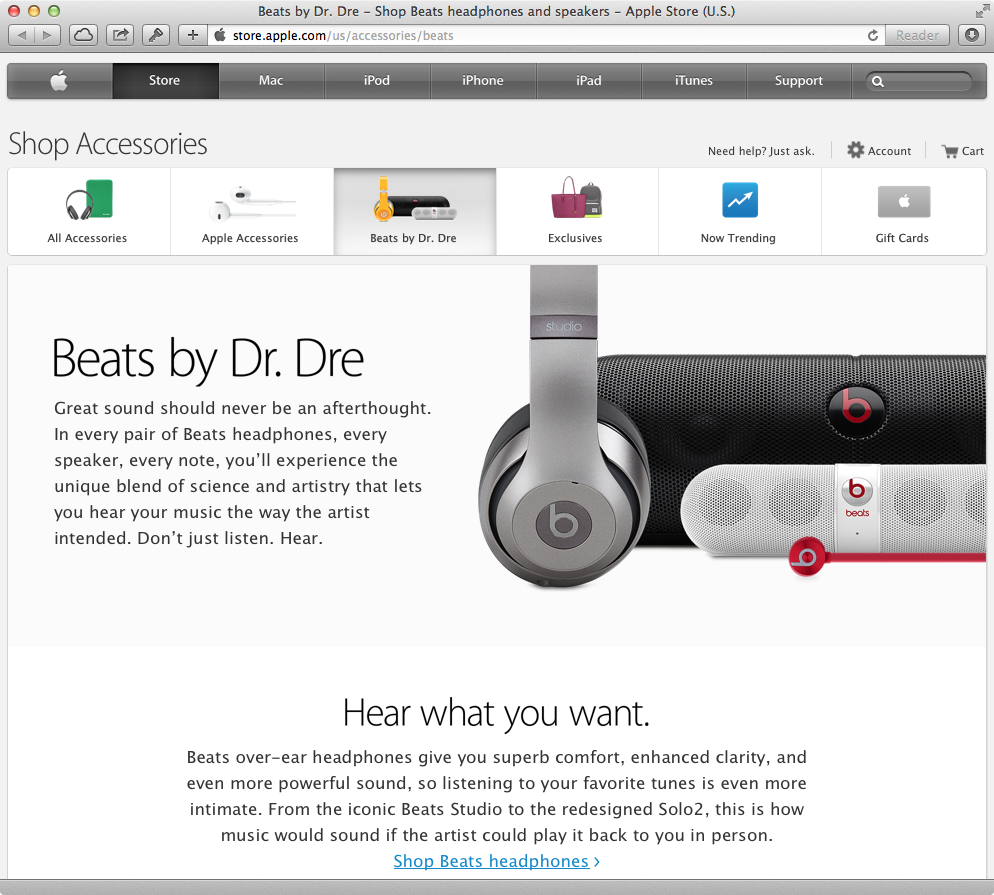 Earlier this month — and less than two months after announcing that it would be acquiring Beats Electronics and Beats Music for $3 billion — the iPhone maker officially welcomed Beats to the family via a special webpage.

The European Commission recently okayed the deal, which is still pending regulatory approval in the United States. The Cupertino firm is said to be now transitioning Beats Music to its own iTunes servers, with Beats Music CEO Ian Rogers reportedly set to head Apple’s iTunes Radio efforts.

Beats Music can be grabbed free as a standalone download in the App Store, too.

The 17.8MB download requires an iPhone, iPod touch or iPad running iOS 6.0 or later. A monthly subscription is required to use Beats Music.