With Apple’s assumed iPhone 6 launch in September about two months away, supposed device components continue leaking out of China almost on a daily basis, so much so that one will soon be able to reconstruct the entire device from leaked parts.

This is entirely expected: as the launch day draws nearer, resellers in China and third-party repair shops are finding it easier to obtain genuine parts from Apple’s component suppliers.

Today, we’re taking a look at multiple components such as the sleep/wake button, a pair of Home buttons suggesting Touch ID for both upcoming new iPhones and iPads and more…

Shared by the French blog NowhereElse.fr [Google translate], the high-quality photographs included in this article were first posted by the Japanese blog ASCII.jp [Google Translate]. 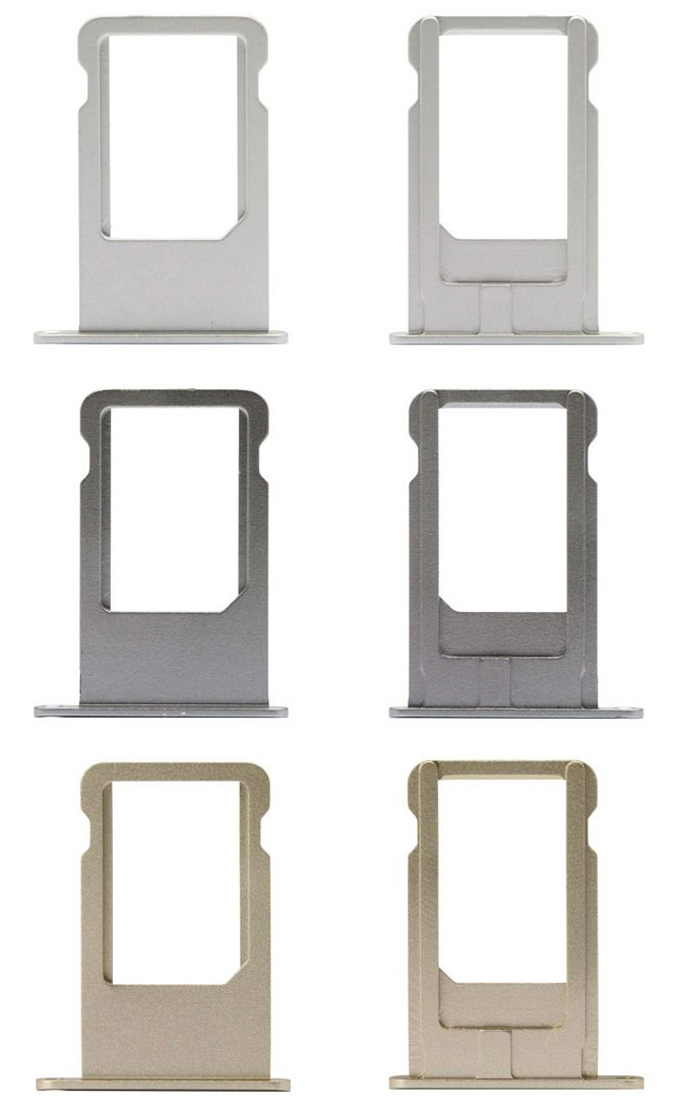 The SIM trays (above) match up nicely with the previously leaked trays – again, proving the iPhone 6 is likely to come in same Space Grey, Gold and Silver finishes as its iPhone 5s counterpart.

And this is the flex cable. 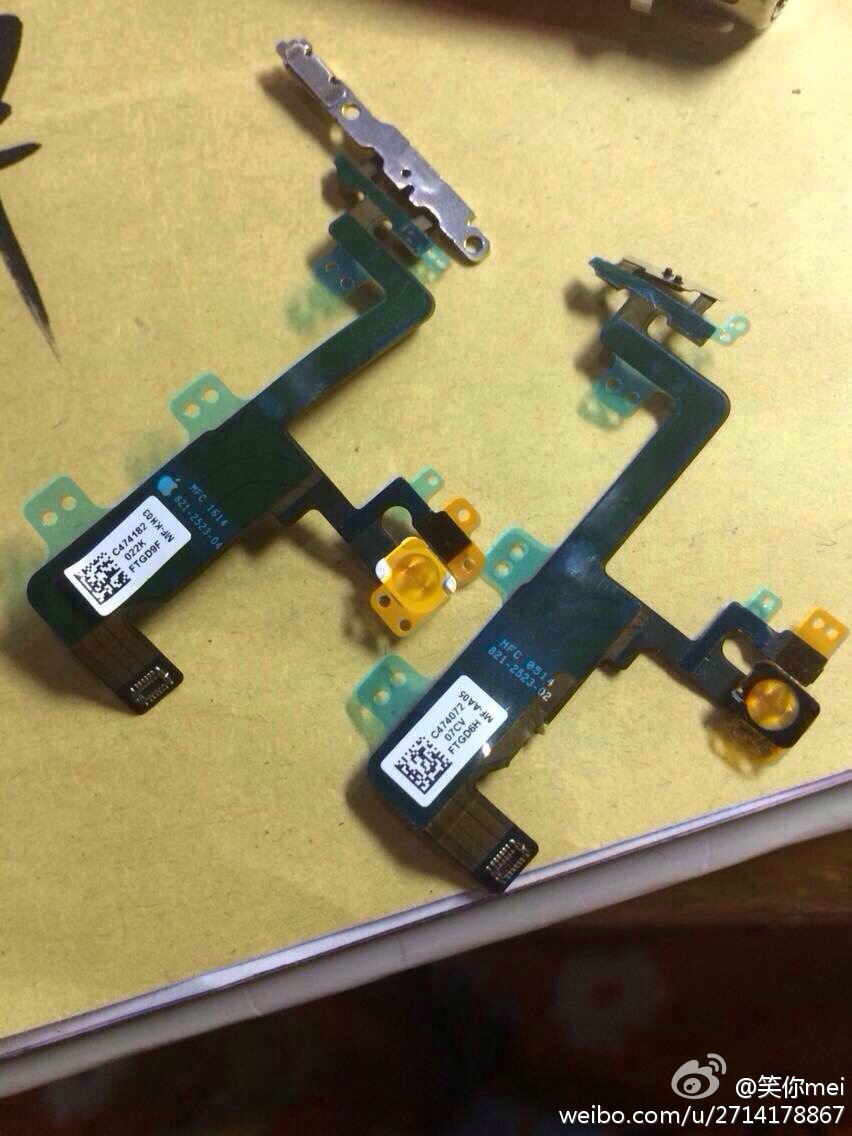 The Wi-Fi module with an antenna looks genuine, too.

Also, the rear shell image clearly shows a cutout for the Apple logo that some people think will use screen backlighting to glow when you receive a phone call or an important notification (see our related poll here). 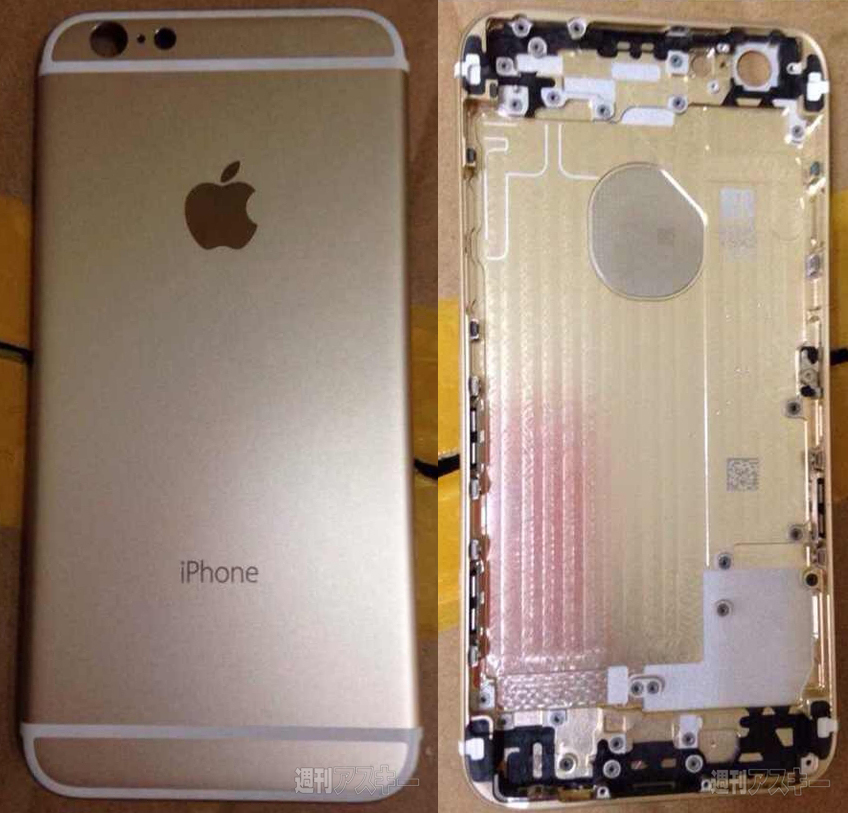 The image top of post showing a pair of slightly different Home buttons tells us that – shocker – both 2014 iPhones and iPads (including a supposed iPad mini Air) will likely be outfitted with Touch ID. A week ago, ASCII.jp first leaked images of Apple’s more durable next-generation Touch ID sensor.

As you know, the sophisticated fingerprint scanner debuted as an iPhone 5s exclusive last September. Touch ID is widely expected to expand to 2014 iPhone and iPad models. Contract fabricator TSMC is said to be already building a more durable variant of Touch ID that uses tin for module packaging.

If you can glean additional information from these images, post in comments and I’ll update (and credit) the article accordingly.