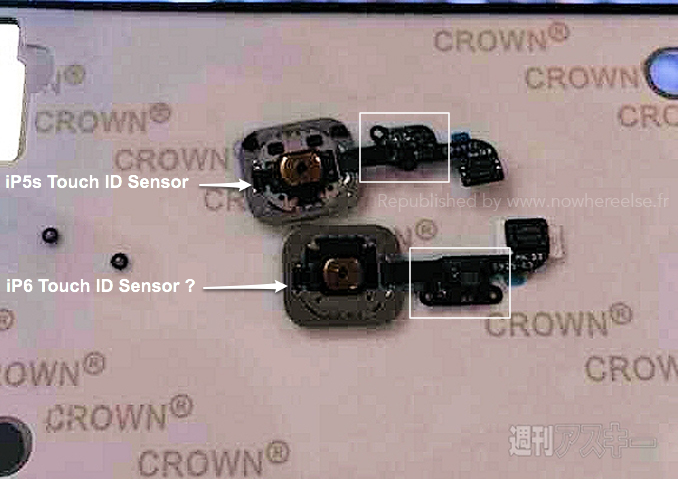 Purported iPhone 6 parts continue leaking out ahead of the handset’s assumed September unveiling. We were recently treated to a stress, bending and scratch test videos of a piece of a purported sapphire-coated iPhone 6 cover glass.

As you know, the sophisticated fingerprint scanner debuted as an iPhone 5s exclusive last September. Touch ID is expected to expand to new iPhone and iPad models this year and TSMC is said to be already building a more durable variant of Touch ID.

New images that surfaced Wednesday promise to offer a glimpse of what an improved, slightly revamped Touch ID for the iPhone 6 looks like…

Not much can be gleaned from the photographs as the component, for the most part, appears to be consistent with the current Touch ID unit embedded into the iPhone 5s’s Home button. 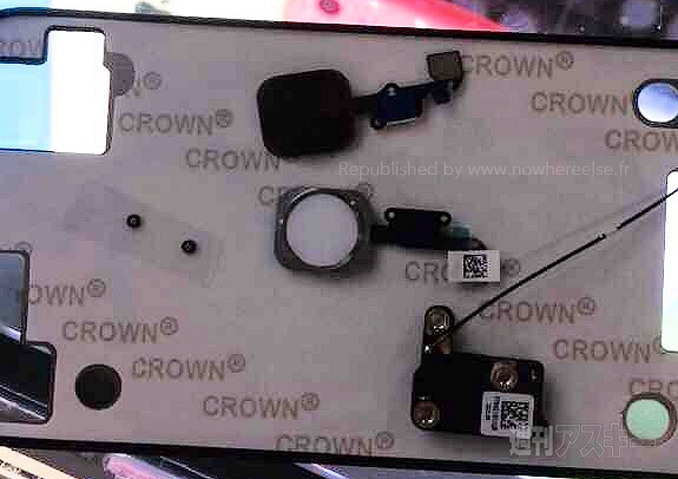 The mounting bracket appears to have been moved to the opposite side of the ribbon cable. The difference, presumably, reflects the iPhone 6’s slightly rearranged layout of internal components. Specifically, the screw holes appear to match up perfectly with the alleged iPhone 6 technical drawings. 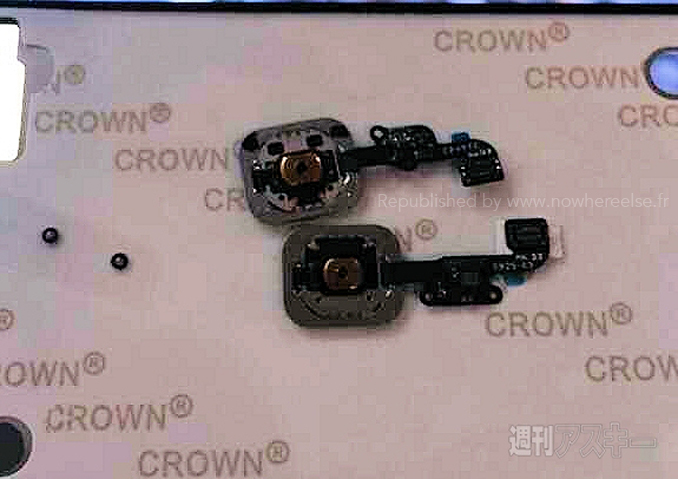 The shape of the sensor looks a bit different than the current-generation Touch ID, although it’s hard to tell for certain because the photos are not high-resolution. Shielding on the rear appears to be different, too.

According to Apple’s component suppliers, Taiwanese contract fabricator TSMC in May shipped first batch of next-gen Touch IDs for the iPhone 6, iPad Air 2 and iPad mini 3. The updated fingerprint sensor is said to be more durable due to the use of tin for module packaging.

As PatentlyApple noted yesterday, the United States Patent and Trademark Office has refused Apple’s Touch ID trademark filing over a “likelihood of confusion” given another company already holds a trademark for Kronos Touch ID.

Apple now has six months to respond to the USPTO. Should USPTO uphold its determination that Apple can’t get granted a trademark for Touch ID, the iPhone maker will have no choice other than rename the feature.