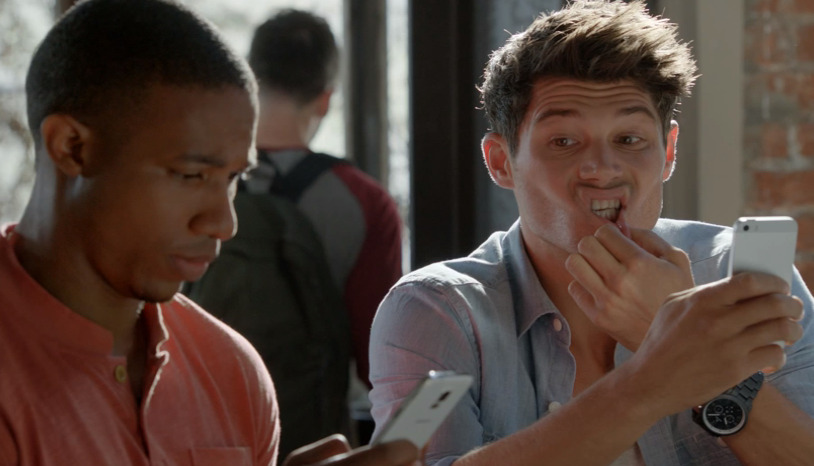 Samsung has posted a new ad to its YouTube channel this afternoon entitled ‘Screen Envy.’ The spot addresses rumors that the iPhone 6 will come with a larger display, saying that Samsung’s Galaxy smartphones have had 5-inch screens for years.

The commercial literally opens with an iPhone user telling his friend that Apple is working on a larger-screened smartphone. The friend, who is of course using a Galaxy S5, is clearly unimpressed by the speculation, saying “that hasn’t happened yet?”

Samsung is coming off multiple bad quarters, and is expected to lose more marketshare when Apple enters the 5+ inch smartphone space this fall. So while it’s odd that they’d center an ad around a rumor, it’s clear that they’re looking to get out in front it.

Apple is expected to launch not one, but two new handsets in September—one with a 4.7-inch display and a larger 5.5-inch model. Obviously, nothing has been confirmed yet, but we have seen multiple case and component leaks that corroborate the rumors.