With so many leaked parts, mockups and insider reports raining down each week, it can be hard to keep up with the iPhone 6 rumor mill. Luckily, our friends at Nowhereelse.fr have compiled an infographic that offers an overview of the latest chatter.

The following image lists some of the more popular iPhone 6 rumors we’ve heard thus far, and the likelihood that they’ll materialize. The data used to create the graphic comes from various tech outlets including AppleInsider, BGR, and of course, iDB…

As you can see, there are a few iPhone 6 rumors that everyone agrees on. The 4.7-inch display seems to be a lock, at 100%, as does the iPod touch-like design at 95%. This isn’t too surprising given that most of the part leaks we’ve seen echo these sentiments. 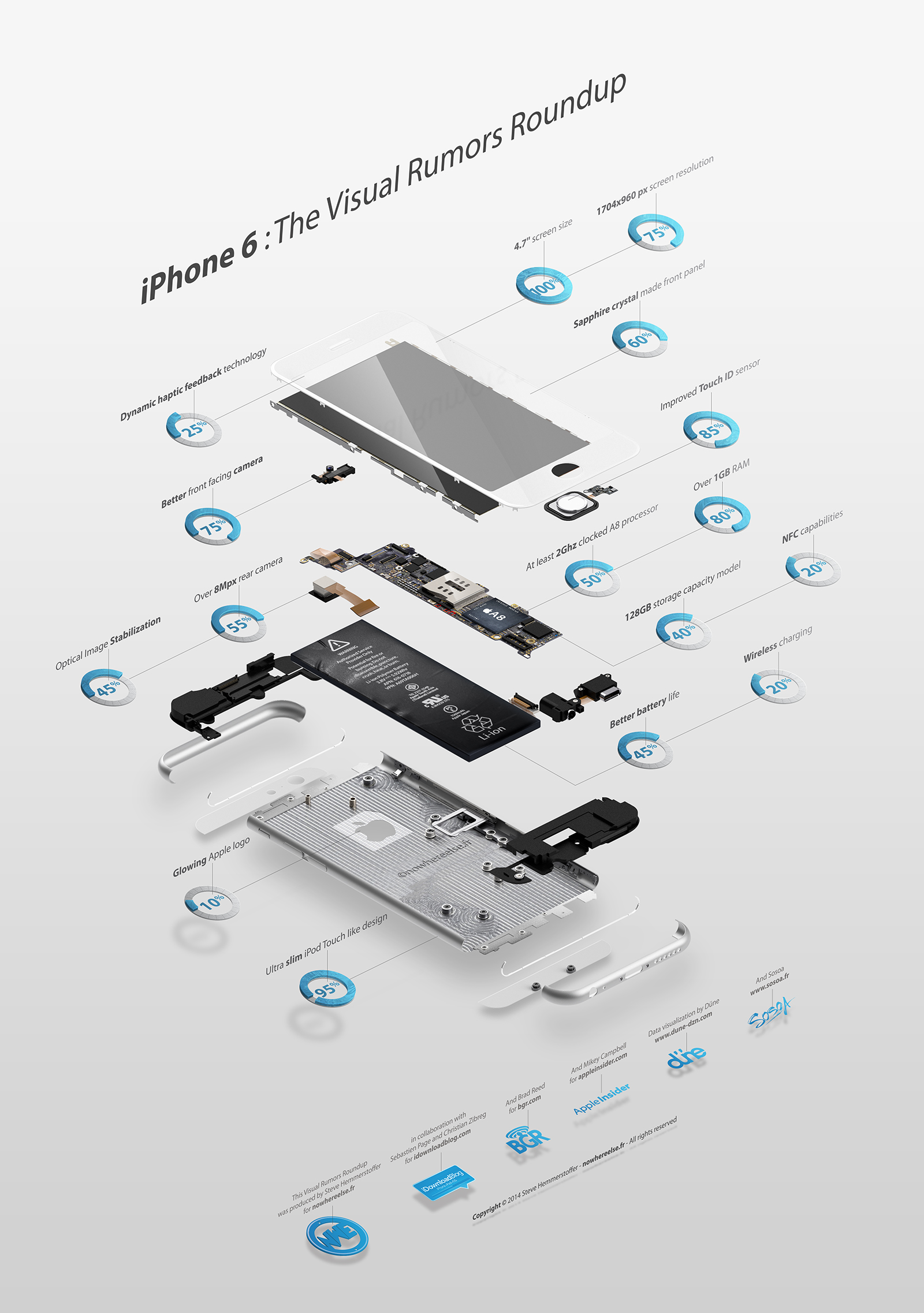 Conversely, there are a few rumors we’ve heard that don’t seem very likely. For example, the sites gave the iPhone 6 a 25% chance of having haptic feedback tech, and just a 10% chance of a glowing Apple logo. These are some of the more far-fetched theories.

In all it appears that we have a pretty good idea, in general, of what to expect for the iPhone 6. Of course, this is all based on rumors, speculation and purported part leaks, and it’s very possible that Apple could announce something completely different this fall.

What do you think about the infographic? Do you agree or disagree with the percentages?