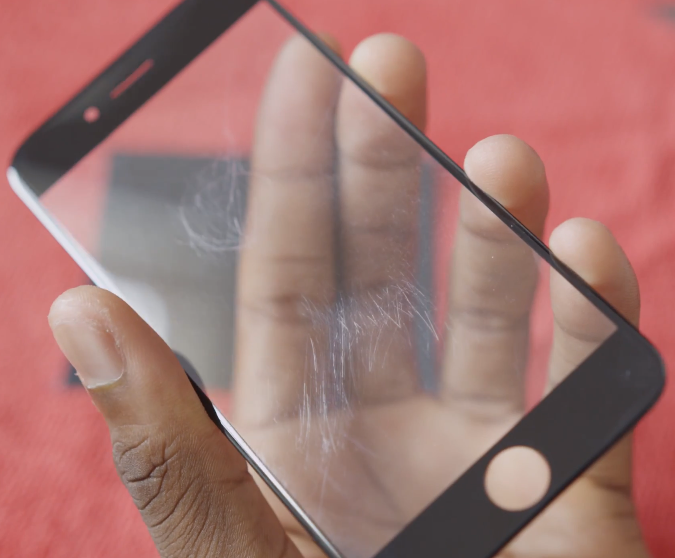 The consensus thus far has been that the iPhone 6 will feature a sapphire-covered display. Apple recently opened a plant to produce large amounts of the material, and we’ve seen videos depicting purported iPhone 6 panels as virtually indestructible.

But a new scratch test video suggests that the leaked iPhone 6 front panels floating around may not actually be made of [pure] sapphire. In the clip, YouTube veteran Marques Brownlee puts the panel to the test using Mohs scale of mineral hardness…

As Brownlee explains, the Mohs scale goes from 1-10, with 10 being the hardest. Minerals can scratch anything below it, but they can’t scratch anything above it. A steel knife is rated at a 5.5, Gorilla Glass 3 is a 6.8, and sapphire crystal glass is rated a 9.

Since the steel knife used in previous scratch tests is rated lower than Gorilla Glass and sapphire, Brownlee wanted to up the ante. So he picked up two types of sandpaper: garnet (a 7 on Mohs scale) and emery (8), and both were able to scratch the panel.

The results of the sandpaper tests suggest that the alleged iPhone 6 panel is not pure sapphire. So what is it? Brownlee opines that it could be next-gen Gorilla Glass, or some sort of hybrid sapphire laminate—something Apple has actually filed for a patent on.

Again we don’t know if this so-called leaked component is legit, and we have seen reports claiming that Apple is only using sapphire glass on the larger [5.5-inch] iPhone 6 due to cost. We’ll find out for sure when the handset is presented on stage in September.