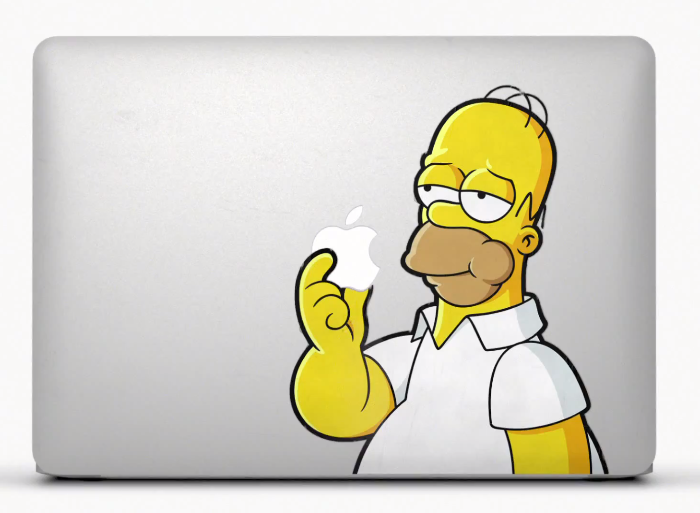 Apple tonight aired a new commercial for its MacBook Air line called “Stickers.” Interestingly enough, it doesn’t talk about features or specs, or even show the laptop in use. Instead, it shows an Air being customized with various decals.

Apple says the ad, which features music from Hudson Mohawke, is a “celebration of all the many ways people love the MacBook Air.” And it ends with a side view of the thin computer and a powerful tagline: “The notebook people love.”

In the ad you see a number of decals, including those for popular franchises like Breaking Bad, Peanuts, The Simpsons, Hello Kitty, and more. The stickers, which you can get almost anywhere, are typically vinyl, and fairly easy to apply and remove.

The MacBook Air was last updated in April of this year, with a faster processor and cheaper price tag. The computer has been named the best laptop in its class (Mac or PC) by several publications, including The Wirecutter, ZDNet, and LaptopMag.

Apple has also added a new page to its website showcasing all of the stickers you see in the ad.

What do you think of the new advert?