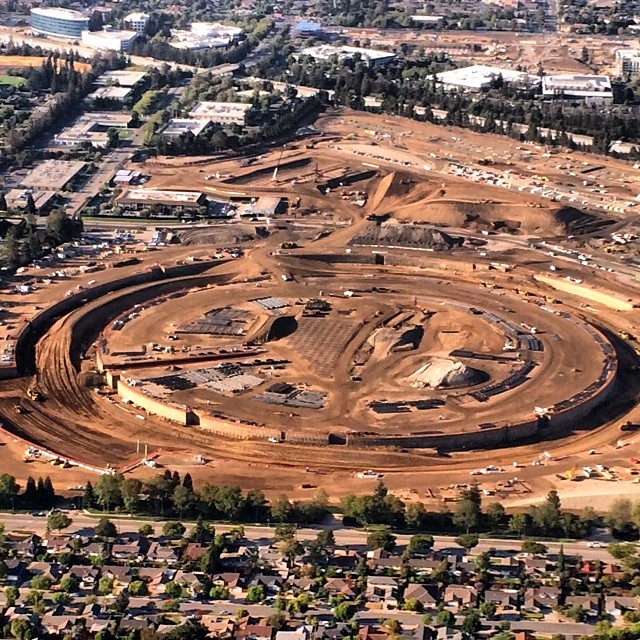 Ron Cervi, news and traffic reporter for KCBS, is no stranger to flying over Apple’s massive site where the company’s 2.8 million square foot ring-shaped iSpaceship facility is being built. Previously, the reported snapped up several aerial photos that have documented progress at the site.

Specifically, his photos have revealed the demolition process and construction as the upcoming corporate campus started to take shape, with a massive ground imprint clearly visible in the aerial shots.

Thursday, he posted a new photo revealing a network of underground tunnels…

These underground tunnels will be likely used to support the whole ring-shaped structure, or perhaps an underground parking lot for about 2,400 cars.

Additional facilities will be located below the ground level as well, among them a 100,000 square foot fitness center, a 120,000 square foot auditorium for corporate events and internal employee meetings and more.

The new HQ is definitely getting closer to launch.

When completed, Campus 2 (as is officially called) will become a new home to some 12,000 Apple employees and will complement Apple’s current headquarters at 1 Infinite Loop in Cupertino, California.