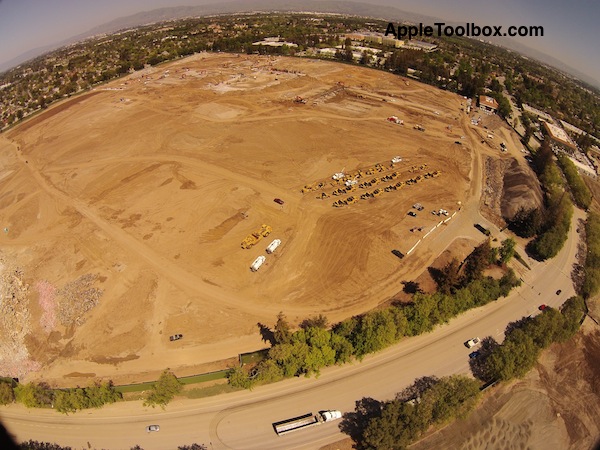 As the initial set of aerial shots and subsequent high-quality photographs showed, construction workers were busy for weeks prepping the gigantic iSpaceship site (located along Ridgeview Ct.), with bulldozers flattening the terrain and excavators clearing the rubble on the site.

The demolition phase now appears to have been completed: latest aerial images show that Hewlett-Packard’s former campus buildings are gone now, leaving a large expanse in the far northeast corner of Cupertino, where a massive 2.8 million square foot structure will erect by 2016…

Apple Toolbox, which took those images, notes that significant progress has been made versus a month ago, when it first used aerial photography to monitor the project’s demolition phase.

There are no buildings left standing. There is a lot of work being done by heavy construction machines throughout the field.

In addition to HP’s former buildings, construction workers also had to remove trees and the concrete roadways. The 2.8 million square foot structure will house 12,000 employees and be surrounded by a cluster of apple trees, bike paths, roving footpaths and more. 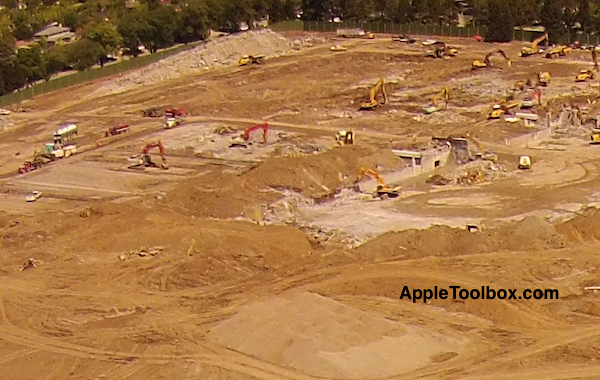 There’s going to be a massive parking lot underground, as well as an off-site underground facility for corporate events, media announcements and meetings. More than a thousand bikes will be kept on the iSpaceship site.

Check out the additional shots below. 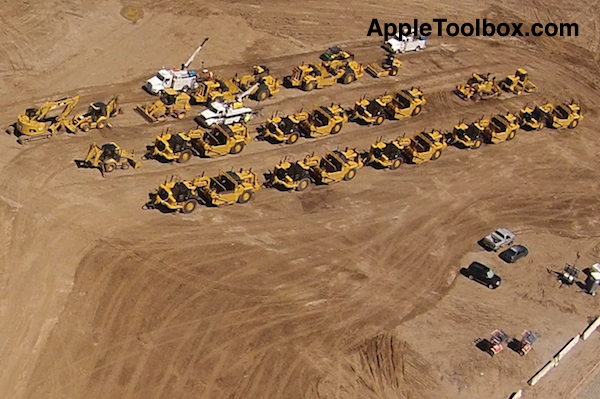 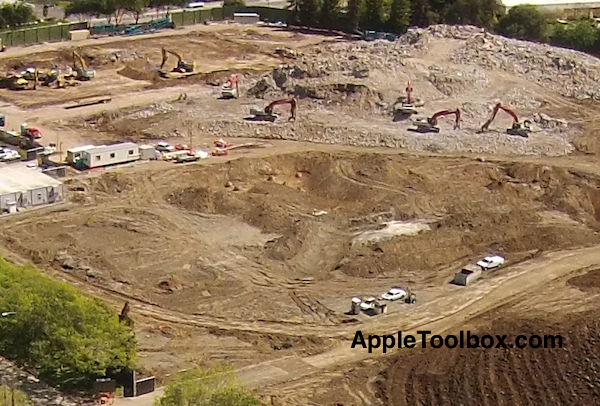 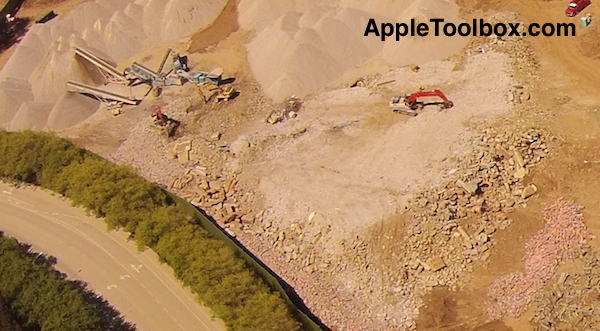 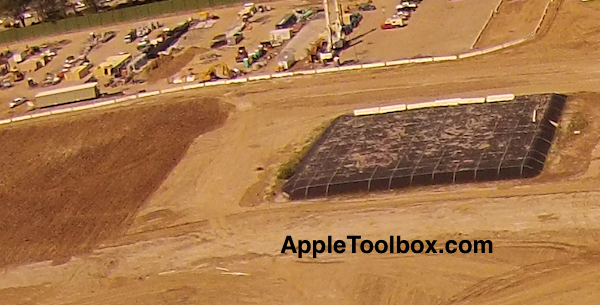 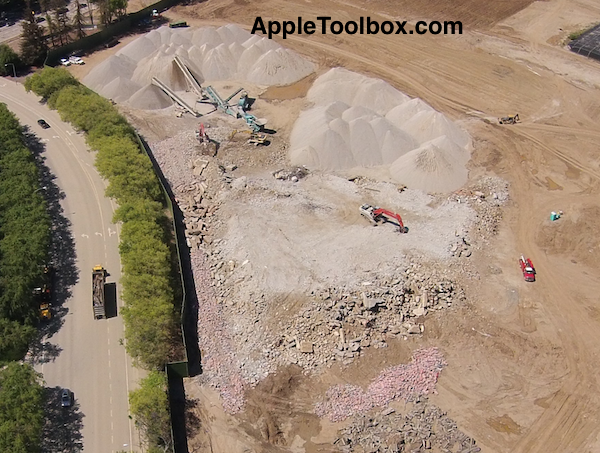 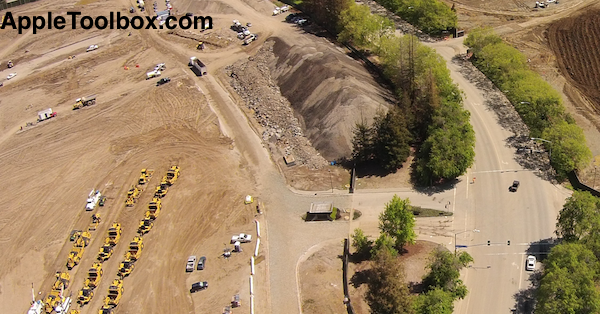 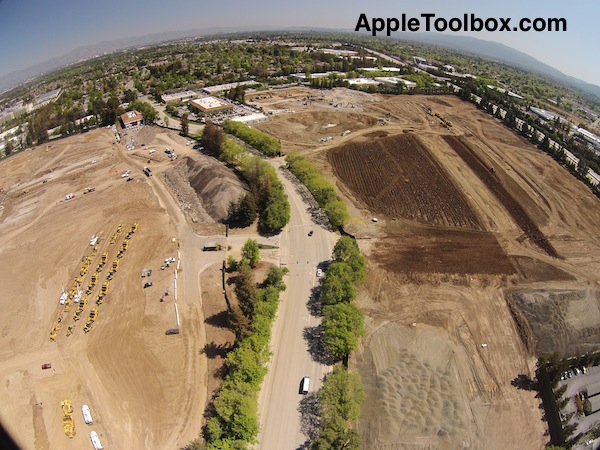 Apple Toolbox has more aerial photographs so check out the images at the source link and come back here to chime in with your thoughts down in the comments.