As expected, Apple has officially launched its iPhone and iPad trade-in program in Australia today. The company made the announcement via a statement provided to an Australian MSN affiliate this morning. 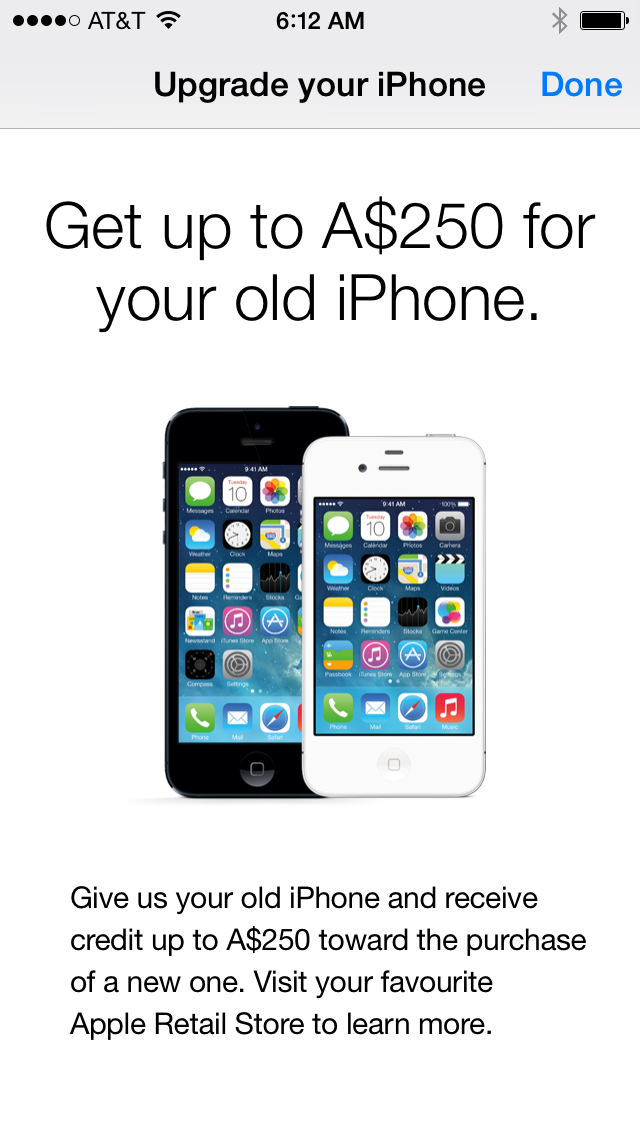 Here’s the statement via 9News:

Customers can receive a maximum of $250 credit towards a new iPhone or up to $215 for an iPad, Apple said in a statement on Tuesday.

The latest models – the iPhone 5S, iPhone 5C, and iPad Air – are not eligible for the credit, nor are Apple’s first-generation models, though customers can still bring them in for recycling.

First launched in the United States in August of last year, Apple’s iPhone trade-in program allows you to trade in your eligible iPhone for store credit, which you can then use towards the purchase of a new one.

Since its US debut, Apple has rolled out the program to several other countries including France, Canada, Italy, and Germany. Additionally, the company expanded the initiative earlier this year to include iPads.