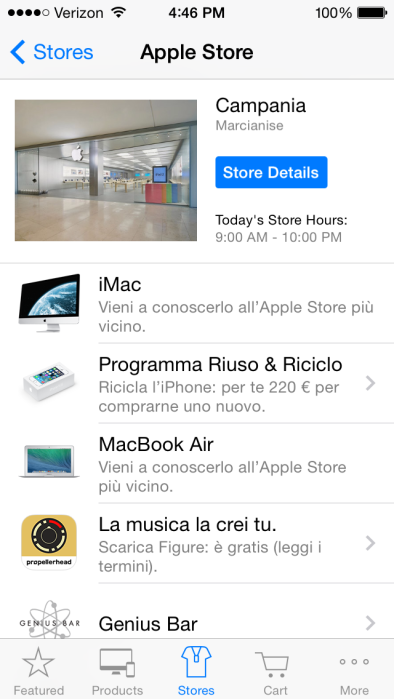 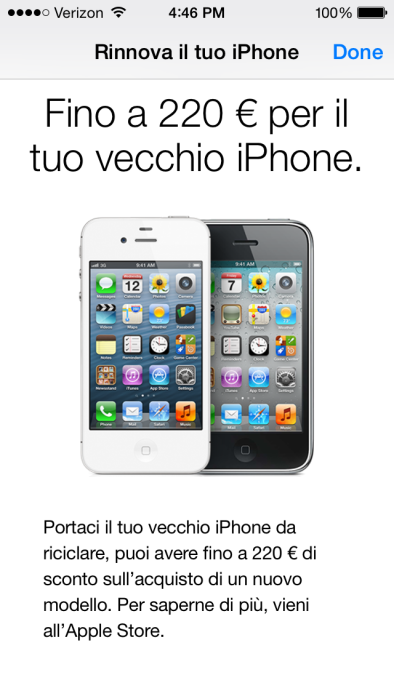 Last August, Apple Stores in the United States started accepting customers’ older iPhones (iPhone 3G and up) in exchange for a credit redeemable against the purchase of a brand spanking new iPhone.

The iPhone trade-in has since expanded to Canada, the United Kingdom, France and Germany and has now gone live in Italy. Furthermore, the initiative is set to expand to Australia in the coming days.

Customers in Italy can now trade in their older iPhone model for an Apple Store Gift Card worth up to €220, which works out to about $300. Folks can then use the store credit towards the purchase of a new iPhone, helping bring upfront payment down to a more bearable level…

Part of Apple’s existing iPhone Reuse and Recycle initiative, the trade-in promise to dispose of customers’ iPhones in an environmentally sound manner rather than throw the devices away in landfills.

The iPhone trade-in was first communicated to Italian customers via Apple’s free of charge Apple Store app for the iPhone and iPad. Well connected blogger Mark Gurman has learned that the iPhone trade-in will go live in Australia as soon as this week, with retail employee training down under now in full swing.