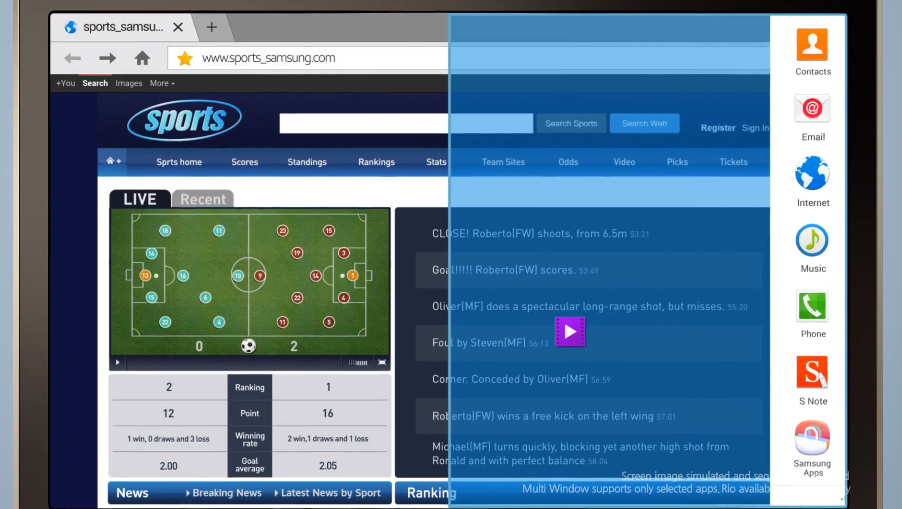 The iPad is no stranger to getting bashed in TV commercials—both Amazon and Microsoft have attacked the tablet over price, display quality, and productivity capabilities. And today, Samsung joins the party with its new Galaxy Tab S ad.

The spot, which went up on the Samsung Mobile YouTube channel this afternoon, is titled: ‘Do more with Samsung GALAXY Tab S – Multitasking.’ And unsurprisingly, it pans the iPad for its inability to run multiple applications at once…

Samsung GALAXY Tab S helps you smoothly juggle between work, entertainment, and life. Manage your work and life seamlessly with the Multi Window function on the GALAXY Tab S.

Watch how everyone in the family is kept happy.

The ad starts out with a child crying as his dad turns off his cartoon to check out the game on his iPad Air. The Air is then replaced with a Tab S, which has the the ability to run 2 apps at once, allowing the two to watch what they want simultaneously.

Interestingly enough, it’s been discovered that Apple is working on a feature in iOS 8 that allows two apps to run side-by-side on full-sized iPads. The functionality is not publicly available in the current beta, though, and it’s unclear when/if it will be.

What do you think of the 2 spots?