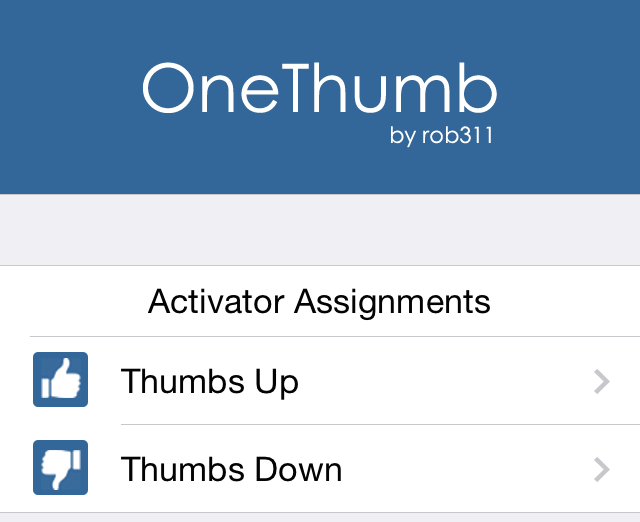 OneThumb is a unique new jailbreak tweak that works with Spotify, Pandora, and iTunes Radio. It allows you to use a universal Activator gesture to input thumbs up or thumbs down ratings across all eligible apps.

Instead of having different manners and methods for curating radio stations, OneThumb brings it all under one umbrella. We’ve tested it out, and we can vouch that the tweak works exactly as it is described. Take a look at our video inside for all of the details.

After installing OneThumb, you’ll need to go into its preferences and establish Activator gestures for both the thumbs up and thumbs down actions. Once you do, you can start using it immediately with iTunes Radio, or download one of the other two supported apps, Pandora or Spotify.

If you’re a radio listener who cares about curating stations, then OneThumb is a tweak that solves a real problem. It unifies the experience of curating music into a simple workflow.

OneThumb is free on Cydia’s BigBoss repo. Sound off with your thoughts on the tweak below.