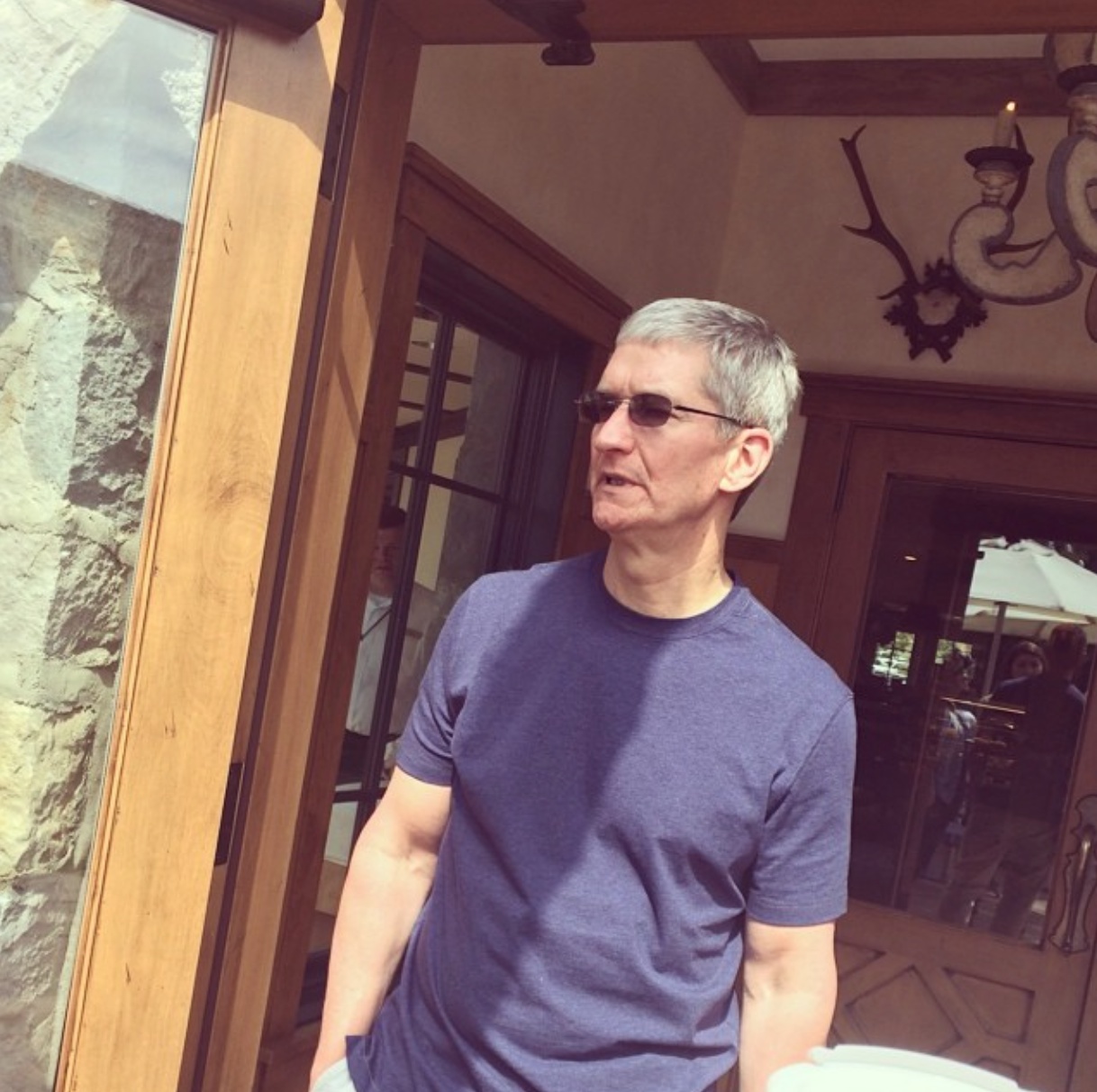 Allen & Company’s annual Sun Valley retreat is kicking off today and a host of media, entertainment and technology executives are now arriving at the Idaho resort.

Among the guests: Apple CEO Tim Cook and Eddy Cue, a Senior Vice President of Internet Software and Services who also happens to handle Apple’s relations with Hollywood studios and record labels.

The two men were photographed wondering around the resort. An attempt by one journalist to find out whether the executives are in attendance to cut media deals could not yield a satisfactory response…

The Information editor Jessica Lessin snapped the above and below photos of Cook arriving at the resort.

When asked whether he was dispatched to Sun Valley to cut new deals with media conglomerates, Apple’s Cue responded, “nah, just going back to my hotel room”.

According to Lessin, Cook half-jokingly told another reporter with a Samsung phone to get a new one.

Ok Apple’s Tim cook just told me to upgrade my phone. It’s a Samsung. I dont think I redeemed myself by saying I also had an iPhone

Re/code‘s Kara Swisher previously spotted Cook, Cue and a number of other high-profile names in media and technology on the conference’s guest list. 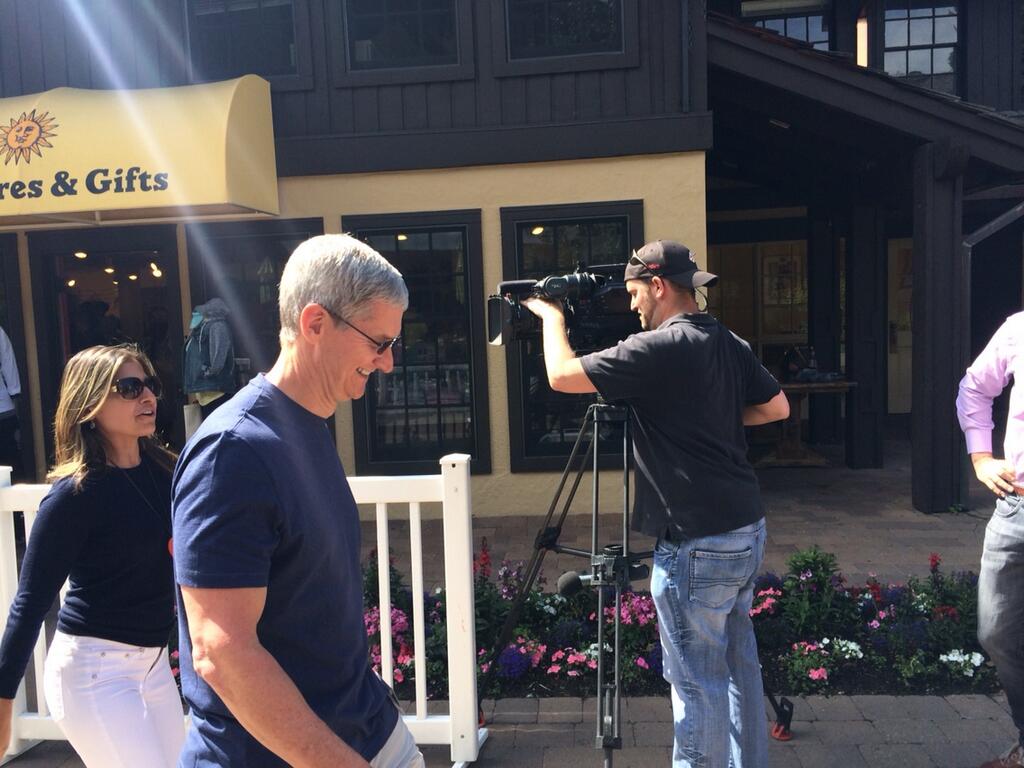 Here’s Cook chatting with reporters, courtesy of Amir Efrati of The Information. 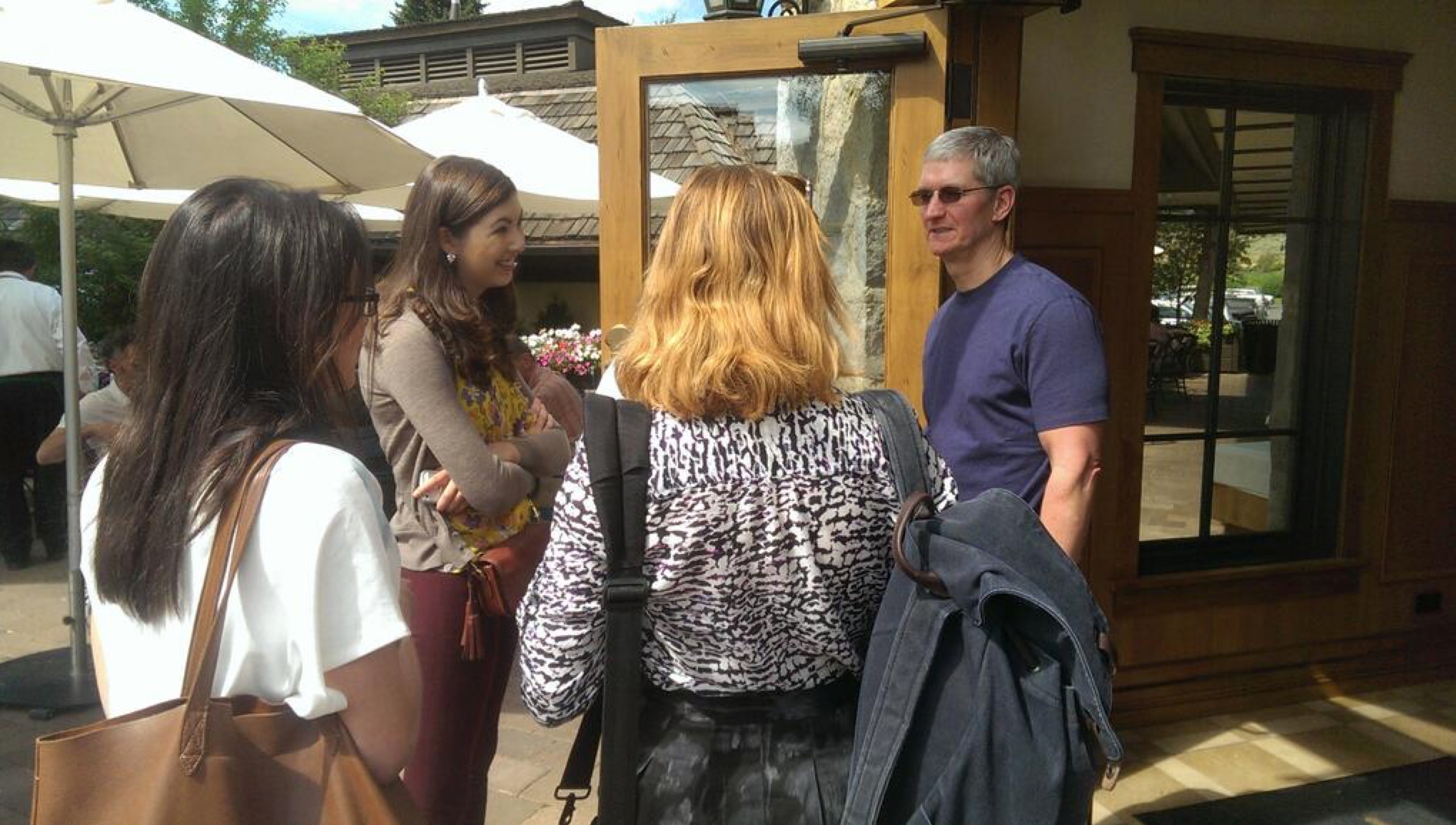 The photo below was shared by Jon Erlichman of Bloomberg. 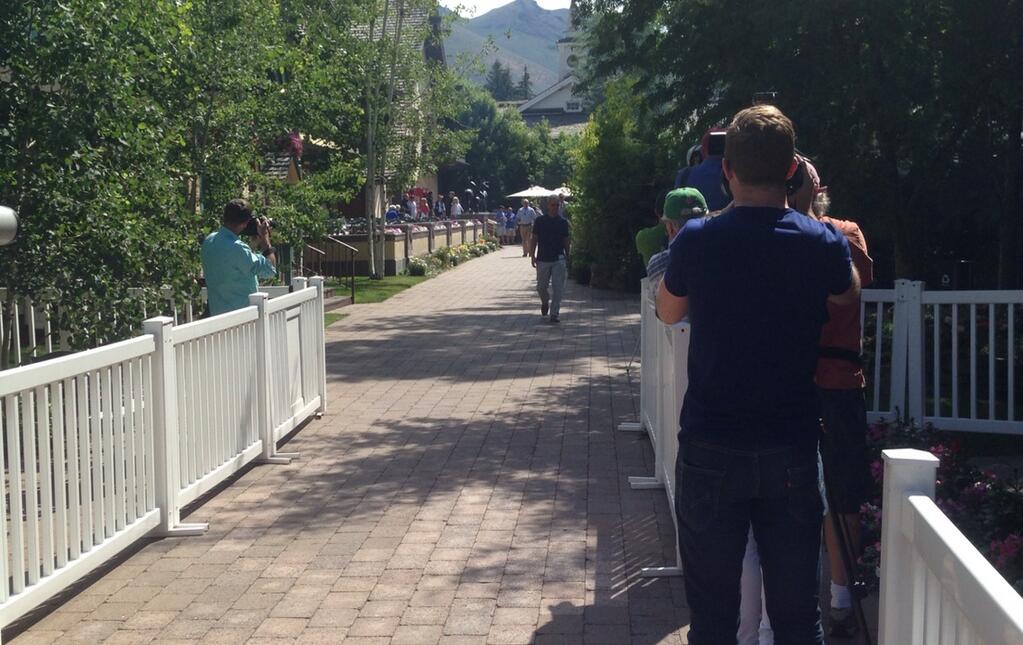 Disney CEO Bob Iger, who will be in attendance, is an Apple board member.

Cook first attended the Sun Valley conference in 2012, a few short months after he’d officially become the CEO of Apple. Cook and Cue then attended the retreat in 2013, mingling with record label executives and Hollywood studio heads.

Although the iPhone maker is buying Beats for the reported $3 billion, we don’t expect any new deals of this magnitude to be announced at the conference. At any rate, we’ll be following the event and making sure to report on the juiciest bits.