The annual Sun Valley conference hosted by Allen & Company, a premier investment bank for the media and entertainment sector, is about to kick off Tuesday.

Apple CEO Tim Cook is said to again attend the confab that many insiders liken to a mogul-fest because it gathers under one roof media moguls, Silicon Valley luminaries, finance titans, influential investors and powerful figures in tech…

Re/code‘s Kara Swisher, who obtained the guest list last week, was able to identify a number of high-profile names in technology and media who will be in attendance. 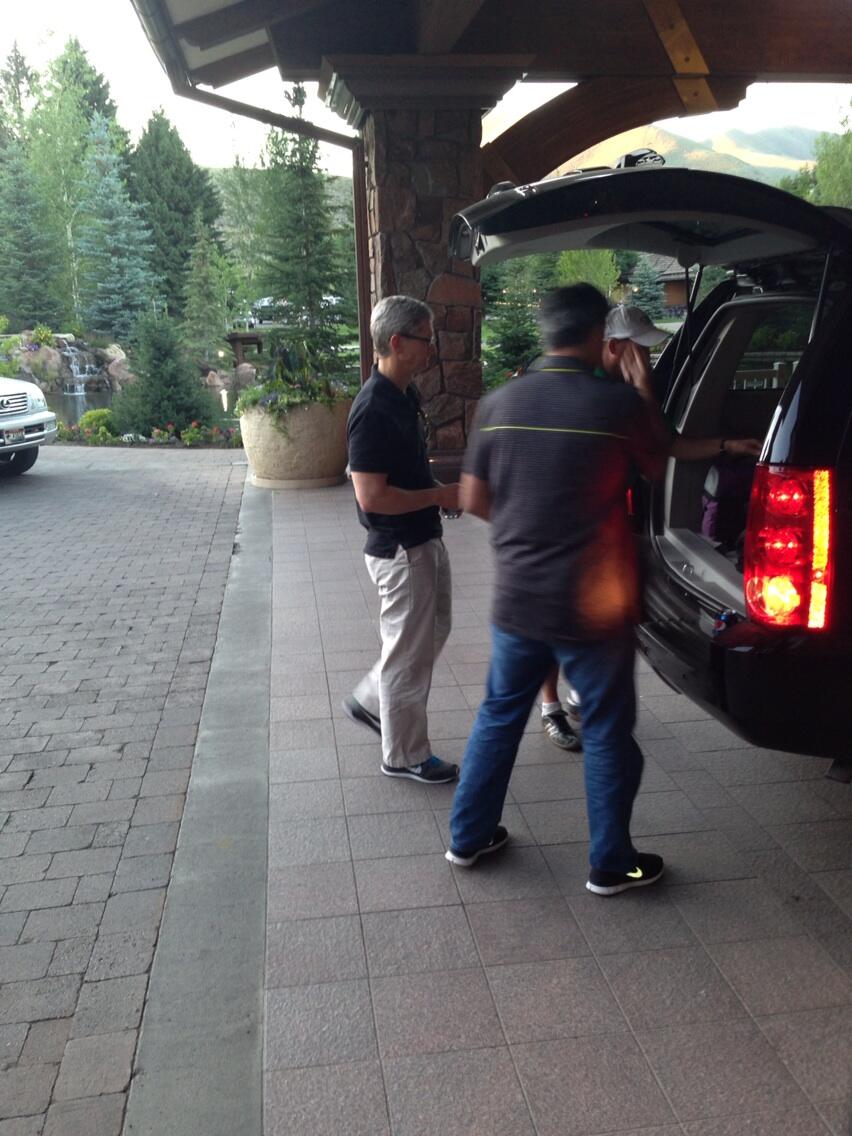 CNN’s Erin Burnett and the inevitable Charlie Rose are on the guest list so we’re expecting some rather interesting on-camera interviews.

According to the Wall Street Journal, this year’s conference will be about monster deals like Comcast’s proposed acquisition of Time Warner Cable and AT&T’s proposed purchase of DirecTV.

“Some media executives and Wall Street deal makers say they wouldn’t be surprised to see a company such as Apple, Google or Amazon eventually jump into the bidding for a media company,” writes WSJ.

Cook first attended the conference in 2012, a few months into his CEO role at Apple. He was spotted rubbing elbows with some of the biggest names in media, although no deal came as a result of his power-schmoozing.

That’s not saying the conference is irrelevant, quite the contrary – in years past such deals as Comcast buying NBC and Amazon’s boss Jeff Bezos buying the Washington Post were brokered here, for example.

Last year, both Cook and Cue attended the retreat and mingled with record label executives and Hollywood studio heads. Although the two men did not cut any deal at the conference, Apple is now buying Beats for the reported $3 billion.

We’ll be keeping you up to date on important developments and major news coming out of the conference.