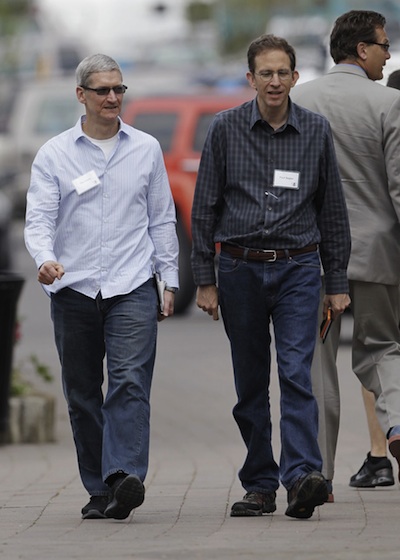 Starting today, the Idaho-based Sun Valley Resort will play host to more than 300 executives from both technology and media companies for the annual Sun Valley conference hosted by Allen & Company, a premier investment bank for the media and entertainment sector.

The high-profile guests—which on the media side includes Disney’s Bob Iger and CBS’ Les Moonves, and on the tech side includes Mark Zuckerburg and Tim Cook—will attend lectures, group dinners and barbecues. And close attention will be paid to who hangs out with who…

“Liberty Media Corp (LMCA.O) Chairman John Malone, who has bought and sold cable and media companies for decades, might be the most popular billionaire roaming the Sun Valley Resort as deal making returns to the spotlight at the annual gathering of media and tech moguls…

Of course, Cook’s attendance doesn’t come as a surprised. The CEO was spotted at last year’s Sun Valley conference rubbing elbows with some of the biggest names in media, fueling speculation that he was looking to negotiate media deals for Apple’s long-rumored ‘iTV’ service.

But speculation isn’t needed this time. Apple is clearly looking to further its relationships with major networks and studios—just recently the company added HBO Go and WatchESPN to its Apple TV lineup. And word has it that it has a big Time Warner Cable deal in the works.

It’ll certainly be interesting to see what, if any, news comes out of this week’s conference. It starts today and will run through Friday.