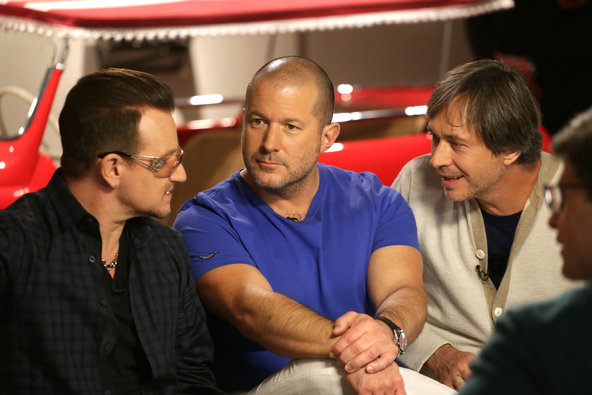 Apple’s design guru Jonathan Ive rarely gave any interviews under the Steve Jobs regime. But this are different now, this is Tim Cook’s Apple. In another sign of much-welcomed openness signaling that the Cupertino firm has changed its ways when it comes to public relations, it’s increasingly making its key executives available to media.

The fascinating read touches upon a number of interesting topics dealing with Apple’s design process, giving us valuable insight into what it was like to brainstorm products with Steve Jobs watching over your back, especially contrasted to Tim Cook’s more relaxed approach which delegates much of Jobs’s multi-faceted work to Ive and several new executives…

I’ve compiled some choice quotes from both NYT’s Q&A with Ive and its profile of Tim Cook.

“Honestly, I don’t think anything’s changed,” Ive said responding to a notion that with Cook on board, innovation has taken a backseat at Apple in favor of evolution.

As for the exciting new products which Cook has repeatedly been saying are coming, Ive said that folks at Apple “felt exactly the same way when we were working on the iPhone.”

Keenly aware that he isn’t exactly a kind of a product guy that Jobs was, Cook is assembling a creative brain trust of top experts to assume Jobs’s product development responsibilities.

Mr. Cook is not saying “I’m here to replace him,” said Bono, who is a managing director and co-founder of the venture capital firm Elevation Partners. “He’s saying, ‘I’ll try to replace him with five people.’ It explains the acquisition of Beats.”

Ive, Cook and other members of the leadership team meet about three times a week, sometimes in Tim’s offices and other times in Ive’s design bunker.

We all see the same physical object. Something happens between what we objectively see and what we perceive it to be. That’s the definition of a designer – trying to somehow articulate what contributes to the way we see the object.

According to the article, the device will release in the fourth quarter of this year and could help users monitor heart rate and other vital measures, thus improving one’s health and limiting doctor visits.

Mr. Cook is less involved in the minutiae of product engineering for the watch, and has instead delegated those duties to members of his executive cabinet, including Mr. Ive, according to people involved in the project, who spoke on condition of anonymity because they were not authorized to speak to press.

Ive says that innovation at Apple has always been a team game.

It has always been a case where you have a number of small groups working together. The industrial design team is a very small team. We’ve worked together, most for 15 or 20 years.

That’s a fairly typical story here: Creative teams are small and very focused. One of the underlying characteristics is being inquisitive and being curious. Some of those personal attributes and hallmarks haven’t changed at all.

Steve established a set of values, and he established preoccupations and tones that are completely enduring – and he established those principals with a small team of people. I’ve been ridiculously lucky to be part of it. But Tim was very much part of that team – for that last 15 or 20 years.

“I design and make,” Ive speaks of his role at Apple. “I can’t separate those two.

On Apple’s love for materials:

This is part of Steve’s legacy. Deep in the culture of Apple is this sense and understanding of design, developing and making. Form and the material and process – they are beautifully intertwined – completely connected. Unless we understand a certain material — metal or resin and plastic — understanding the processes that turn it from ore, for example – we can never develop and define form that’s appropriate.

I remember clearly a time when we made plastic portable computers, and Steve and Tim and I sat down and said we wanted to build an incredibly thin and light portable computer. There was a whole range of challenges from an engineering point of view: How it worked in a new material, titanium. That meant we had to completely redesign and discover new partners to work with, hire a whole new organization.

He goes on to hint that Apple is now exploring materials “we haven’t worked in before” and Liquidmetal immediately comes to mind. “I’ve been working on this stuff for a few years now,” he teased. “Tim is fundamentally involved in pushing into these new areas and into these materials.”

Since Scott Forstall’s departure, Ive has been providing “some leadership and direction” in terms of user interface although the change in that regard isn’t “as dramatic as you might assume.”

“Titles or organizational structures, that’s not the lens through which we see our peers,” he said.

It is hard for us all to be patient. It was hard for Steve. It is hard for Tim. At any point in time, working on something, it’s always hard to just keep focusing on the product. One of the things different between us and some of our competitors is we just focus on the product, developing good products.

And this on the ‘Apple is doomed’ meme:

I urge you to read NYT’s stories – they’re both interesting reads and you’re definitely going to learn something new about post-Jobs Apple. 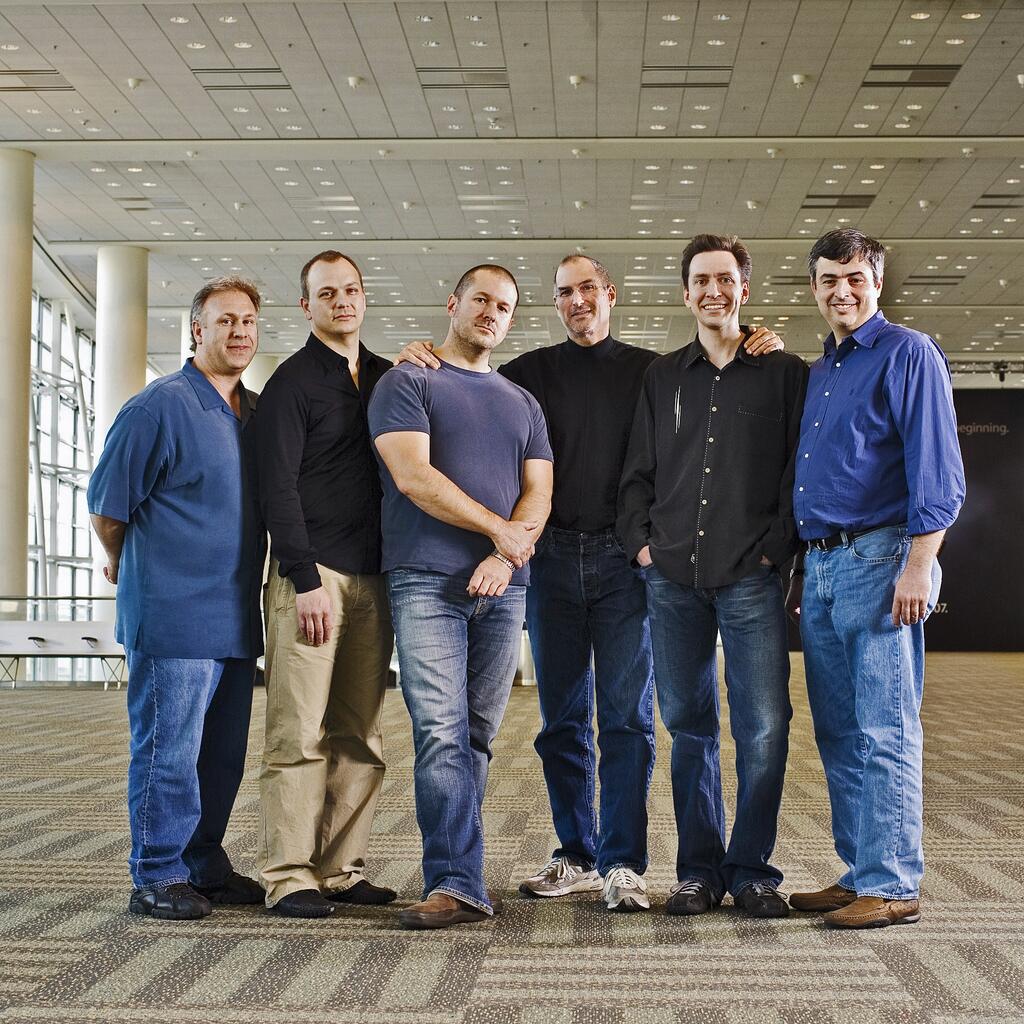 Here are the Smartphone Kings, pictured as a team in 2007 after the iPhone’s debut.

More than NYT’s write-ups, I find it really fascinating that Apple’s leadership is now more comfortable with delegating product development to a broader range of capable individuals. Jobs was famously controlling and his hands-on approach to advertising and public relations used to permeate virtually Apple’s every move.

Coincidentally or not, Apple’s newly found openness coincides with the retirement of its longtime PR head Katie Cotton. Search is now underway for a “friendlier, more approachable” face and Apple is reportedly looking outside the company to find the right candidate to fill Cotton’s big shoes.

Another sign of changing times: Apple was on the verge of firing its longtime ad agency over the suggestion that it changes its ways. The blunt statement came after marketing head Phil Schiller emailed TBWA a link to the WSJ article headlined “Has Apple Lost Its Cool To Samsung”.

Following that misstep on TBWA’s part, Apple started moving much of its TV advertising in-house and is now ramping up hiring of top advertising execs (and agencies) for its 1,000+ people strong ad team.

Back to that precious Smartphone Kings photo.

Let’s play Caption Contest down in the comments, shall we?