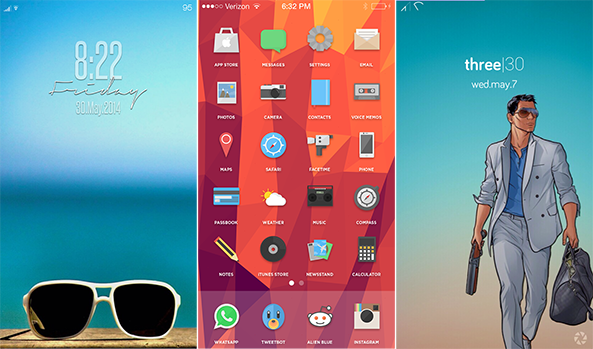 A few weeks ago, I shared three beautiful iOS theme setups for the iPhone. Judging by the amount of readers that left comments, including those that shared their own setups, I would say it was a resounding success. A few readers asked that we follow up with another similar post, so here we are with three more colorful iOS theme setups to go along with the summer season. The setups come from the /r/iOSthemes community on Reddit, and we’ve included the jailbreak tweaks and themes used where possible… 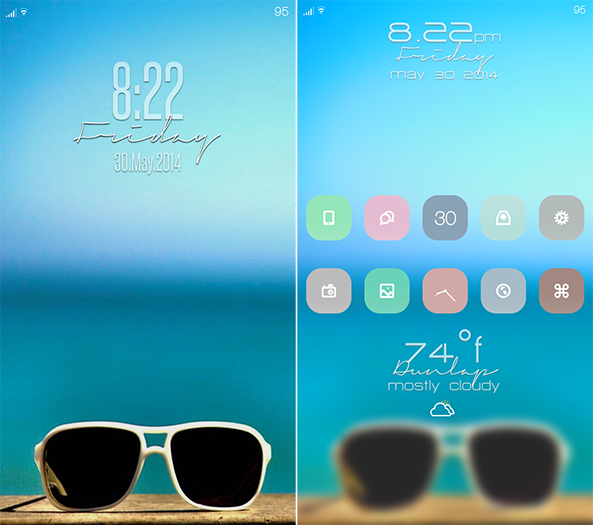 This is a gorgeous summer setup, perhaps because of my love for the color sky blue. To achieve the Lock screen setup, he is using the Elegante LS widget with GroovyLock and Forecast. Then for the Home screen, he has Mandalino custom icons with a matching Elegante iWidget and used Blurpaper to create the blurred wallpaper effect.

Springtomize 3 is the tweak used to hide the clock. The status bar is based on the Elite7 theme and After Hours status bar theme. He is also using a custom font called Aliquam, which can be applied with BytaFont 2. The sunglasses wallpaper is available on Imgur. The full setup is explained in this Reddit thread, with several other tweaked elements. 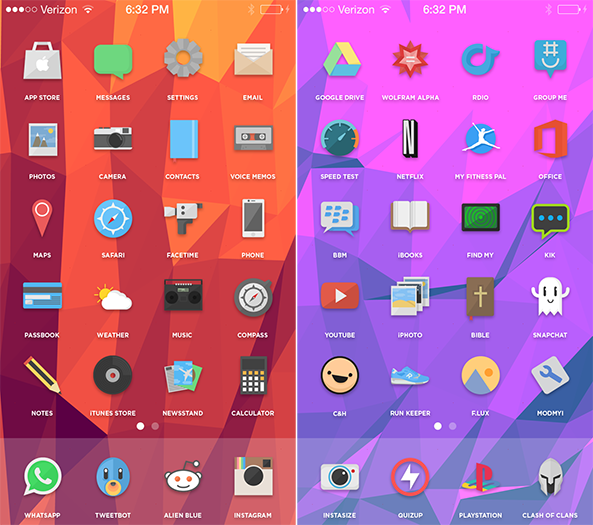 Next up is a look at the Kvasir theme for iPhone, which can be downloaded on Dropbox and placed into the Winterboard themes folder using a program like iExplorer or iFunBox. It is also available on Cydia in the default ModMyi repo. The theme features over 190 custom icons, which take the form of colorful glyphs rather than the traditional rounded off square appearance.

The colorful wallpapers used are available on Tumblr. For further information and to make additional icon requests, go to this Reddit thread. If you are looking for other themes for your iPhone, iPad or iPod touch, I recommend looking into our best Winterboard themes roundup or Theme Thursday series that ran a few months ago. There are dozens of themes to choose from. 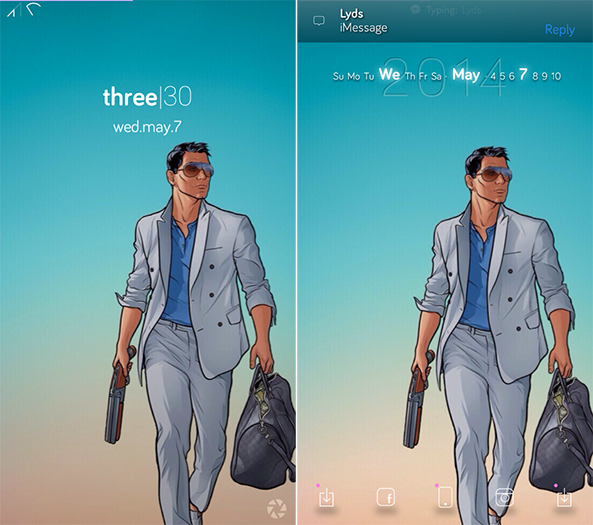 This is a Archer Vice or Gotham setup that is quite interesting. For the Lock screen, the tweaks used include JellyLockClock7, Springtomize 3, Stride 2, Camera Aperture Grabber and ColorPads 3. For the Home screen, the tweaks used are BatteryStatusBar, Minimal Wifi-Signal CS, Minimalistic SB iWidget, Gotham Complete custom icons, Bariol custom font using BytaFont, Badge Customizer, IconOmatic, DockShift, TypeStatus, FlagPaint7 and SBCenterBlurrr. Here is the wallpaper used. Additional setup details can be found on this Reddit thread.

Let us know what you think about these theme setups in the comments, and be sure to share your own for others to see. Make sure that you include which jailbreak tweaks and themes you are using, both to help others and so that we can explain your setup if we feature it in a future post. I recommend visiting the source link for each of these setups for additional details, as they are often more complex than what is shown above.