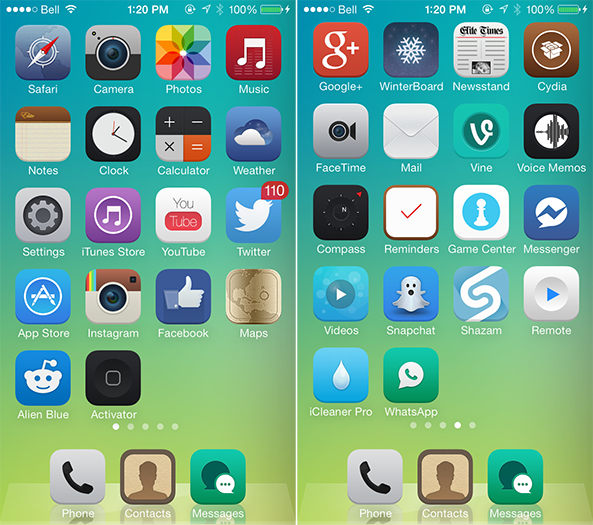 A few weeks ago, I spoke with a respected graphic artist about the new challenges that iOS 7 presents for theme makers. In concluding that article, I stated that while the all-new user interface would certainly prove more difficult to customize, it would still be possible with some new techniques. Right on queue, it appears that at least one person has volunteered for the task.

Philadelphia-based Rob Grohman (BarsOverBeats) has been working on an upcoming theme called Elite7 for iPhone, iPad and iPod touch, and it is one beautiful package. I’m not just talking about a custom icon set, but rather one of the first themes designed to customize virtually the entire iOS user interface down to the tiniest details. We’ve got a sneak peek ahead… 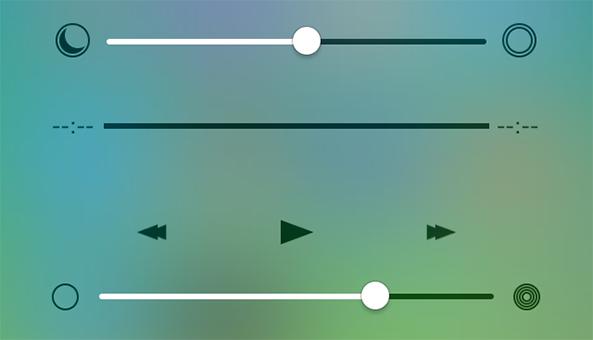 Elite7 themes several iOS elements, from the Status Bar and Control Center to the bottom bars in the Safari and Mail apps. The smallest of “glyphs,” for lack of a better word, are even skinned, like app notification badges and the five symbols at the bottom of the Emoji keyboard. Grohman has been digging deep within the iOS filesystem to make these modifications, and has plans to theme virtually all glyphs he can find.

Grohman, a desktop infrastructure engineer, spoke to me about that process:

You can theme almost any ‘glyph’ down to the Emoji globe on the keyboard. It’s a matter of persistence and patience. I am working on theming pretty much all glyphs I can find. Bottom bar in Safari done, bottom bar in Mail, Status Bar UI and Control Center. I think it really boils down to the fact that people do not like to dig, whereas I do.

The custom icons themselves are very detailed, as they have been designed by hand one pixel at a time. The quality and effort put into the icons is highly apparent, and I think the App Store, Notes, Safari and Settings icons in particular look much better than their stock counterparts. My only complaint is that I feel that the design of the icons altogether is lacking in consistency somewhat compared to themes like StayClassy or Soft Remix. 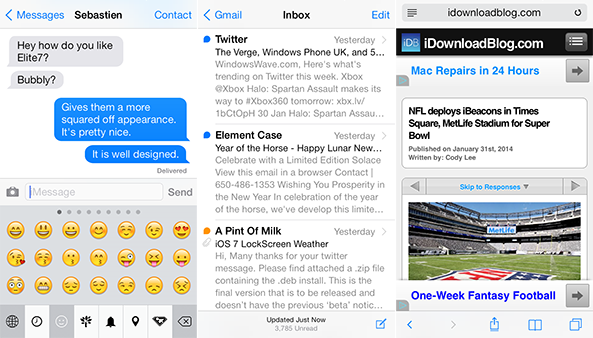 Elite7 remains a work in progress, with access to the beta and all future versions available on a subscription basis. In terms of an ETA, Grohman originally planned to release the theme as early as tomorrow, but is now targeting next Sunday so he can make some further additions.

Elite7 will be released on Cydia with dedicated iPhone and iPad versions for both HD and SD devices. For each of those devices, there will be a matching pack of over 60 wallpapers. The theme also includes support for ClassicDock, which I am using in the screenshots above, and Iconomatic tweaks.

For other themes, browse our Winterboard roundup and new Theme Thursday series.

Do you want your theme featured?