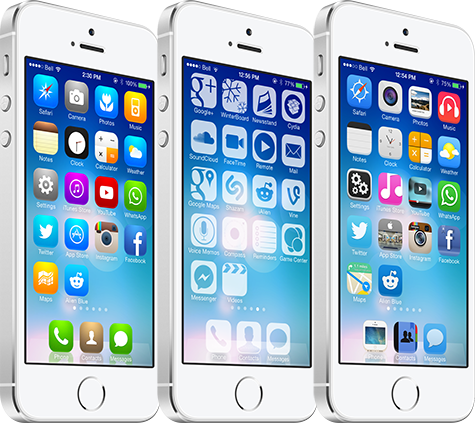 There has been a landslide of new themes released on Cydia in the past few weeks, some of which we covered in our recent roundup of the 10 best Winterboard themes for iOS 7. In an effort to continue that coverage, we are introducing a new series called Theme Thursday to showcase some of our favorite releases each week.

If you know of a good theme that isn’t covered here, please leave your recommendations in the comments for inclusion in a future roundup. In the first edition, we take a look at Acies, Carla, Radiance and more… 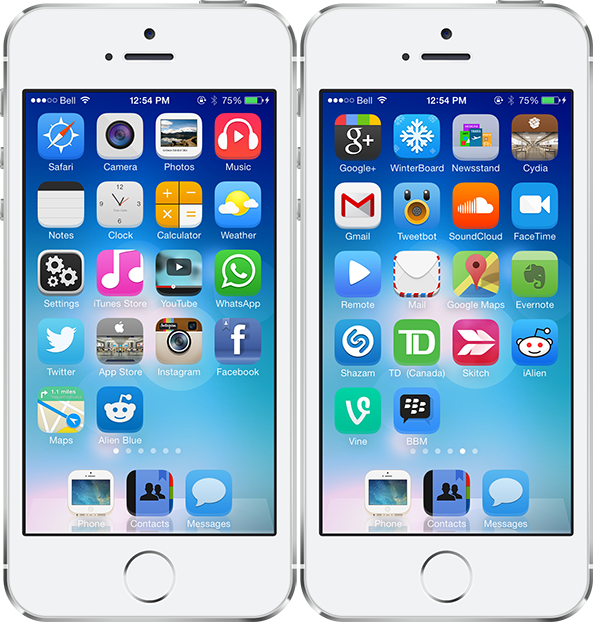 Winfis Design has redesigned its signature Carla theme for iOS 7 with a flat yet detailed appearance. The designers attempted to remove all unnecessary elements from the theme, while preserving the look of what made it popular in the first place. Carla is a universal theme for iPhone, iPad and iPod touch, with over 200 custom icons that are colorful with contoured edges. Existing users of the theme are able to upgrade to the iOS 7 version for free. Carla iOS 7 is $1.99 on the Cydia Store. 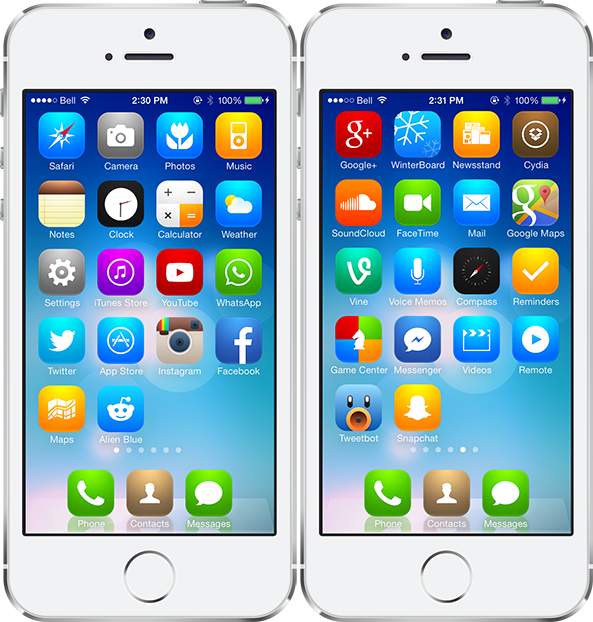 One of my favorite themes that I’ve used since jailbreaking iOS 7 is Soft Remix by Mexican graphic designer Eduardo Lane López, who has since followed up with the release of Radiance. Inspired by the Newport theme, Radiance provides custom glyph icons for all stock apps and a growing number of third-party ones. The icons in this theme have a bright, glossy appearance with a thin outline, and I think it looks great. Radiance for iOS 7 is free on Cydia in the default BigBoss repository. 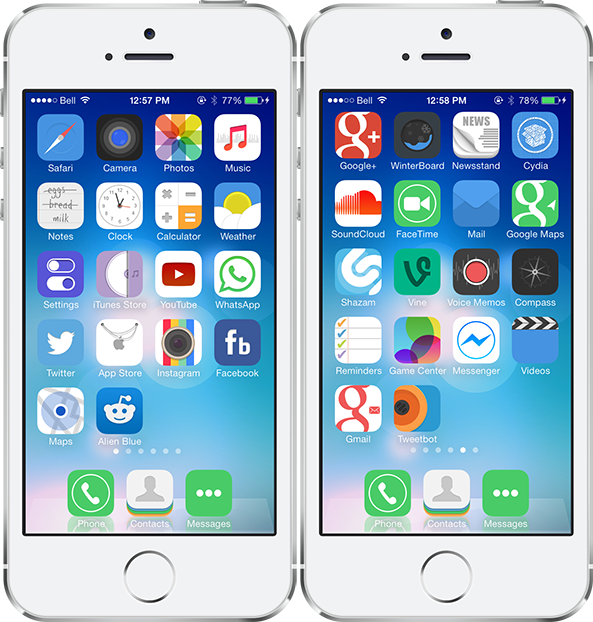 Floridian graphic designer Decke, the creator of Accendo and Flaterize, has returned to the scene with the release of Acies. With a carefully considered color palette, this icon set theme provides a fresh alternative to the stock iOS 7 icons. The designer is currently fulfilling icon requests to be included in future updates. Acies, compatible with iPhones, iPads and iPods running iOS 7 or later, will set you back $1.29 on the Cydia Store from the default MacCiti repository. 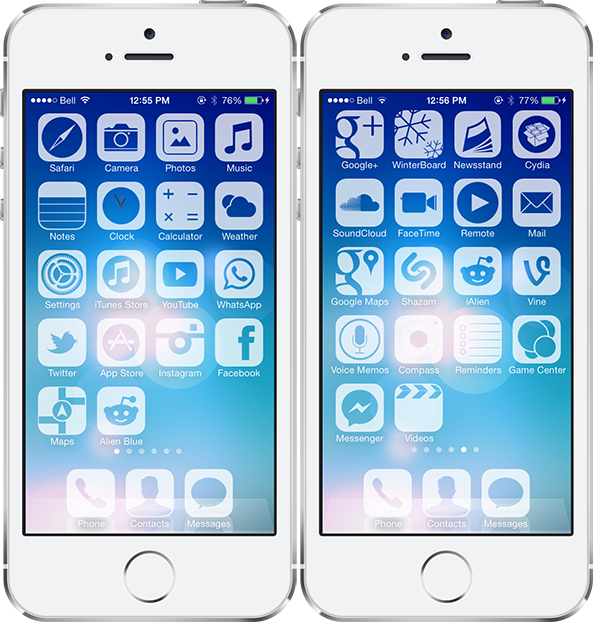 With simplicity being at the heart of iOS 7 design, this new iPhone theme by Mike Birkey uses transparency to achieve a similar look to Control Center. Just be prepared for non-themed icons to stick out like huge eyesores, until more requests are fulfilled. 7ransparency comes with nine different color hues that can be enabled through Winterboard: yellow, white, violet, red, pink, orange, green, blue and black. I’m using white in the screenshots above, which I think goes well with my baby blue wallpaper and ClassicDock. 7ransparency is free on Cydia in the BigBoss repo. 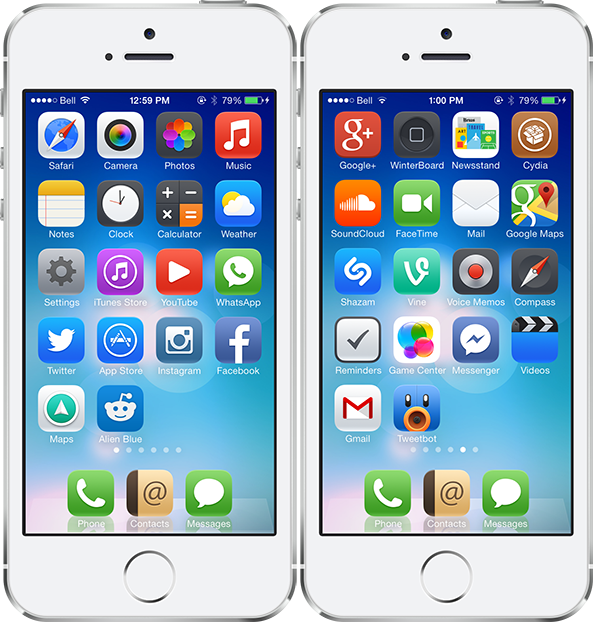 Last, but certainly not least, is Mojo for iOS 7 designed by Kubilay Sapayer from the Netherlands. This theme actually bears some resemblance to Acies above, and is another one of my personal favorites. Mojo for iOS 7 uses a combination of flat colors and shadows to achieve a design that I think fits with iOS 7 overall. Some designers face criticism for simply slapping glyphs on a flat icon, but I still think this looks nice. Better yet, it’s in the BigBoss repo for free on Cydia.

Here’s the wallpaper used throughout.

That wraps up this week’s edition of Theme Thursday. As each roundup will typically feature five themes, there will inevitably be some ones that don’t get covered each week. But we’re all ears to your theme recommendations, and will certainly look to include ones that look good in a future roundup. You can make your recommendations in the comments, and I encourage all theme designers to get in touch with me on Twitter (@rsgnl) too.

Which themes do you recommend for next week?